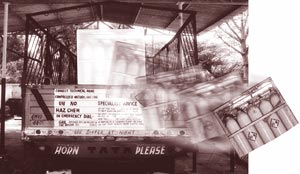 on january 20, 2004, the Indian government announced its revised urea policy. The regulations, given the green signal by the cabinet committee on economic affairs, mainly entail urea units to use feedstock (fuel) of natural gas (ng) or liquefied natural gas (lng). The fertiliser industry has welcomed the development since ng is the cheapest feedstock of the urea sector. Sixty per cent of the country's 30 urea plants are already based on ng. Thirty per cent use naphtha, and only four run on fuel oil/low sulphur heavy stock (fo/lshs).

Such a glaring reality notwithstanding, officials claim the regulations will have a significant environmental impact. " ng/lng are cleaner fuels than naphtha or fo/lshs. Moreover, its use will help save natural resources, as less amounts of ng/lng are required for urea production," states S P S Tomar, section officer at the department of fertilizers.

But as per environmentalists, the policy highlights the narrow vision of the government towards cleaner fuels like ng. So observes the Supreme Court (sc), in its order of April 5, 2002: "Overwhelming quantity is allocated to industries to enable them to cut losses, or make more profit at the cost of public health...it is not a sign of good governance."

Traditionally, ng has been consumed by the power and fertiliser industries; but now other sectors, like transport, are also demanding cleaner fuels. Thanks to the efforts of pressure groups, the sc has mandated two cities -- Delhi and Mumbai -- to use compressed natural gas (cng) for their transport sector. Such a development is expected in other cities as well. Lucknow, Kanpur and Ahmedabad have already drawn up their city-level plans and demanded an 'assured' supply of cng. "With the implementation of the new policy, their plans may be stalled. But confining ng to the fertiliser industry will prove futile. The need of the day is a sector-wise allocation of the fuel," asserts Anumita Roychowdhury, associate director of the Centre for Science and Environment, a New Delhi-based non-governmental organisation.

At present an inter-ministerial gas linkage committee allocates ng to the concerned sectors. Most of the fuel gets diverted for industrial use -- 45 per cent to the power sector, followed by the fertiliser industry (25 per cent). The transport sector gets less than five per cent. In future, its share might be reduced further, with the urea sector's demand expected to shoot up by 13. 5 million standard cubic metre per day (mmscmd). The sector is already facing a shortage -- as against a demand of 30 mmscmd, it is being supplied 20 mmscmd. Therefore, the new policy is bound to create a crisis.

To avert the catastrophe, the government should prioritise the allocation of ng for each sector. This is even stated in the sc order: "Union of India will give priority to transport sector with regard to the allocation of cng this means that first (in) the transport sector cng will be allocated and only thereafter to the industries." Introduction of the policy may dilute the sc order.

The best way out, opines Roychowdhury, is a national policy on ng, which includes guidelines about the availability, allocation and pricing of ng. But the policy should not be tilted in favour of the industry. It should be based on environmental and public health criteria. Furthermore, it should ensure that there is an effective price differential for cleaner fuels like ng/lng/cng, so that they remain cheaper than diesel or fuel oil, fuels that cause more pollution.