Funding not enough to save Great Barrier Reef 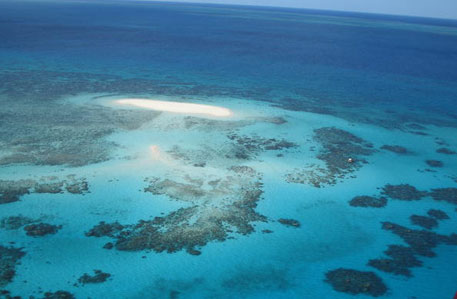 Economics has come in the way of conserving the world’s largest coral reef system, conservationists fear. The World Wildlife Fund (WWF), Australia, has observed that federal funding is just a fraction of what is needed to protect the Great Barrier Reef from chemical pollution.

According to a report of The Guardian, the federal budget set aside only US $100 million for reef conservation efforts, while US $500 million was needed. This is the last budget before UNESCO decides whether to list the Great Barrier Reef as endangered. Lilly Llewellyn, WWF-Australia’s conservation director, told the newspaper that reef protection should have been “made a priority in the budget”.

WWF believes that the slight improvement in coral health is not because of government programmes but due to less flooding in recent times. “Unfortunately, there is not yet evidence that government programmes have led to any improvement,” Nick Heath, WWF spokesperson, told The Guardian. “The sad truth is that the reef is still in big trouble and the funding provided by our governments to tackle water pollution is nowhere near what is required,” he added.

While Australian environment minister Greg Hunt said that Prime Minister Tony Abbott’s government was doing more than previous governments to protect the Great Barrier Reef, Heath says that the federal government is misleading in its claim of spending Us $2 billion on improving the reef over 10 years. “It is being spent on items like promoting maritime safety and providing a search and rescue service. This is legitimate spending, but this money is not going to directly bring back coral, sea grass, turtles and fish,” he said.