G7 commitment to decarbonisation could be more talk less action

While the US and Canada are moving from one fossil fuel to another, other G7 countries are burning more coal since 2009 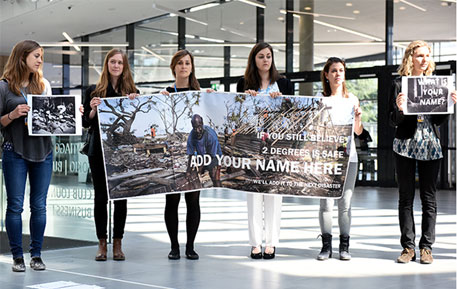 The Group of Seven (G7) industrial nations—the United States, the United Kingdom, France, Germany, Canada, Japan and Italy—along with the European Union have expressed their determination to adopt a legally binding agreement under the United Nations Framework Convention on Climate Change (UNFCCC).

In a summit held in Bavaria, Germany, this week, the G7 said, “2015 would be a milestone year for international cooperation and sustainable development issues. The UN Climate Conference in Paris, COP 21, is crucial for the protection of global climate. The UN summit in New York will set the universal global sustainable development agenda for the years to come… We want to provide key impetus for ambitious results.”

The G7 emphasised that decarbonisation of the global economy over the course of the 21st century would be key to reducing greenhouse gas emissions significantly. The G7 is responsible for 59 per cent of historical global carbon dioxide emissions until 2011, according to the World Resources Institute.

German Chancellor Angela Merkel said, “G7 nations are committed to reducing emissions between 40 and 70 per cent by 2050, as recommended by United Nations experts.”

They also restated that as per the Copenhagen Accord, they would jointly mobilise $100 billion a year by 2020 from both public and private sources.

Apart from direct funding, the G7 also spoke about removing existing investment barriers and promoting finance models with high mobilisation effects. They said 400 million people in the most vulnerable developing countries would be provided with direct or indirect insurance coverage against the devastating impact of climate change by 2020, in addition to supporting the development of early warning systems in the same region.

These climate-related commitments of the G7 are significant. Koko Warne, executive board member of Munich Climate-Insurance Initiative, said, “This is the first time that insurance for climate change-affected people has been identified at such a major platform. Now what we need is to ensure that these programmes are technically established and these initiatives are effectively monitored through close collaborations with civil society on the ground.”

Climate activists have welcomed the announcement related to decarbonisation of the economy. “The decisions made by the G7 today indicated an acknowledgement that there needs to be a phase-out of climate-killing coal and oil by 2050 at the latest,” said Greenpeace’s head of international climate politics, Martin Kaiser. “Merkel and Obama succeeded in not allowing Canada and Japan to continue blocking progress towards tackling climate change.”

In a statement, the Sierra Club made clear that “(It is) the first time that the leaders of the world have made clear with one voice that we must get off fossil fuels completely.”

Like COP 15 in Copenhagen, however, the G7 declaration does not mandate G7 countries to do anything specific. According to Climate Action Tracker, the world’s current policies will result in increasing the global temperature by 3.6°C to 4.2°C by 2100.

Even if the current pledges of G7 countries are transformed into effective policies, a move which is expected to be highly unlikely, it wouldn’t be enough for the world to stay under the recommended 2°C threshold to contain climate change. Climate Action Tracker is an independent science-based assessment which tracks the emission commitments and actions of countries.

A paper released by Oxfam before the Bonn summit claims coal power stations in G7 countries emit twice as much fossil fuel CO2 as the whole of Africa. Five of the G7 countries (including Germany) have been burning more coal since 2009. The remaining two—the US and Canada—are enjoying an oil and gas boom and are replacing one fossil fuel with the other.

Nick Mabey, chief executive of environmental think tank E3G, said in a statement,"G7 leaders have finally understood that the stakes are high for the Paris talks. Either we pay the costs of continually rising climate risks or take decisive action to drive trillions of dollars of clean investment. Paris is fast becoming the biggest political event of 2015."

COP 21 is seen as the “last chance” for governments to form an agreement to determine the fate of the planet’s climate.