Glaciers in western Canada to lose 70 per cent volume by 2100: study 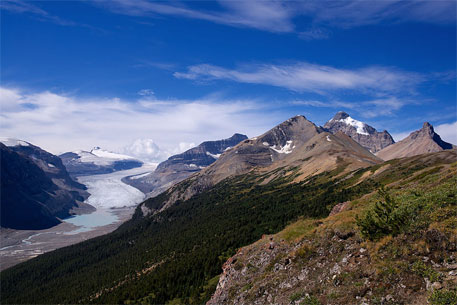 Glaciers in Alberta and British Columbia provinces in western Canada are likely to lose 70 per cent of their volume by 2100, adversely impacting water quality in the region and aquatic ecosystems, says a study. The loss will also hit forestry, agriculture and alpine tourism.

Compared to 2005, the loss in glacial area will be 75 per cent, says the study that was published online in Nature Geoscience on April 6.

“Retreat of mountain glaciers is a significant contributor to sea-level rise and a potential threat to human populations through impacts on water availability and regional hydrology,” the study says.

The researchers used a computer model that combined four well-known scenarios for global warming in this century and used data on three glacier-covered regions and dynamics of ice melt to make the projections.

“We use twenty-first-century climate scenarios from an ensemble of global climate models in our simulations; the results indicate that by 2100, the volume of glacier ice in western Canada will shrink by 70 ± 10 per cent relative to 2005,” says the study.

In two of the three regions studied, the losses could be over 90 per cent. Runoff from the melting ice will peak between 2020 and 2040.