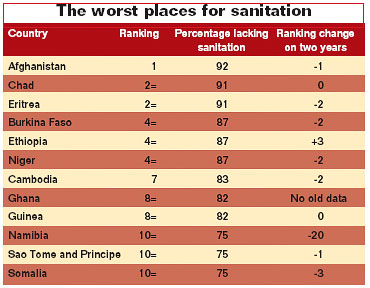 Globally, 2.6 billion people lack access to safe and clean toilets. For example, 92 per cent of the population in Afghanistan don't have proper sanitation; 67 per cent in India as well.

Diarrhoeal diseases, caused by a lack of sanitation and water, are the second biggest killer of children--5,000 each day. This is five times the number of children affected by hiv /Aids 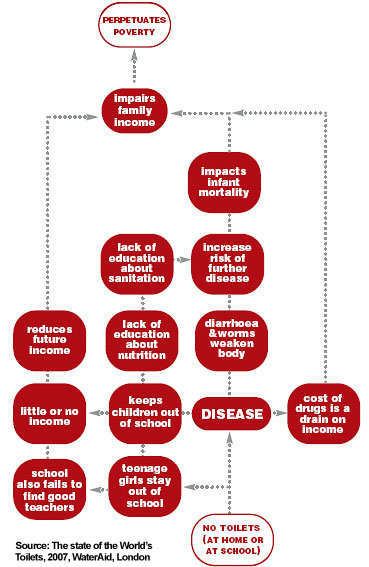 annually to give sanitation to half the people who lack it now, as stated in the UN's Millennium Development Goals, 2002. An estimated 1.6 billion people will need access to improved sanitation over the period 2005-2015 to meet the target. Yet, if the trend since 1990 continues, the world may miss the target by almost 600 million people. In Africa, the objectives might be achieved only by 2076

un says for each us $1 spent on sanitation, about us $9 is saved in terms of health, education and economic development