Global warming had never slowed down, says US study

Temperature data collected by a variety of techniques from both land and sea have always been a source of concern, according to a section of scientists 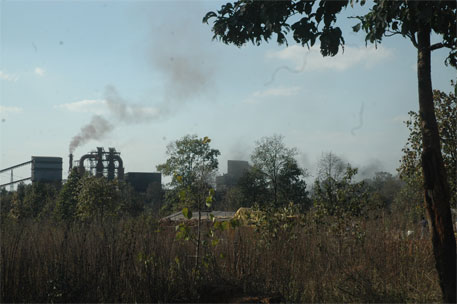 A climate review conducted by the National Oceanic and Atmospheric Administration (NOAA) shows that instead of slowing down, as many skeptics have time and again claimed, global warming has been the same as it was during the last century, reports say.

It seems that the so-called “missing heat” was there all along, according to an article published in Science, a premier academic journal of the American Association for the Advancement of Science.

In 2013, the Intergovernmental Panel on Climate Change (IPCC) came up with the idea that temperature data collected over the past few decades suggested that global warming had actually slowed down around 1998. But the recent study by US-based NOAA scientists disputes IPCC’s claim, saying that inaccurate data caused the misinterpretation.

In their study, NOAA scientists said that previous measurements of surface temperatures on both land and sea have underestimated the rate of warming over the past 15 years. When the figures were properly calibrated it becomes clear that warming continued as fast or even faster than before, they said.

The temperature data, which were collected by a variety of techniques, have been a source of concern, according to Thomas Karl, director of NOAA’s National Climatic Data Center. Scientists have worked for years to improve corrections for bias in the data. “It’s an ongoing activity,” he says.

For much of the past two centuries, ocean temperatures were measured from ships by using a bucket thrown over the side. But different fleets used different measurement techniques and with the passage of time various types of buckets were used. Later, the buckets gave way to ship engine intake measurements. And by the end of the 20th century, far more accurate buoy measurements took over. Thus, each technique required different corrections.

Another problem was incorporating land-based readings from thousands of new measurement stations in regions that have long had scant coverage, such as Asia, South America, and Africa. New data from these three regions have been amassed over the past five years as part of the International Surface Temperature Initiative, which released its first report last year.

In their paper, Karl’s team sums up the combined effect of additional land temperature stations, corrected commercial ship temperature data and corrected ship-to-buoy calibrations. The group estimates that the world warmed up at a rate of 0.086°C per decade between 1998 and 2012—more than twice the IPCC’s estimate of about 0.039°C per decade.

In a bid to estimate how Arctic warming might alter global temperature trends, Karl’s team used a non-linear technique to fill in the data gaps for the polar region. Including the Arctic, they found, would add between 0.02°C and 0.03°C of warming per decade. Karl notes that this is just an estimate and was not included in the paper’s final re-analysis. Karl says his team will address the Arctic temperature issue next.