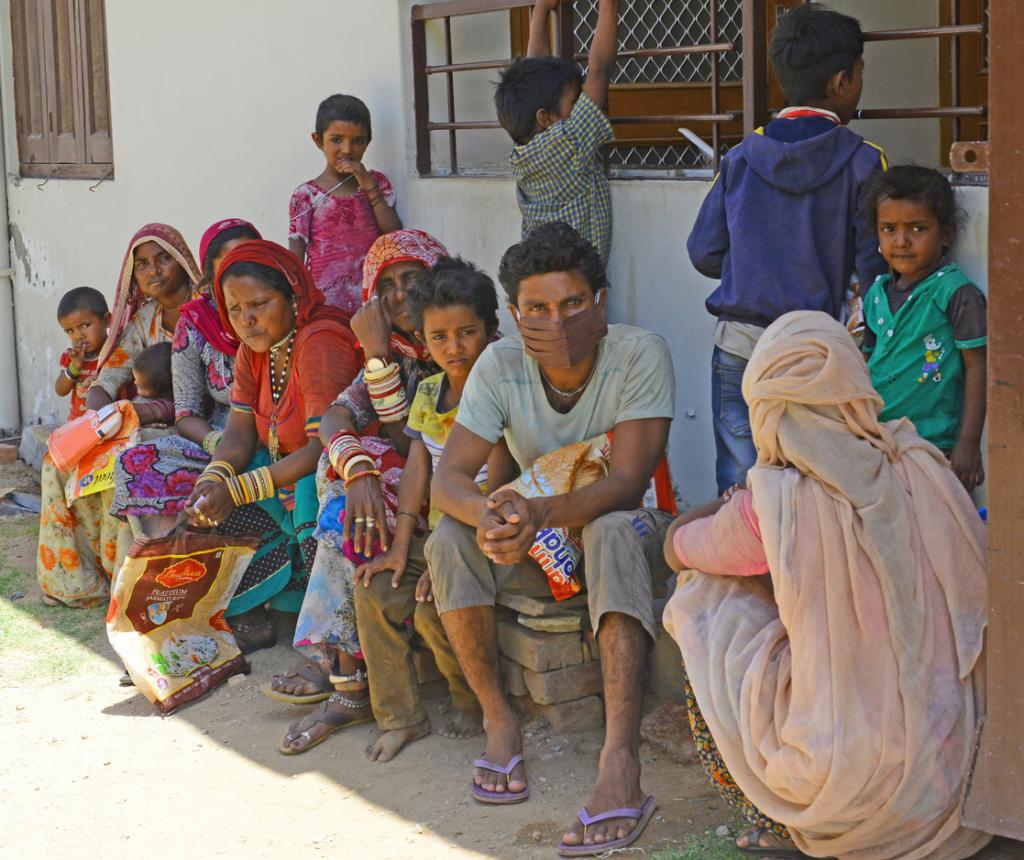 Early childhood development (ECD) activities, including schools, creches and Anganwadi Centers (AWC), were among the sectors that came to a grinding halt during the COVID-19 pandemic.

Disruptions in the AWC-based nutritional services continued well after the strict lockdown of March 2020 ended, a new survey found.

“There were pockets of households that reported an increase in their child’s weakness (6 per cent), with an increased concentration in rural parts of Uttar Pradesh, Bihar and Rajasthan, and in ‘below poverty line’ and Antyodaya (government food subsidy scheme) families,” the report notes.

The time spent by Anganwadi workers undertaking various nutrition-related activities decreased, with less than half — 47 per cent — of them having spent more time providing take-home ration to children / PLW and nearly none of them — 95 per cent — providing hot meals, according to the report published in April 2022.

The study was done by Dalberg Advisors and Kantar Public, and funded by Bernard van Leer Foundation, Porticus, Echidna Giving and Dalberg. NITI Aayog provided technical support and  data was collected from the department of women and child development and the National Health Mission.

Accredited Social Health Activist (ASHA) workers and Anganwadi workers also reported an increase in stress levels, with the workload becoming unmanageable since the start of the pandemic, the report noted. It added:

Nearly half of the surveyed ASHAs and 36 per cent Anganwadi workers reported working longer hours, and 34 per cent and 38 per cent, respectively, reported increased stress levels.

Stress levels increased for more than half the frontline workers in Tamil Nadu (66 per cent), Andhra Pradesh (64 per cent) and Odisha (60 per cent) in January-February 2021, as compared to pre-pandemic levels.

Meanwhile, the percentage of those who recorded an increase was smaller in Uttar Pradesh (18 per cent) and Assam (17 per cent) reported a rise in stress. There was also a difference in urban and rural frontline workers — with 9 per cent of the former feeling less stressed as compared to 15 per cent of the latter.

In almost all states, ASHA workers and Anganwadi workers serve a larger population than what is mandated. Only Odisha followed the one ASHA worker per 1,000 residents guideline, the survey found. The average population an ASHA worker covers was 1,395 residents in the 11 states surveyed.

Same goes for AWCs, where one centre is supposed to look after 800 residents but only Odisha and Assam follow this mandate. The average number of residents an AWC caters to in the 11 states is 1.124, according to the findings.

The reasons for increase in stress range from an increase in workload, risk of spreading COVID-19, stigma associated with COVID-19 to lack of protective equipment to delay in payment and job security.

The report also found that almost half the parents were not ready to send their children to AWCs at the time of the survey. “As states are reopening these facilities, it will be important to keep an eye on whether children are actually returning or not,” according to the authors.

Where needed, community-level drives can help ensure that children are attending AWCs, they observed.