Singapore recently enacted laws to ban fake news, but the problem requires a multi-pronged response instead 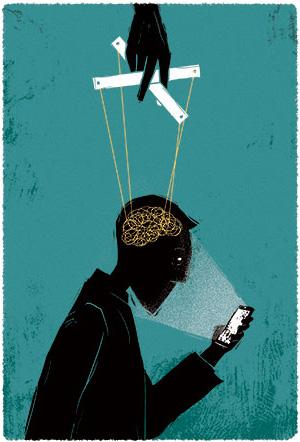 On May 8, 2019, Singapore passed a law against fake news. Malaysia, France, Germany and Russia already have such a law. Each of these countries has dealt with the fake news problem in different ways, including through the imposition of bans, penalties and through imprisonment.

However, Singapore’s law has been at the receiving end of heavy criticism from civil rights organisations for being detrimental to free speech and press freedom.

The new law gives the government and any minister overarching powers to force traditional and social media platforms to issue “corrections” to content that they deem to be “fake news” in the “public interest”.

The punishment includes a prison sentence up to 10 years as well as a fine of a million Singaporean dollars. The apprehension of activists is that these laws will become a way for governments to curb freedom of speech and dissent.

In fact, such laws could easily morph into a muzzling mechanism against any form of dissent, as has been the case in the use of archaic sedition laws in India as a means to silence dissent and meaningful criticism.

While there is no universally accepted definition of fake news, the Ethical Journalism Network defines it as “information that is likely to be perceived as news, which has been deliberately fabricated and is disseminated with the intention to deceive others into believing falsehoods or doubting verifiable facts”.

Its use to influence popular opinion first became apparent during the 2016 presidential elections in the US.

Some of the most viral pieces of fake news during the elections included ones such as “Hillary sold weapons to ISIS”, “FBI agent suspected in Hillary e-mail leaks found dead”, which were shared millions of times on the social media platform Facebook.

The fact that nearly 69 per cent of American adults actively use Facebook is indicative of how far and fast misinformation can spread on social media platforms. The use of fake news has gained influence across the globe as a way to sway public opinion, sow communal discord and spread hatred.

In India, the problem of fake news has reached massive proportions in the last five years. According to Pratik Sinha, founder of Alt News, a fact checking website to combat fake news, disinformation in India usually takes three forms — targeting a minority and spreading false news implicating them in violent activities; targeting particular individuals and spreading false news to tarnish their credibility and reputation; and, spreading fake news about public personalities and their supposed heroics that increases their standing and influences political outcomes.

All three forms have thus far led, directly or indirectly, to fomenting of communal and social tensions and serious harm to individuals. Another type of fake news outside this spectrum is malicious fake news designed to spread paranoia and mistrust among people.

The spate of lynching that led to the murder of more than 33 people in India between January 2017 and July 2018 stands as a testament of the power of fake news.

The massive increase in the spread of fake news, especially in India, can be attributed to three reasons. First, fake news has become a tool for organised political parties to polarise voters and influence the democratic process through the rapid spread of disinformation.

Second, the fact that India has the distinction of having the most affordable internet data plans in the world at present means that the personal monetary costs to spreading and forwarding such messages have stopped being a barrier to rapid communication of false news.

Third, the most important factor in the spread of fake news is the increased use of private encrypted messaging apps such as WhatsApp and social media platforms such as Facebook and Twitter, whose business models thrive on “viral content” that will grab the most eyeballs.

Such content is almost invariably of a sensational, polarising and incendiary nature. The inability of such platforms to moderate such content to ensure that only content that is accurate is circulated among its members further exacerbates the problem.

The problem of fake news is that it is complex and nuanced and thus requires a sophisticated and multi-pronged response, instead of the practice of bans and censorship through law.

The answer lies not in endangering free speech and press freedom, but for governments to consistently invest in increasing voter awareness, voter literacy, a robust fact-checking environment and critical thinking among the masses, as has been successfully done in Finland and closer to home in Kannur in Kerala, which have created the necessary infrastructure to ensure these outcomes through educational curriculum.

In addition, it is important that social media platforms — through which fake news spreads so rapidly — take up efforts to identify and combat it on a war footing. The recent moves by WhatsApp and Facebook in this regard have been inadequate so far.

There is much more to be done. While it is undeniable that fake news is becoming an increasingly dangerous and sophisticated tool to spread disinformation across the world, the answer does not lie in legislations with the ability to massively curb free speech and dissent.

(The author is a human rights lawyer currently working at the Vidhi Centre for Legal Policy, Bengaluru)

(This article was first published in Down To Earth's print edition dated July 1-15, 2019)