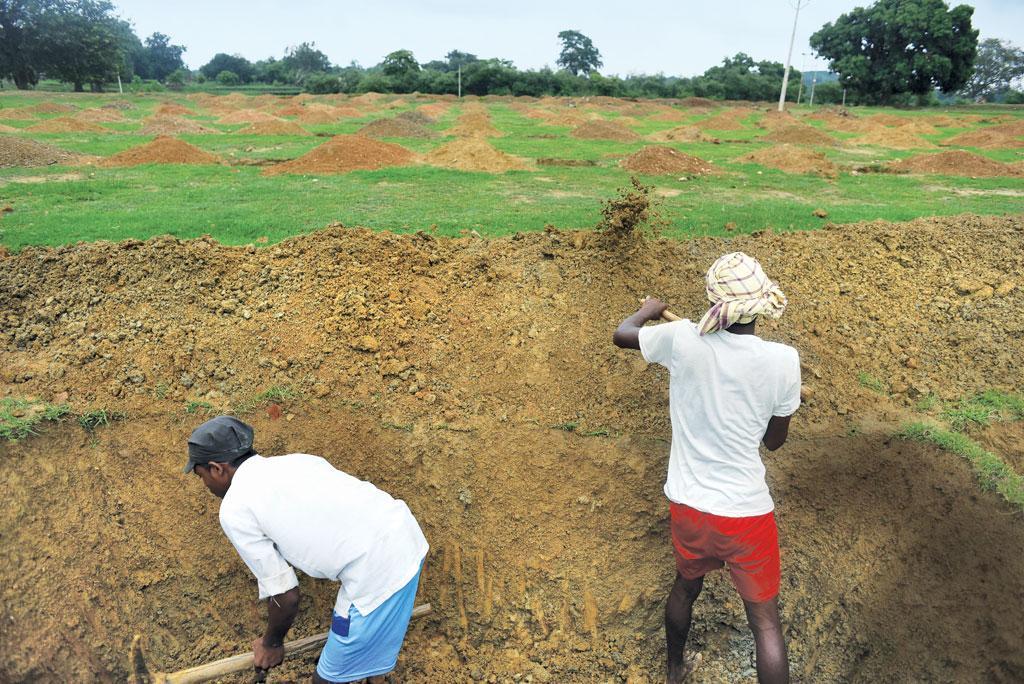 Recommendations of linking minimum wage for agricultural labour and wages notified for workers under the Mahatma Gandhi National Rural Employment Guarantee Scheme (MGNREGS) by the Nagesh Singh Committee have been condemned by the civil society. The draft recommendations submitted by this committee, which was constituted by the Centre in May 2016, do not speak of any link with minimum wages set by states.

An earlier committee set up in 2013 said that wages under the MGNREGS should be the minimum wage fixed by the respective state or the current wage as per the consumer price index for agricultural labourers (CPI-AL), whichever is higher. Of these, minimum wage is usually the highest. Thus, compensation to workers is likely to be affected, as per activists.

NREGA Sangharsh Morcha (NSM), a group of people’s organisations and non-profits across the country has condemned the view of committee stating it has no compelling argument.

“It is the violation of the minimum wages Act 1948,” says Arundhati Dhuru of National Alliance for People’s Movements. “It is just another extension of central government stand of 2009 which delinked NREGA wages from minimum wages Act” she adds.

Ashish Ranjan, a Bihar-based NREGA activist, says that this committee was constituted to invalidate the earlier report by the Mahendra Dev committee of 2014. “Repeated constitution of Committees for wage revision without implementing the recommendations of the previous Committees indicates the intent of the government to deny just and constitutionally valid wage for NREGA workers” says Ranjan.

“The Nagesh Singh Committee is headed by an official of the Ministry, and, unlike the previous committees does not include any independent economist or representative of workers’ organisations,” he adds.

The Union Ministry of Rural Development had set up seven-member committee comprising even headed by economist S Mahendra Dev in 2013. It constitutes experts from civil society, academics and labour groups. In its report, the committee recommended that the wages paid to unskilled agricultural labourers under the NREGS should be the minimum wage fixed by the respective state or the current wage as per the consumer price index for agricultural labourers (CPI-AL), whichever is higher. The panel also recommended linking the wages to the Consumer Price Index, Rural (CPI-R), for protecting MGNREGA wages against inflation.

Officials of the Ministry of Rural Development refused to comment on this development.

NSM demands of rejection of the primary recommendation of the Nagesh Singh Committee and implementation of recommendations of previous Mahendra Dev committee. It also demands of timely payment of NREGS wages within 15 days of completion of work and payment of compensation amount in case of delays in wage payment.