Rajesh Choubey has stopped ration shops from pilfering, sensitised people and assisted them in finding livelihood during the pandemic 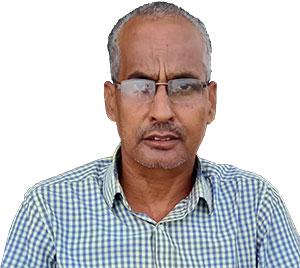 In April, the Sonbhadra district administration in Uttar Pradesh announced that people without ration cards can also avail the services of public distribution system shops during the last few days of each month. Instead of helping, this reportedly triggered black-marketing; shopkeepers allegedly started cutting volumes while delivering goods to people with ration cards through the month to sell non-ration card holders food articles at a premium.

“When I heard this, I borrowed a weighing machine used in hospitals for infants and confronted two shopkeepers at Badhuari panchayat. Instead of being apologetic, they called up local authorities to complain about me,” said Rajesh Choubey, director of Sonbhadra Vikas Samiti. Eventually, the local administration carried out a probe and the erring shopkeepers were disqualified, he adds.

“We carried out similar campaigns in two more villages. Now, pilferage is non-existent in ration shops across 28 villages in the district.”

The district has a unique geographical location as it shares borders with five states. This is the reason almost all households have family members working outside the state, and when the lockdown was imposed, the district witnessed unprecedented influx.

Choubey approached the local administration to get immediate passes for volunteers and started providing free food and medicines to the returning population, mostly sick after the arduous journey back home.

“We all have read a lot about the painful migration during India’s Independence. I think what we saw this lockdown was worse. Families returned home only to realise their relatives reluctant to accept them. In the 28 villages we work, we could see people sleeping under trees, by the roadside and other public places,” said Choubey.

Women and children were the worst hit. This was handled by two immediate responses: Sensitising people through wall paintings with information on the disease and popularising the use of mask and handwash. The team was in contact with the local child protection committee. They also set up community kitchen facilities at the panchayat level.

The crisis deepened after the lockdown measures were relaxed and people started desperately looking for jobs. Choubey and other volunteers assisted people to get enrolled under the Mahatma Gandhi National Rural Employment Guarantee Act that promises 100 days of assured work to every household in a year. In total, 1,740 job cards have been issued in the villages.

His other concern is that most children hit by migration will soon forget how to read and write if they do not resume studies soon. “While the government is popularising online education, most families do not have smart phones. Internet cost is an additional challenge,” he says. The volunteers are currently trying to procure second-hand books and distribute it among children to plug the problem.

This was first published in Down To Earth’s print edition (dated 1-15 September, 2020)