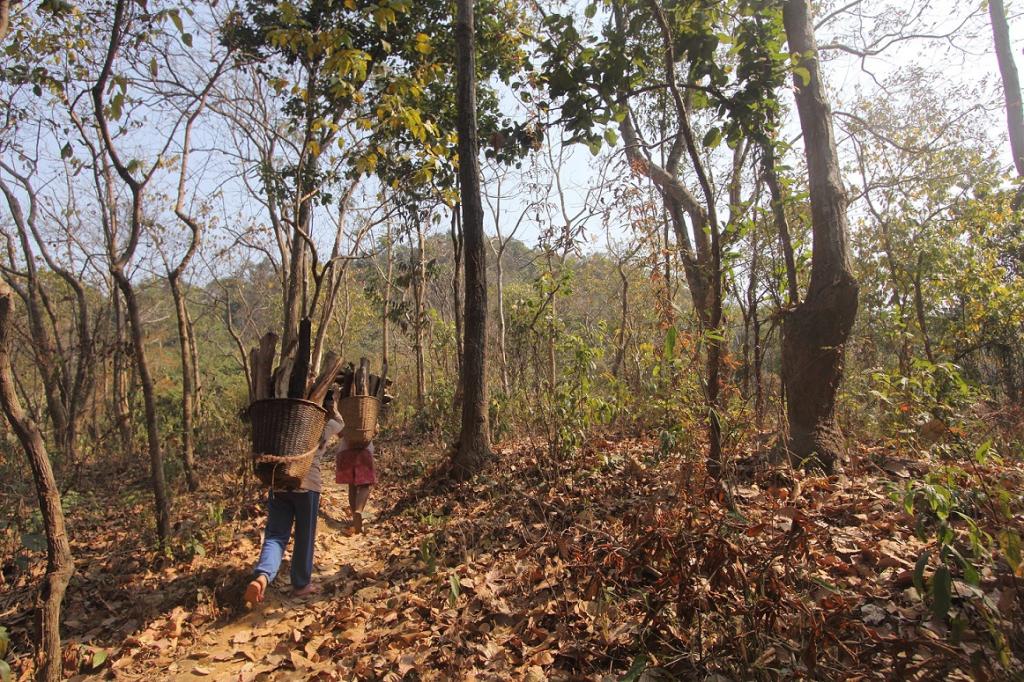 The guidelines have superseded free, prior and informed consent of the gram sabha. Credit: Rohan Mukerjee

On March 6, 2018, the Ministry of Tribal Affairs (MoTA) wrote a letter to the Principal Chief Secretaries of all states to represent the ministry in the Expert Committee for determination of Critical Wildlife Habitats (CWH). MoTA’s letter came in response to the guidelines prepared by the Ministry of Environment, Forest & Climate Change (MoEF&CC) for determination and notification of CWH within national parks and wildlife sanctuaries. Through this letter, MoTA made it clear that it has accepted the guidelines and does not desire any changes in them. This raised heckles with the forest rights activists, who are criticising this decision to accept MoEF&CC’s guidelines without making any revisions or inviting comments from public.

The guidelines on CWH were prepared by MoEF&CC under Section 2 (b) of the Scheduled Tribes and Other Traditional Forest Dwellers (Recognition of Forest Rights) Act, 2006 (FRA). While MoTA is the nodal authority for FRA, the law identifies MoEF&CC as the agency to notify the guidelines.

In a joint meeting of MoTA and MoEF&CC held on January 12, 2018, the latter informed MoTA that it had circulated guidelines on CWH to all states on January 4, 2018 for comments. The minutes of the meeting note that the guidelines would also be shared with MoTA, and reworded as per its requirements. However, its letter dated March 6, eliminated that scope for discussions with public.

FRA defines CWHs as ‘areas of national parks and sanctuaries where it has been specifically and clearly established, case by case, on the basis of scientific and objective criteria, that such areas are required to be kept as inviolate for the purposes of wildlife conservation’. In order to notify a CWH, the Act requires state governments to establish that the presence of right-holders is causing irreversible damage to wildlife and their habitats, and that co-existence between rights holders and wildlife was not a reasonable option.

In 2007 and 2011, two versions of the guidelines for notifying CWHs were drafted by the MoEF&CC (then MoEF), but withdrawn amidst lack of consensus between foresters and forest rights groups. The result was that after more than a decade of FRA’s existence, not a single CWH had been notified, creating uproar from wildlife conservation groups.

In 2014, Mumbai-based non-profit, Vanashakti filed a public interest litigation in the Bombay High Court (PIL No 131 of 2014) against the Maharashtra forest department for failing to demarcate a single Protected Area in the state as a CWH.

In March 2017, the National Tiger Conservation Authority (NTCA) issued an order to deny forest rights in critical tiger habitats (core areas of tiger reserves) in the absence of CWH guidelines.

How do the guidelines dilute FRA?

“The guidelines have supplanted free, prior and informed consent of the gram sabha (required under Rule 4(1)(e) of FRA) with a public hearing of all stakeholders,” says Soumitra Ghosh from the All India Forum of Forest Movements (AIFFM). “MoEF&CC is free to have public consultation of the stakeholders but this has to be followed up with free, prior and informed consent from the Gram Sabhas in writing, which includes ‘no’ if they do not accept the package,” adds Souparna Lahiri from AIFFM.

The guidelines require the constitution of an expert committee, of which a MoTA representative would be a member, to carry out extensive and open consultation with all the stakeholders, after issuing a public notice. The proceedings of the open consultation need to be documented, with special emphasis on recording objections and the basis, thereof. “There is no mechanism in the guidelines to address the objections raised during consultations,” says Neema Pathak from Pune-based non-profit, Kalpavriksh. “It is also not clear whether there would be one single consultation for an entire Protected Area or multiple consultations. To ensure maximum participation, such consultations should happen at the level of gram sabha that would be affected directly or indirectly by the CWH,” she adds.

Pathak adds that the creation of inviolate spaces within national parks and sanctuaries is the stated objective of the guidelines. ‘Inviolate’ is a general term used to indicate no human settlement and usage. “CWH should not become co-terminus with relocation. In fact, developing co-existence strategies should be an important and integral part of identification and governance of CWH. The definition of inviolate areas should be suitably modified to allow for minimal human activity that is not a threat to species or ecological communities,” she adds.

In the existing guidelines, CWH notification does not stand any public scrutiny once ‘open consultations’ have been carried out. Contrast this to the notification of Eco-sensitive Zones (ESZ) around protected areas, where the draft notification of every ESZ is put up in public domain for at least 60 days before its finalisation.