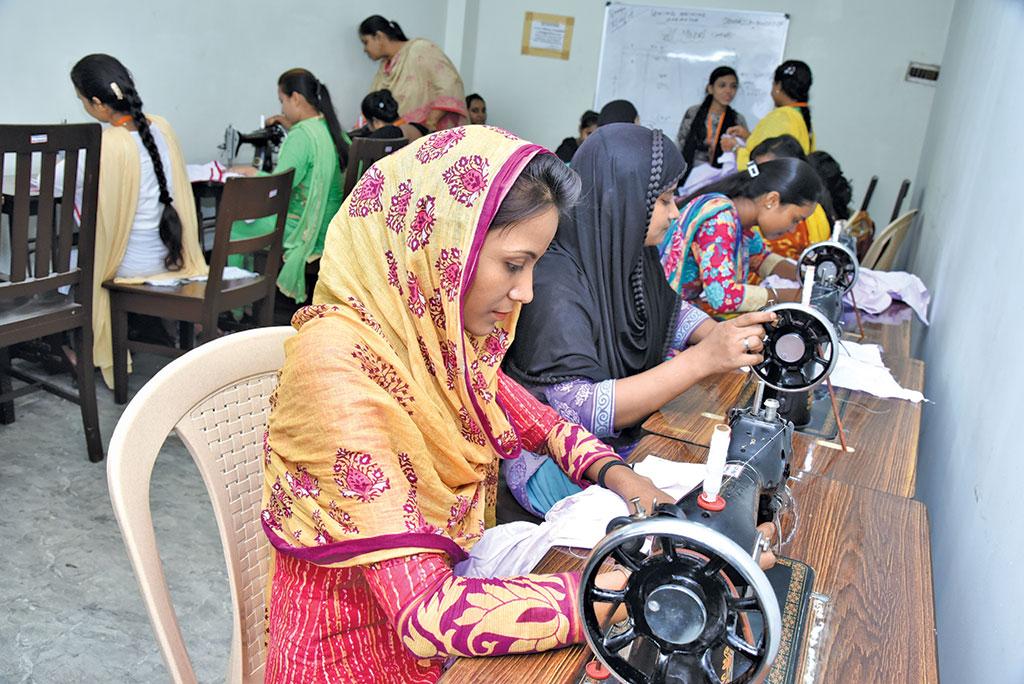 It was around 2009. Seraikela in Jharkhand’s Seraikela-Kharswan district was in deep distress as 96 per cent of the deaths in the block occurred at neonatal stage. Eighty three per cent of these deaths were because of weakness due to low birth weight, pneumonia and other infections, and asphyxia due to prolonged delivery and other birth complications.

To tackle this, Tata Steel Ltd launched Maternal and Newborn Survival Initiative as part of its Corporate Social Responsibility (CSR). The programme brought under its fold women from 167 villages who belonged to low-income families and those who did not have access to quality maternal facilities.

As many as 200 workers were trained to generate awareness and to increase demand for healthcare services. These workers went house-to-house collecting real-time information on the health of mothers and children on tablets provided to them. Corrective action was taken without delay. The programme helped reduce neonatal mortality up to 32.7 per cent and infant mortality up to 26.5 per cent within three years.

Such philanthropic initiatives have a long history in India. But the idea was brought into a legal framework in 2014 when CSR was introduced as a statutory obligation under Section 135 of the Companies Act, 2013. Under this, every company with an annual net worth of over Rs 500 crore, turnover of over Rs 1,000 crore, or net profit of over Rs 5 crore, must spend at least 2 per cent of its net profit on CSR.

As many as 104 companies are involved in activities related to human development. These include 30 PSUs and 74 private firms. However, the focus on economic development and environment sustainable development is relatively poor, the report states. The reason for this, say experts, is the nature of these sectors.

“Traditionally, sectors such as health and education have a clear blueprint and are easy to undertake. Moreover, these activities are easily quantifiable which gives companies ready numbers. But companies have not focused much on environmental activities,” says Pradip Narayanan, member, CSR Laws, Praxis, a Delhi-based non-profit.

Maximum expenditure was in industrialised areas, while the least-developed states received the least funds. The phrase “local area preference” in the Act may have been interpreted as mandatory and not directory, the report stated. Considering this, MCA issued a directive in 2018 for all companies to follow the law in letter and spirit.

“Companies usually undertake CSR activities in areas where work can be done without any hardship. This may be the reason that aspirational districts, with their poor infrastructure and development level, are not in the focus of companies,” says Narayanan.

Further, aspirational districts are not aware of corporates’ responsibility towards them, says Gayatri Subramaniam, director, Association of Women in Business, a Delhi-based non-profit. “NITI Aayog has directed only PSUs to spend in these districts,” she says.

CSR activities are similarly scarce in the Northeast. An MCA assessment identifies infrastructural gaps here in basic minimum services such as rail, road, water and air connectivity. However, data shows a tiny portion of the funds was spent in the North East between 2014-15 and 2017-18.

Subramaniam says: “There is not enough corporate presence in these states. This could be a reason for the poor expenditure here. It is also possible that corporates are unwilling to invest here because some areas are inaccessible and lack strong implementation agencies.”

What’s more, five years after the Act was enforced, 70 per cent of the companies still do not have a strategy to implement CSR activities. According to the law, companies should set up board level committees, which draw plans for the effective implementation of their projects.

According to the IICA study, if a firm has a CSR policy and committee in place, but does not have an implementation strategy, supports the conclusion that companies are more focused on complying with the law and spending CSR funds rather than making a serious initiative. Such a behaviour, says the study, could be due to lack of capacity or experience in the development sector.

CSR has a huge potential to improve the lives of a large number of people in the country. It’s Rs 13,624 crore corpus can bring change in a wide variety of sectors. Therefore, it is crucial that companies do not relegate it as a perfunctory exercise, but make a meaningful contribution to society.