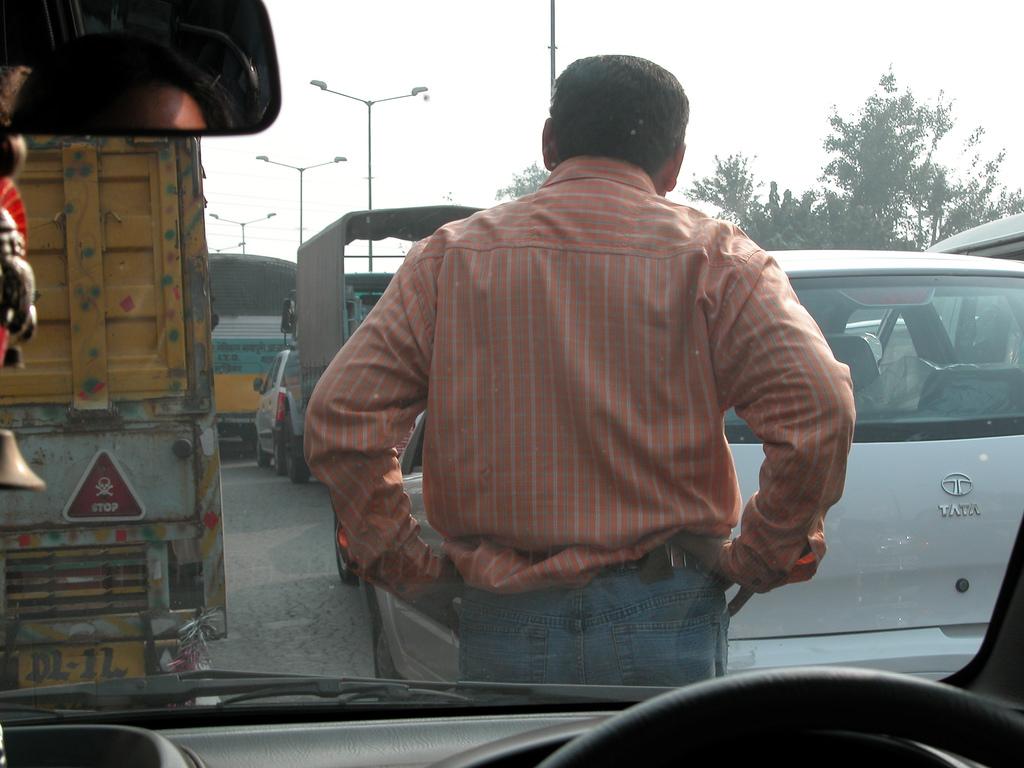 There is no mention of grand plans of building infrastructure for walking and cycling to improve last-mile connectivity. Credit: Sun-anda / Flicker

We have just got a glimpse of the Delhi government budget. It is of great interest to us as some of the key intervention areas, which the Delhi government controls, if addressed well, can be a game changer for pollution and mobility crisis. Can this budget set us on a corrective and curative course? Clearly, the signals are mixed and worrying.

First, the good news, especially in the areas that are the direct responsibility of the Delhi government: Delhi will get 20 more air quality monitoring stations that can help in mapping out exposures in our neighbourhoods better to refine action. Of course, this grid will have to be designed well to capture all densely populated land uses in the city. It is also good to know that rooftop of Delhiites will be used for generating solar power. Hope, solar and natural gas together will help us in getting rid of the only remaining coal-based Badarpur power plant soon.

Our biggest expectation from the new budget, however, was in the area of public transport, which is the direct responsibility of the Delhi government. This is the next big ticket agenda that Delhi needs to control pollution and congestion. But the nature of allocation for transport sector, which can have powerful influence on air pollution, congestion and wellbeing, shows how this agenda has got weaker over time.

Rs 5,506 crore has been earmarked for both transport sector infrastructure and public transport. But bus transport gets just about Rs 100 crore for the construction of bus depots and new DTC buses. It is less than two per cent of proposed transport sector spending. Additionally, all buses will get electronic ticketing machines. Moreover, Rs 1,156 crore will go to the Delhi Metro Rail Corporation (DMRC), which seems like a separate allocation.

This is certainly a step back and a gross deviation from some of the early budgetary promises we got in June 2015. The AAP government had started by giving a big plan of procuring 1380 semi-low floor buses, 500 midi buses under the DTC and around 1000 more buses under cluster scheme.

It had proposed bringing 10,000 buses of different specifications to meet the differentiated needs of commuters. The government had even proposed unified fare system for payment and improved IT application to provide public information on bus service for multi-modal integration. None of these have happened, nor have they been included in this year’s budget to take the agenda forward.

While old promises have not been kept, new promises are weaker.  This is a very serious concern as over the last two years—ever since the AAP government came to power—the DTC has already lost a whopping 800,000 bus passengers (from 4.3 million to 3.5 million). How can the city ever hope to meet the Delhi Master Plan target of 80 per cent public transport ridership by 2020? Even with full network of Metro in place, only 20 per cent of the travel demand is met, as RITES estimates show. Buses, according to the RITES, would need to meet 73 per cent of the public transport demand. This budget has no proposal for comprehensive bus transport improvement.

The government seems quite weary of changing the status quo and clearing the mess on the ground. After exhausting at-grade space (roads are already 22 per cent of Delhi’s geographical area, the highest in the country) Delhi government now plans to move vertically up—exactly what global cities are trying to undo. The new transport budget is all about high-speed elevated corridors for vehicles to zig zag through the sky.

These two high-speed elevated corridors will get dedicated bus lanes:

Whatever space buses get is good, but this is not the same as providing efficient and reliable bus service to all in the city.

Only at Sikandara road, Mathura road and Tilak Marg, the government plans to build W points to improve pedestrian access and BSZ Marg will get a skywalk near Hans Bhawan. There is nothing else about the grand plans of building infrastructure for walking and cycling to improve last-mile connectivity.

The AAP government had come to power with a manifesto that was quite unique and clear on their commitment to provide high-quality public transport, secure last mile connectivity, and make pavements and cycle tracks. That was one manifesto that stood out as it did not promise flyovers and high-speed corridors for vehicles. Is that promise already a victim of political expediency of prioritising vehicles over people or is it a poor understanding of what it takes to address congestion and pollution?