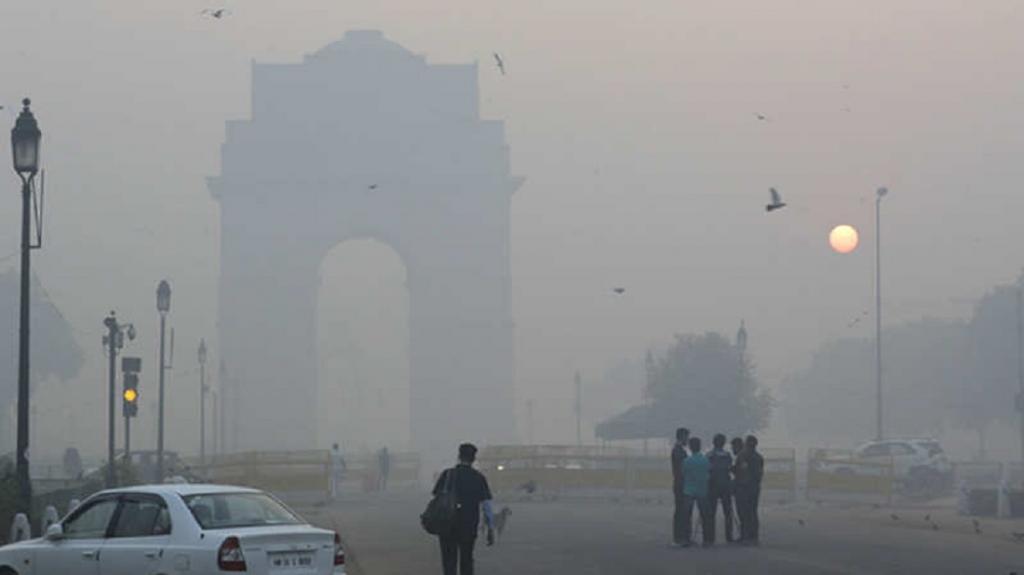 November heralds the season of the ‘great smog’ in Delhi. The residents gear up for a three-month struggle to breathe as the city attains new peaks in air pollution levels.

Delhi is the most polluted capital city in the world. The crisis translates into a rising risk of cardio-vascular diseases as an effect of long-term exposure to degraded air levels. Here, the straw that breaks the camel’s back arrives with the fact that India is currently ranked the fifth-most polluted country in the Global Air Quality Index list.

The interventions dictated by policies, so far, have been binary in nature. This is primarily because we have been treating air pollution as a technological problem or as one that requires the actions of individuals alone, whilst ignoring its social and political facets.

The difficulty with this school of thought arises when as individuals, we pronounce air pollution to be a gordian knot, insurmountable because ‘an individual’s awakening’ will not solve the crisis.

Technological interventions have proved important in taking strides towards cleaner energy use and reducing emissions, but have not proved to be adequate. Thus, there is an urgent need for a rising collective conscience that must translate into actions, taken by the public for the public. Within this context, public interest litigations are an excellent window to hasten policy drafting and enable public participation and involvement.

The degrading levels of air in cities can be approached as a violation of Article 21 of the Constitution, that states “no person shall be deprived of his life or personal liberty except according to a procedure established by law”. Here, two main rights are enshrined within the said Article; the Right to Life and the Right to Personal Liberty. An elucidation of Article 21 argues that life does not merely mean “the physical act of breathing, it does not connote mere animal existence or continued drudgery through life”.

But what does one do when the very act of breathing is in peril? A move in the courts challenging rising levels of air pollution and the inaction by various stakeholders must be taken up under the Right to Life.

This particularly applies to the poorer sections of society, who are hit the worst by any crisis, whether it be degrading air quality levels or of the dreadful ongoing novel coronavirus disease (COVID-19) pandemic.

In order to ensure that the constitution-enabled rights are enjoyed by every citizen, we, as a society, need to create solutions aimed towards resolving problems especially unique to poverty-stricken sectors — such as demanding more shelter homes for the homeless equipped to deal with degraded air levels. If political parties do not take cognisance of the disparate effects of pollution in public life, then our courts can prove to be the beacon of light.

A shift from air pollution as a technological problem to a political one will enable parties to be held accountable on this front, and political action becomes crucial given the silent and short–spanned, yet cyclical nature of air pollution.

This can only be achieved in the presence of unity and solidarity in our social life; a promise that the Constitution of India makes whilst talking about fraternity as one of the founding principles of the nation. The harrowing experience of the second wave of the COVID-19 pandemic has taught us the immense power that lies in the ability to mass organise and agitate, as well as the potential that lies in this very collective strength embedded in the constitutional value of fraternity.

A major hurdle that lies in the path of taking social action and demanding political efforts is the eerie silence around the issue. To give rise to a growing collective conscience requires us to stir within ourselves the idea of fraternity and work towards tackling air pollution together.

A balanced mixture of outrage and compassion is needed to give birth to new forms of policies and actions. Opinion pieces, news reports and public discourse often revolve around individuals who have shown a group of people or a country the way out of a crisis.

This effectively shrouds those who are working towards primarily stopping the crisis from ever hitting, in a veil of silence. These actions include:

More written material about these actions and stories of crusaders of air pollution and the climate crisis, by increasing the ability and the will to empathise, will ascertain that no one deems air pollution to be incurable.

By painting an image of hope and optimism, we will engage both the mind and hearts of the citizenry, thereby promoting rational steps to be taken to contain the crisis while also building emotional solidarity with each other. Thus, this not only sets in motion a moral action but also a democratic one based on human rights.

There is an urgency to seek remedies that cannot be emphasised enough in words. Reports both from international as well as Indian forums indicate a dire situation and predict a calamitous future.

There is a compelling need, now more than ever, to be active citizens, actively demanding for change and thus, a better and safer world.

The COVID-19 pandemic has made it abundantly clear to us that no one is safe till everyone is, and this is a lesson we would do well to remember while fighting this emerging silent crisis. The gruesome effects of the second wave of the COVID 19 pandemic, in the face of a colossal failure of the state, has reminded us of the immense power of the collective and our constitutional courts.

As a society, we often tend to forget the experiences we learn during a crisis as soon as we emerge from it, but this is a lesson we must not sacrifice at the altar of retrograde amnesia we generally showcase and instead, must be harnessed immediately. One must ask oneself, if the climate crisis reaches its peak, where will all 1.3664 billion of us go?