Denied & discouraged: Why youths not looking for jobs can be a crisis for India 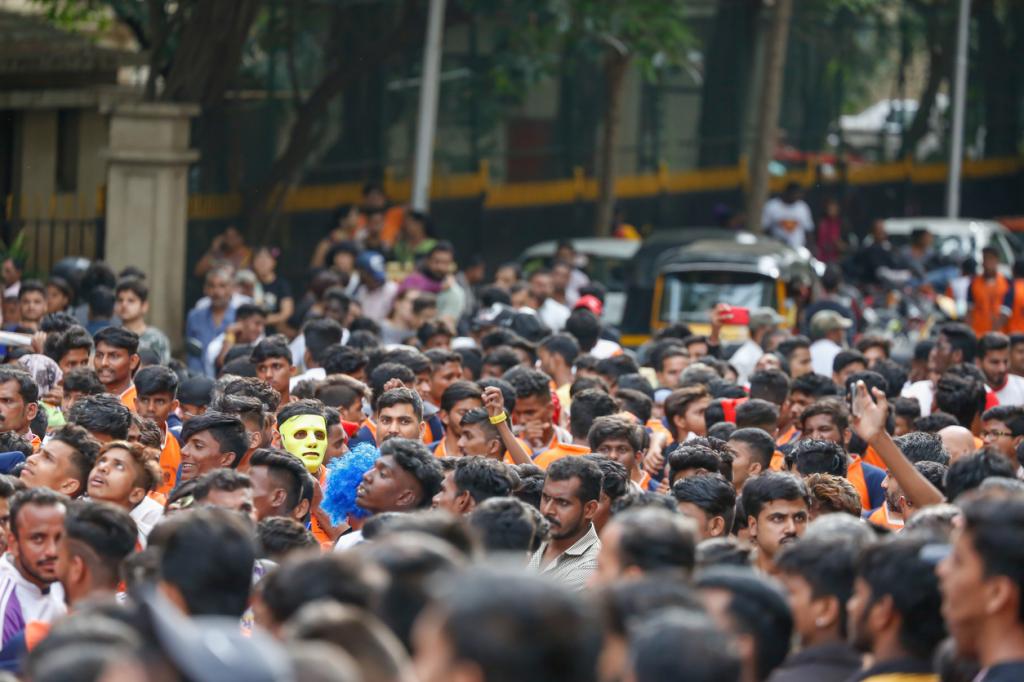 In March 2022, India’s labour participation rate (LPR) fell to 39.5 per cent from 39.9 per cent in February, according to a report by the Centre for Monitoring Indian Economy (CMIE) released second week of April.

An LPR of 39.5 per cent means that over 60 per cent of the  employable workforce are not even looking for work. Labour participation rate is a measure of the country’s working-age population, which is either working or actively seeking work.

Why did the country report a worse LPR in March 2022, when there was no COVID-19 wave or stringent restrictions on mobility reported?

Millions of Indians, especially women, are dropping out of the labour force, tired and disappointed with their failure to find jobs because there are no jobs available, a section of economists claimed.

“What stands out this time is that the labour force and both its constituents shrunk during a larger period of the quarter of March 2022. This is for the first time in over three years, i.e. since the quarter of June 2018 that we have seen such a decline in the labour force,” said an analysis by CMIE, an independent economic data agency.

An increasing number of people no longer looking for work is the biggest economic crisis in a country, which has been wanting to reap its demographic dividend.

But there has not been much attention to this. In fact, a statement by the Union Ministry of Labour and Employment on April 26 denied reports of the decrease in LPR and called the “inference” that half of the working age population has lost hope for work “factually incorrect”.

The ministry added: The authentic data source of employment / unemployment indicators in India are released by the Union Ministry of Statistics and Programme Implementation (MoSPI) through Periodic Labour Force Survey (PLFS), according to which LPR has increased steadily from 49.8 per cent in 2017-18 to 53.5 per cent in 2019-20.

The data is, however, from the most recent PLFS which was done in the period of July 2019 to June 2020. It does not capture the increase in unemployment in the aftermath of the pandemic.

The government, for a long time, has been in denial that there is no major employment problem.

The overall labour participation rate dropped from 46 per cent to 40 per cent between 2017 and 2022, according to CMIE’s data.

The phenomenon is called discouraged drop out, explained Arup Mitra, professor of economics, Institute of Economic Growth. He added:

When people do not get a job of desirable status or they understand that the job market is so bad that even after struggling they are not able to get anything so then they tend to withdraw from the labour market. They are tired and gradually it has an impact on the psychology of people.

The expectation from India’s demographic dividend is that when younger people get jobs they are going to add to the country's growth.

This young labour force was to be provided decent jobs, reminded Vyas. Then not only would they add to their own wealth and to the wealth of the country, they would also be saving and those savings would fuel future growth as well, he said. “The young people are all here, coming every day to the labour force but India has not been able to provide them jobs.”

A large part of the dejected population have some degree of education, economists and labour experts said. The CMIE surveys cover the population within the age group of 15-64.

The number of those who are completing education is growing and this demographic of youth over 15-29, who are joining the labour force in larger numbers are not finding work.

There are about 5 million educated youth seeking work each year, according to noted economist Santosh Mehrotra. “These are new people every year looking for work and when they don’t find work, they drop out of the labour force. This also affects the social fabric.”

In its statement, the government had also suggested that a substantial portion of the working age population is pursuing education and hence may not be seeking work. Ravi Srivastava, Director, Centre for Employment Studies, Institute for Human Development, elaborates on this.

Generally demand for work is met by other age groups when fewer from the younger age group are willing to work to finish education, according to Ravi Srivastava, director, Centre for Employment Studies, Institute for Human Development.

“This is not happening currently. Overall it’s a reflection of the fact that there is not sufficient demand for work because opportunities are declining,” he said.

But this doesn’t mean that only the educated youth are getting discouraged. Closure of micro and small enterprises like tailoring, beauty parlours, stationary shops, among others during the COVID-19 pandemic has also resulted in people quitting the labour force.

A person who has cleared only his 10th or 12th grade and was a helper in a local shop or a young woman in a small town working in a parlour lost their livelihood when these enterprises shut down, Vyas added.

There has been a steady decline in India’s female labour force, which is one of the major reasons cited for low LPR. Female LPR was just 9.2 per cent in 2021-22, compared to 15 per cent in 2016-17, according to CMIE data.

Reasons like safety, workplace being far from home, transportation, discrimination against women become more apparent in a market where job opportunities are already shrinking.

‘Not in education, employment or training’ (NEET) rate for women, especially younger women, has been roughly stable instead of going down as one would expect, according to Srivastava. “Half the women in the younger age group are basically neither in the labour force nor trying to find work.”

If more younger women are studying and if employment rates are stable, then NEET rates should come down but they are not, he observed, adding:

That means a very large percentage of women are staying out of the labour force either because they are doing household chores, or are discouraged from taking work. They are not seeking work because the kind of opportunities they need to be in the workforce don’t seem to exist or don’t seem to be created in requisite numbers. The attachment to the labour force is going down broadly because women are discouraged to work.

NEET rates for younger women are a huge 49-50 per cent at present, Srivastava estimated. These rates have been stable since the last 20 years, since 2004-05, said the expert. “In this period, education enrolment rates have gone up quite significantly and it was expected that NEET rates will fall.”

Employment has not been picking up requisitely and the quality of employment has dropped, although there has been an economic revival of sorts with segments of the organised sector picking up activity, said Srivastava.

This is corroborated by CMIE data as well. On one hand, non-agricultural jobs fell by a whopping 16.7 million in March 2022, while this was offset by a 15.3 million increase in employment in agriculture.

Such a large increase is usually seen during the harvest season when demand for agricultural labourers rise, but is unusual for the month of March when harvest was still a month away.

Economists have termed this increase as “disguised unemployment”, in which people, mostly members of a family who were earlier employed elsewhere, now do unpaid family labour in their farms.

Welfare schemes like distribution of free foodgrains only ensure “that there will be no eruption, no huge hue and cry, Vyas argued. “Giving some ration can cap the volcano that can burst.”

The trend in decrease in LPR existed before the pandemic as well but the crisis has made the situation worse, he added.