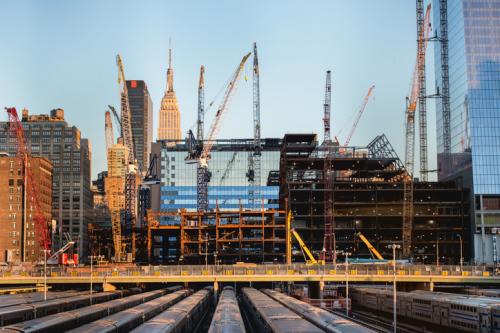 In his budget speech on the floor of the Lok Sabha, Finance Minister Arun Jaitley announced that land being pooled for creating Andhra Pradesh’s new capital city will be exempted from capital gain tax. Given Jaitley’s emphasis on land pooling, it looks like Land Acquisition, Rehabilitation and Resettlement Act (LARR) act of 2013 may not be a favoured mode of land acquisition for various projects.

“We also plan to extend the basket of financial instruments in which the capital gains can be invested without payment of tax. The new capital for state of Andhra Pradesh is being constructed by innovative land-pooling mechanism without use of the Land Acquisition Act.  I propose to exempt from capital gain tax, persons holding land on June 2, 2014, the date on which the State of Andhra Pradesh was reorganised, and whose land is being pooled for creation of capital city under the government scheme,” Jaitley said in his speech on February 1.

On the other hand, the finance minister also clarified that provisions relating to tax deduction at source shall not apply to exempt compensation received under the Right to Fair Compensation and Transparency in Land Acquisition, Rehabilitation and Resettlement Act, 2013 or any compensation gained from land acquisition will be taxed.

Gujarat, Rajasthan, Madhya Pradesh, Andhra Pradesh and Tamil Nadu have made their own amendments to the LARR Act even as the central legislation introduced with contentious amendments had been passed on to a Parliamentary Committee continues to lapse. One of the major reasons for the Parliament stand-off between the opposition and ruling party are amendments introduced by the government which do away with consent of the landowners.

Among the states, BJP-led Rajasthan passed the Special Investment Region Bill and the Land Pooling Scheme in April 2016. On the other hand, Delhi lead by Aam Aadmi Party, was sparring with the Centre over implementation of the land pooling policy, till recently. The bone of contention seems to be notification of 89 villages as urban areas—50 villages in North Delhi and 39 villages in South Delhi along with notification of 95 villages as urban development areas, transfer of about 12 per cent of developed land to government of Delhi, waiver of stamp duty on transfer of developed land by the Delhi Development Authority to farmers/promoters and verification of “Sajra” maps for these villages by local authorities.

So what does land pooling entail?

As a concept, Land pooling more than a century old when it was first introduced in India under the Bombay Town Planning Act, 1915 in the erstwhile Bombay Presidency. Many decades later after independence, Gujarat also used this concept for town planning. From time to time states such as Maharashtra, Gujarat, Tamil Nadu, Punjab, Andhra Pradesh and Kerala have used this as an alternative to land acquisition. Land pooling, simply put, is acquiring small rural land parcels into a large parcel, provide it with infrastructure and return approximately 60 per cent of the redeveloped land to the owners after completion and appropriating the costs of infrastructure and public spaces. Of the 40 per cent that remains with the local town planning or state government authority, a substantial portion is reserved for setting up infrastructure such as roads, hospitals, schools, parks, water supply and sewerage and other amenities. In many cases, the local planning or developing authority sell rest for financing the costs for the infrastructure and amenities.

Experts such as Arvind Panagariya who heads the Central Government’s planning body, NITI Aayog, of the land acquisition issues seem to favour land pooling. In a blog post run by NITI Aayog, Panagariya expressing his views in a personal capacity writes, “The idea here is to purchase or acquire more land than is required for the project and eventually transfer each landowner a fraction of her land back from the excess land after the project is complete. Because major public purpose projects such as highways raise the value of the surrounding land, the value of the fraction of the original piece of land returned could be higher than the value of the full piece prior to the completion of the project, the landowners may find such a deal attractive. Alternatively, government may take land on long-term lease rather than purchase or acquire it. Again, landowners may find this option attractive because it allows them to keep ownership of land, earn an assured return and retain the option to renegotiate the terms once the initial terms of the lease expire.”