Free foodgrain until Diwali: What about migrants, those without ration cards?

Around 100 million Indians are excluded from the public distribution system, according to economists 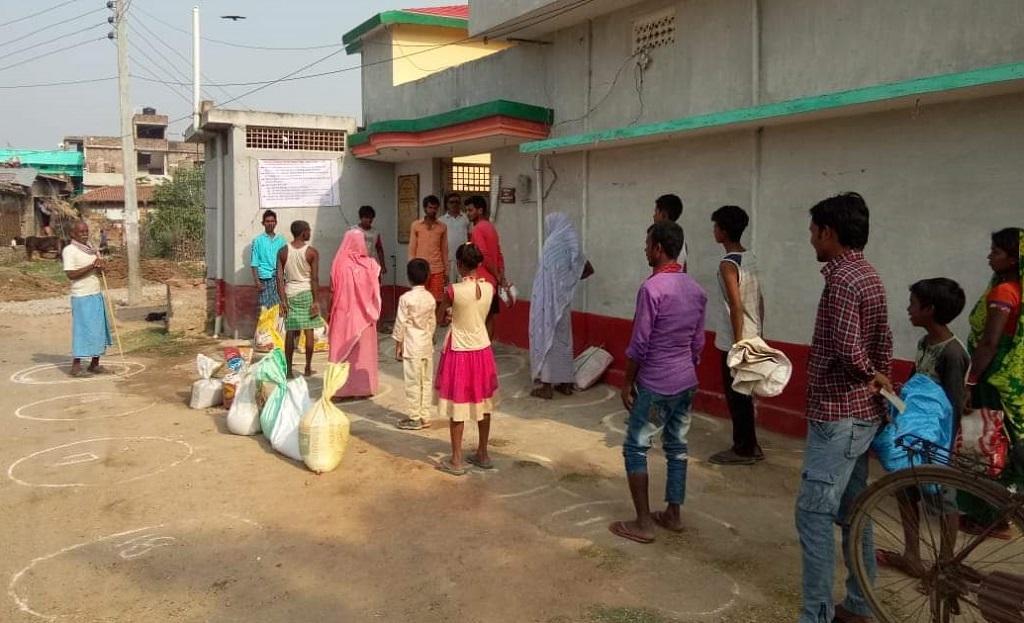 Prime Minister Narendra Modi extended June 7, 2021 the ‘Pradhan Mantri Garib Kalyan Anna Yojana’ (PMGKAY) till Diwali to provide free foodgrains to the needy. But yet again, millions of migrant workers and those who do not have ration cards are left out of the announcement.

The about 800 million people who will get free ration under the scheme are just those covered under the National Food Security Act (NFSA) and get ration through the public distribution system (PDS).

The Supreme Court had directed central and state governments May 24, 2021 that dry ration and cooked food through community kitchens be provided to stranded migrants across the country without insistence on identity proof. But Modi’s announcement was limited to those with ration cards.

A 100 million people have been excluded from PDS, according to estimates by economists Jean Dreze and Reetika Khera. The gap is due to the reliance on outdated data from Census 2011 to calculate state-wise NFSA coverage.

Food security activists and economists have urged the Centre to universalise ration distribution since the free ration scheme was launched after the novel coronavirus disease (COVID-19) pandemic lockdown in May 2020. This was to ensure there are no exclusions and marginalised people without ration cards can get access to food.

They had also argued that the NFSA numbers should be updated using projected population figures so that states can issue new ration cards.

The PMGKAY scheme was stopped in November and was restarted in May this year.

Food rights activist Anjali Bharadwaj welcomed the extension of the scheme but said it was “by no means adequate”.

“There is absolute silence on the most marginalised, whether they are the homeless, migrant workers and are actually the most affected,” said Bharadwaj, a member of Delhi Rozi Roti Adhikar Abhiyan.

‘COVID-19 ration cards’ should be given to people who don’t have ration cards. Whatever relief is provided should be under Disaster Management act because the pandemic is still very around.

In 2020, the central government had identified 80 million poor people without ration cards and provided free ration to them. The need for universalisation of free ration is even more in the second wave as rural areas are hit harder by the pandemic and people have lost on all savings.

The problem is graver than what it was last year from what we have seen in the field for multiple reasons. The main one being this time COVID-19 has hit people harder. There have been health expenses, working members are not being able to work; there are absolutely no savings this time so more people are in need of help.

Data suggests NFSA exclusions are around 50 per cent of the needy, she said. In a place like Delhi, only 720 million are covered under NFSA. When the Delhi government said they will provide ration to all those who need irrespective of ration card, 697 million unregistered people were identified and given free ration. This clearly shows NFSA is including only 50 per cent of people in need.

Another issue is the inadequacy of ration provided in the second wave. Under PMGKAY, the government is currently providing five kilogram rice or wheat per person per month. However, unlike in 2020, the scheme doesn’t include pulses and oils this time. This is worrisome as prices of pulses and oils have increased manifold.

Warning that the malnutrition will be the next crisis after health and economic crisis faced by the country currently, the Right to Food campaign, in a charter of demands, has asked for the PDS to be immediately universalised, at least for the next six months, to provide 5 kg of foodgrains, 1.5 kg of pulses and 800gm of cooking oil per person per month.

It also asked the government to make sure that anganwadis make arrangements to deliver nutritious food (including eggs, pulses and oil) to young children as well as pregnant and lactating women.