Goa: can it strike a balance between environment and development? 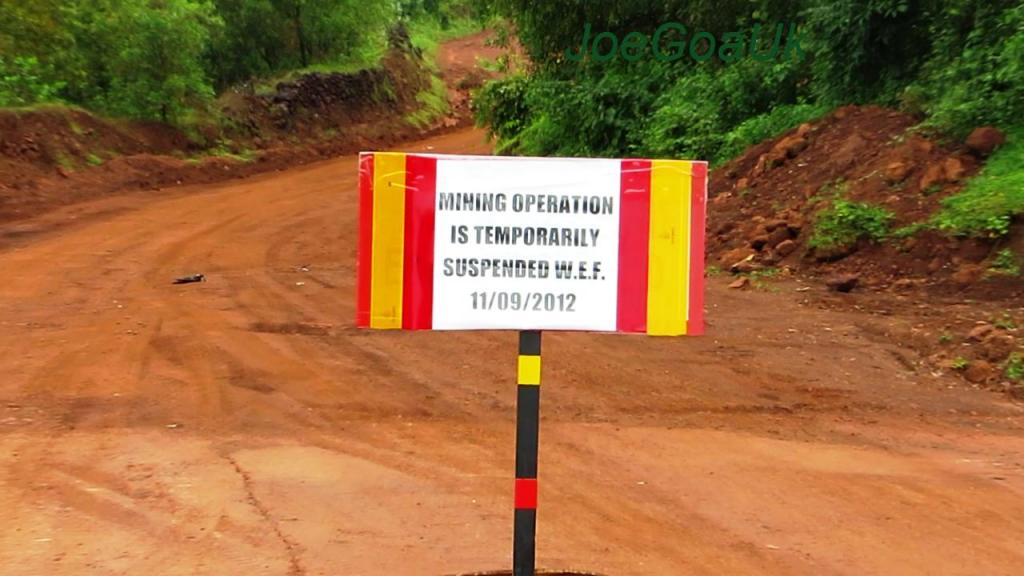 Both environmental and human rights groups have been questioning the mining practices. Credit: joegoauk59 / Flicker

Though corruption is a major concern in Goa, the assembly elections were fought on several other issues, including illegal mining, land grabbing and irresponsible tourism that are taking the sheen away from the state. Discontentment is showing in the face of the people who had to bear the brunt of job loss due to a two-year ban imposed on mining activities. The emotive issue of culture protectionism also needs a sensible handling from the next government.

This Assembly election, the constituencies located in the mining, tourism belts and rural areas of Goa recorded a very high voter turnout. We can hazard a guess why people are turning up in huge numbers to elect their next Chief Minister.

In the first decade of 2000, unprecedented mining activities, often with political collusion, led to several environmental and legal violations. Mining activities were shut down by the government in September 2012 following public protests and setting up of a judicial commission led by Justice M B Shah, which estimated a staggering drain of more than Rs 30,000 crore from the public exchequer owing to illegal mining. The report found huge quantities of iron ore was exported illegally from Goa. It also contended that companies running mines were operating in reserved forest areas, in violation of wildlife laws.

Both environmental and human rights groups have been questioning the mining practices and the mining industry, which wants to carry on with a business-as-usual scenario.

Agricultural and Tenancy Act and cases of land grabbing

After the BJP government, in 2014, made amendments to the original Agricultural and Tenancy Act 1964, the landlords were empowered to shift the tenancy cases to the Civil Court from the Mamlatdar office. Many lost their agricultural land.

The tenants fear that this amendment is a backdoor entry to grab the land they are tilling. Land grabbing is a major issue in Goa. Activists are of the opinion that Russian mafia and non-Goan Indian developers are buying land in connivance with government officials. If this is not put on hold, they say, Goa will turn into a concrete jungle.

Floating casinos, which are in operation for more than two decades, are now accused of polluting the Mandovi River. Despite promoting itself as an ecotourism hub, Goa has also turned blind to the damage caused to its marine wildlife. In a desperate attempt at promoting marine tourism, Goa has caused significant damage to its ecosystem. It is only after Down To Earth reported how unregulated tourism has affected Goa's coral reef and harmed the humpback dolphin, the state government decided to regulate the activities of tour operators.

According to the state pollution control board, the amount of waste generated in the state has increased to 400 tonnes a day—and half of it is plastic. Due to the decline of community land-ownership and surge in real-estate constructions, there’s shortage of space to dispose waste. Hence, villagers burn their waste, releasing toxic fumes into the air.

Rural unemployment is a major concern among people. Since 2014, when the Supreme Court lifted a two-year ban on mining and allowed it under stricter norms, Goa’s rural unemployment rate has increased from 11.3 per cent to 13.8 per cent in 2015-16. While the Congress promises to offer skill training to youth and incentives to industries and investors willing to hire young Goans, the AAP has promised to create 50,000 jobs in five years by supporting existing and new industries. Whichever party comes to power, generating employment by boosting the tourism sector, that’s responsible, should be a priority.

Protection of language and culture

The question of protecting local culture is controversial yet deeply concerning. Besides the change in state’s demographic profile and the movement for special state status, the question of what should be the medium of teaching (Konkani, Marathi or English) in primary schools has now been whipped up.