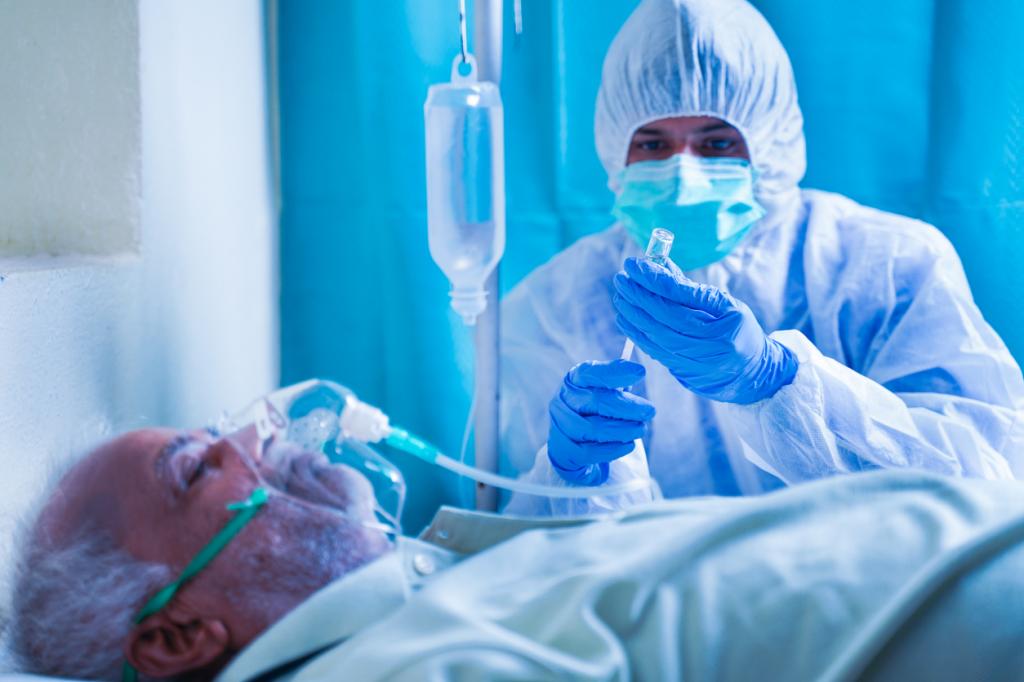 India needs to go beyond testing and tracing as its COVID-19 pandemic containment strategy, and focus on monitoring hospitalisations as well as virus behaviour, according to experts.

India’s COVID-19 positivity rate has been on a steep incline over the past few weeks — up from 0.6 per cent at the beginning of June 2022 to 3.94 per cent as of June 22, data from the Union health ministry showed.

The current positivity rate, however, is still under the five per cent threshold set by the World Health Organization (WHO) to gauge if the pandemic is under control.

Deaths and hospitalisations haven’t reached alarming levels yet, an analysis of the government data showed.

In these circumstances, testing and tracing is no longer our route out of the pandemic, argued experts. It is time India revised its COVID-19 response strategy, which is focused on protecting the vulnerable, they suggested.

Chandrakant Lahariya, a public health analyst and epidemiologist, told Down To Earth (DTE):

The classification in terms of epidemic or endemic is more of academic relevance only. What is more relevant is that COVID-19 in India is not a public health issue anymore. Therefore, the ongoing strategy of ‘test, track, treat, vaccinate and covid appropriate behaviour’ recommended by the government needs a rethinking.

“Since testing and test-reporting have now become less and less systematic in the country, the numbers emerging are increasingly harder to interpret,” Satyajit Rath, immunologist and visiting faculty at the Indian Institute of Science Education and Research in Pune, told DTE.

But indicators like the positivity rate and hospitalisations are not worrying yet, according to public health experts.

Guidelines for contact-tracing were relaxed in January 2022 when the Indian Council for Medical Research (ICMR) stated asymptomatic contacts of those who have tested positive for the SARS-CoV-2 virus are no longer required to get tested, unless they fall under the high-risk category based on age or comorbidities.

The move was hailed by experts. “This is no longer about finding all who were in contact with a COVID-19 positive person and testing them,” Gagandeep Kang, a virologist at the Christian Medical College-Vellore, had told DTE earlier. Her rationale was we are already missing out on nine of 10 asymptomatic infections.

K Srinath Reddy, president of the Public Health Foundation of India, had agreed, arguing that the treatment remains the same — isolate, wear a mask and practice physical distancing — since a test result has little clinical relevance for this population.

Along with India’s testing and tracking efforts, the country’s vaccination drive also has changed in the last few months.

In isolation, the absolute figure is big, but primary vaccination has stagnated now and booster dose uptake has been poor.

By April 7, India had completed the initial vaccination protocol for 60 per cent of its eligible population. Fast forward almost three months, the figure increased to just 65 per cent on June 21, according to Our World in Data.

The trend is similar for the share of people who have received at least one dose. The proportion increased by only 10 percentage points since January 5, and was 72 per cent as of 21 June.

Booster doses per 100 — administration of which began on January 10 for healthcare and frontline workers and comorbid people aged 60 and above — was just 2.91 as of June 21, despite everyone above 18 years of age now being eligible for it nine months after completing initial vaccination.

“We have lost momentum on vaccination campaigns as well and since vaccines protect against serious illness but not so much against infection-transmission, (it allows) newer transmissible variants to emerge fairly rapidly,” Rath said.

It is evident that both communities and governments have now abandoned all physical distancing measures to all intents and purposes, while the virus is still circulating, he added.

Kang believes it’s time we change our understanding of what COVID-appropriate behaviour is. When a population is vaccinated or highly infected, which is the case with India now, we don’t need to worry as much.

“Now, we need to track not cases but hospitalisations. We need a deeper dive in terms of how the virus is infecting the body, understanding the clinical picture, which variant is causing what, who is getting admitted (unvaccinated or not, which vaccine),” she told DTE.

This is the kind of information we should be collecting now because infections will continue to happen. COVID-appropriate behaviour should be applied when a new variant emerges, Kang said.

As the pandemic evolves, every country will have its own pattern. “The current rise in cases is in some way an artificial spike as long as it’s not putting people in hospital,” she said. What is a surge if 90 per cent of the hospital beds are empty, she asked.