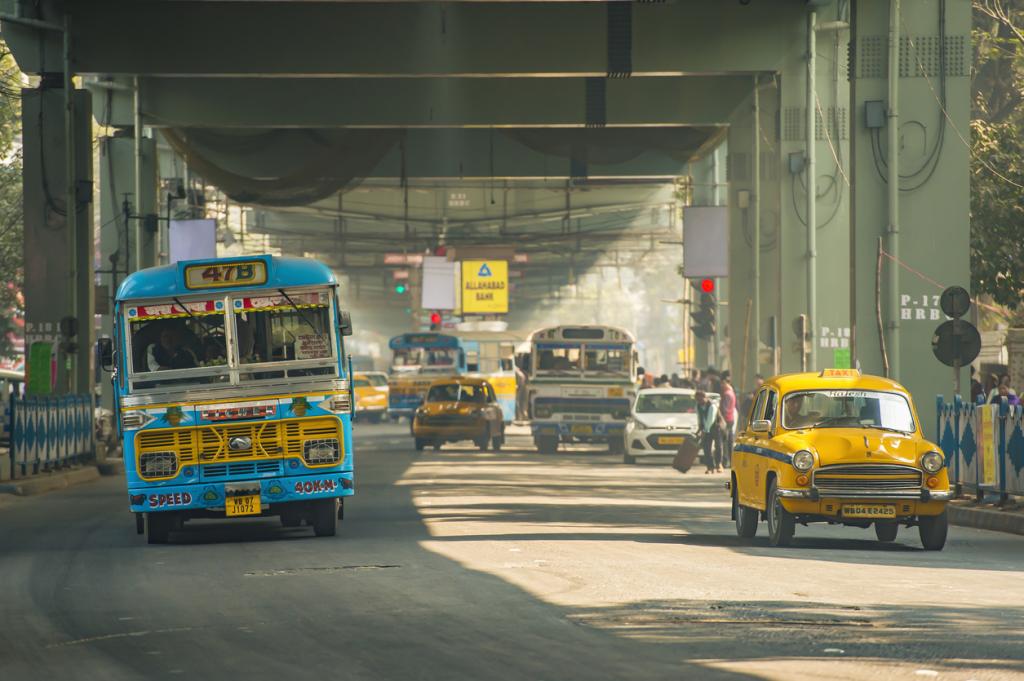 The Kolkata Municipal Corporation (KMC) has received over Rs 536.5 crore since 2019 to combat air pollution, said a senior central government official to Down To Earth (DTE). Despite the robust financial support, the city continues to have one of the worst air qualities in the world.

It recently ranked second in Particulate Matter 2.5 concentration after Delhi in a global assessment of 100 populous cities.

The PM 2.5 pollutant count is considered critical as they can penetrate deep into the lungs, triggering a range of health problems including fatal ones.

Environmentalists alleged that the funds were used inappropriately. The money was spent on non-priority areas instead of critical areas like vehicular pollution control likely to have wider political ramification, they alleged. Hence the investment failed to bring the desired improvement in the air quality of the city.

State and civic body officials accepted that the steps taken so far have proven inadequate to cut the air pollution level significantly in the city,  which is about 40 per cent above national limit. Actions on key areas like the transport sector need to be prioritised.

“I will seek a detailed report from the pollution control board and try to undertake appropriate steps to fix the problem,” said Manas Bhunia, state environment minister, to this journalist.

Kolkata’s PM 2.5 concentration in 2019, the year considered for the study, was 84 micrograms per cubic metre of air, according to the global report Air Quality and Health in Cities by US-based Health Effects Institute. This is more than double the national standard of 40 micrograms and nearly 17 times the World Health Organization (WHO) standard of 5 micrograms.

The National Clean Air Programme (NCAP), however, considers reduction of PM10 — fine respirable particulate matter —  as a benchmark of improving air pollution status. This is because sufficient infrastructures for measuring PM2.5 do not exist throughout the country.

The eastern city, however, has not even shown much improvement in the PM10 levels over the last three years, as its annual average has remained static around 100 micrograms.

In fact, during 2021-22, according to NCAP, the concentration increased to 106 micrograms compared to 99 micrograms the year before. The national annual limit is 60 micrograms.

“Under NCAP and then the 15th Financial Commission, KMC received Rs 536.5 crore from 2019-20 to 2021-22. The money went directly to KMC and only a small part of it was allotted to the state pollution control board through them, as is the NCAP norm,” the senior union government official told this journalist.

KMC officials claimed that they have been working according to the air action plan prepared for the city being pivoted by the environment department. They, however, admitted having inadequate capacity to handle such huge funds and actions to counter pollution in the city.

We could use about 50-60 per cent of the funds so far as we do not have adequate infrastructure. We have so far spent funds on road development, particularly making them pothole free; bio-mining of legacy waste in Dhapa; setting up of two construction and demolition waste recycling units in city; water sprinklers, according to the advice of the environment department.

“We will also support at-source separation of solid waste to be initiated soon,” the official added.

The corporation has also purchased about 170 new vehicles to replace its fleet of 15-year-old vehicles.

It also invested around Rs 60-70 crore on building charging stations for electrical vehicles and a few CNG buses, sources said.

“The steps taken by KMC are important, but what about the priority areas like controlling vehicular pollution and taking steps to replace old polluting commercial vehicles?” said environment activist Subhas Datta.

KMC should not use the fund in covering its other activities and rather, prioritise its action on urgent air pollution-related areas, he added.

Scattering of construction waste in the open covering footpaths — even part of roads — and burning of garbage are routine sights within greater Kolkata, Datta pointed out.

It’s strange that such a huge amount of public money was spent apparently to counter the city's air pollution and no public consultation was held. We demand the government and KMC to inform the public how they are spending the money and organise widespread public consultations on the issue.

Environment experts have also highlighted the ambiguity in the city's strategy of pollution reduction. Trams — the oldest electric vehicle in the city that has made a comeback all over the world — have been pushed towards a natural death through complete apathy, they noted. This is when, quite rightly, an effort to introduce large scale electrical vehicles are going on simultaneously.

Moreover, there is still no integrated public transport system that can significantly reduce the pollution load, experts argued.

Phasing out old commercial vehicles, including goods vehicles, is politically inconvenient, a researcher in the city said. It involves a huge number of people and so, has been put on the backburner, they added.

“So, the party in power and even the opposition hardly say anything on the issue of surging air pollution and scrapping of old vehicles,” the expert pointed out.

"On the other hand, doling out freebies such as gas in the name of pollution control work in favour of the politicians,” they further added.

“It’s a fact that based on the NEERI report, we earlier asked KMC to prioritise actions on construction, road dust counter and water sprinkling as well as waste burning,” said a senior environment department official.

However, since then, the NEERI report has come under the scanner as it is found to be inconsistent with reports prepared by other premiere research institutes.

“This year, we are asking KMC to focus on transport, solid fuel and stubble burning,” the official shared, accepting that earlier actions were proven to be inadequate to cut pollution to a significant level.

"Data from the Health Effects Institute (HEI) report show that residents of Kolkata are exposed to poor air quality, including very high levels of PM2.5. It is critical to address air pollution in the city, and plan for targeted actions on sources including transportation, industries and waste,” Pallavi Pant, a senior scientist of HEI, to DTE.

Experts expressed apprehension that Kolkata may not be able to reach the pollution cut target as mandated within the stipulated period unless the government swings into real action quickly.