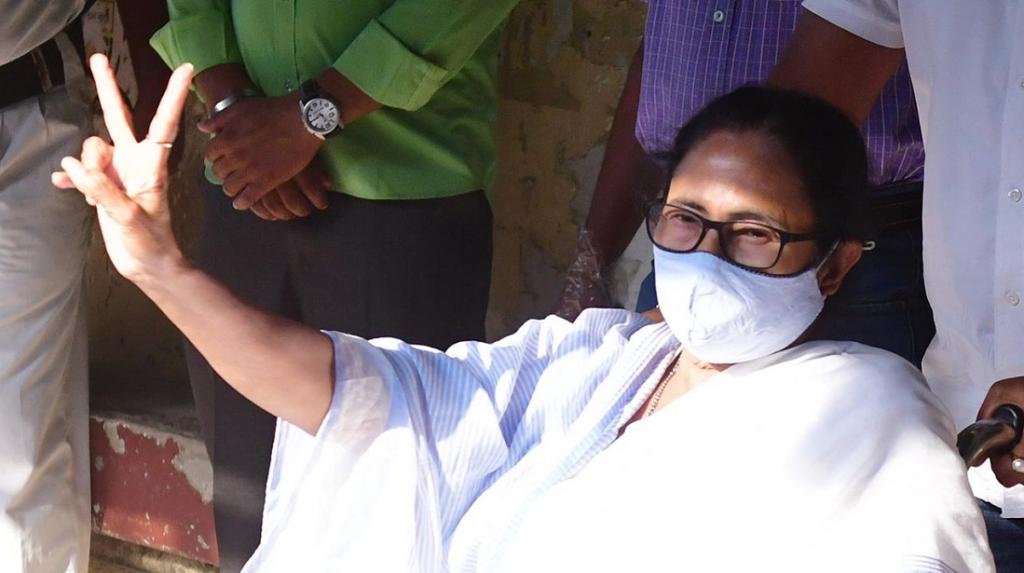 The mishandling of the novel coronavirus disease (COVID-19) by the Narendra Modi government appears to have contributed in the massive sweep of the West Bengal assembly elections by incumbent Mamata Banerjee.

The Mamata Banerjee-led All India Trinamool Congress (TMC) won 213 of the 292 — 73 per cent — seats in the state Assembly despite visible anti-incumbency given that it had ruled the state in the last decade, according to the results that came in after the counting of votes May 2, 2021.

Banerjee May 3 asked newly elected TMC legislators to go back to their constituencies and help people even as the COVID-19 pandemic rages in the state.

“Didi (Banerjee) has told us to take up COVID-19 control as a priority and help people in this hour of crisis,” Debasish Kumar, a first-time member of the legislative assembly from the prestigious Rashbehari seat of south Kolkata, said.

“It is felt that in the absence of political executives, the officials are not being able to take crucial policy decisions, which is affecting COVID-19 control. She may decide on this after taking oath April 5,” a TMC leader said.

The Election Commission of India (ECI) had earlier ordered the removal of all political leaders from administrator posts of municipalities during the period of the model code of conduct.

“COVID-19 management is my priority. There is a shortage of vaccine supply. Approximately 65 per cent of vaccines being produced in India were already sent overseas. Still, we are vaccinating 50,000 people a day. Till now, we have administered more than 150 million vaccine doses," Mamata had said while addressing the media after her victory May 2.

The daily number of COVID-19 positive cases in the state has consistently touched the 17,000-mark in the last few days.

How it panned out

The TMC did remarkably well in the last three phases of the mammoth eight-phase election, winning 89 out of the 112 seats, analysis showed.

That was also the time when the number of COVID-19 patients rose vertically in West Bengal and the ECI and the Centre came under the scanner for scheduling such a long election process.

“If you look at the results, you will understand the impact. The TMC did very well in places like Kolkata and North 24 Parganas that voted in the last three rounds and have been highly affected by the spread of COVID-19,” a poll analyst told this reporter.

Prime Minister Modi’s Bharatiya Janata Party (BJP) had won three of 11 Kolkata Assembly segments during the 2019 Parliament election. Despite this and the apparent urban incumbency against the TMC, the party won all 11 seats this time, the analyst noted.

“Apart from the collective dominant urge to defeat the BJP narrative, COVID-19, particularly the way the BJP government was handling it throughout the country, must have played a role,” the expert added.

The spread of COVID-19 in the entire country including Bengal, as well as the manner in which the Union government bungled on the issues like providing oxygen, organising vaccines, etc must have led people to reconsider as to whether Bengalis could bring in such a party to rule the state.

Manas Gumta, a physician representing a major doctor association in West Bengal added that people in the state saw the gory pictures coming from even BJP-ruled states like Uttar Pradesh or Gujarat of people dying without oxygen and hospital beds.

“This party would never give Bengalis a Golden Bengal if people in states ruled by it were dying like this. That is what people thought,” Gumta said.

The ECI’s decision to rule out Banerjee’s suggestion of clubbing the last three phases together to minimise COVID-19 impact also seemed to have angered voters, poll analysts said.

Her party acknowledged the role of COVID-19. Javed Khan, a minister in the last TMC government, who won with a handsome majority from the Kasba constituency on the eastern fringe of Kolkata, said:

Despite Didi urging the ECI, it scheduled a one month and eight-phase-long election just to maximise the campaign advantage of Prime Minsiter Modi and Home Minister Shah, at the expense of the lives of Bengal’s people. They have now given a befitting reply through the ballot box.

Together, Modi and Shah held about 80 public meetings and rallies in a month in West Bengal. They were called ‘daily passengers’ by Mamata Banerjee.

“The fear of COVID-19 during the last few phases reduced the voter turnout in Kolkata and elsewhere significantly, which went against us,” Subhas Sarkar, a BJP parlimentarian from Bengal and also a physician, said.

“There are multiple factors in this loss. The last minute addition of TMC turncoats, many of them tainted, showed us in poor light to the electorate,” a senior state-level BJP leader said. The central leadership taking centre stage during campaigning without consulting local leaders was another misstep, the leader said.

“The spread of the pandemic during the concluding phases and the anger among urban people against the Centre due to that was the icing on the cake,” the leader added.