Women's Day: These 900,000 health workers have no reason to celebrate 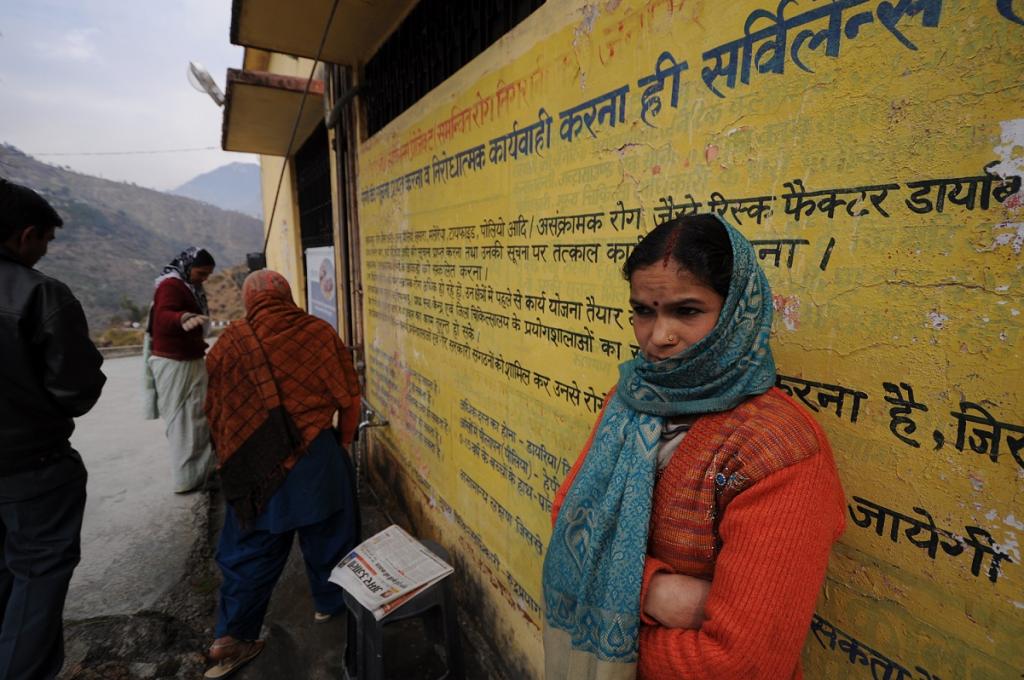 Barring a few states, the ASHA workers do not get fixed salaries, but incentives for every job they do. Credit: Sayantoni Palchoudhuri

While the world is celebrating the international women’s day with fanfare, about 900,000 strong women workforce in the health sector in rural areas don’t feel like part of the celebration. Recognised as accredited social health activists (ASHAs), they are a suffering lot.

Usha, an ASHA facilitator in Piprahi block of Bihar’s Shehohar district certainly cannot connect herself with the day because she has not got her incentives since June 2017. She is literally working for free, knowing not when she will get her due.

It should be mentioned here that barring a few states, the ASHA workers do not get fixed salaries, but incentives for every job they do. And it ranges from Rs 15 (for preparing a malaria slide) to Rs 1,000 (for being DOTs provider if there is a TB patient in their area). There are 43 activities they are supposed to engage in depending upon the need of the concerned area. They are supposed to get a combined sum of these incentives at the end of every month.

However, ASHAs who spoke to Down to Earth said their incentives have been delayed for several months. Usha says, “Till December, whenever we asked in block primary health centre (PHC) about our salaries, we were rebuked and told that we can leave the job because we will not get money at all. My several visits yielded the same reply. We were also said that the PHC is not getting salary from district headquarters. In February, we were told we would get it. We are in complete dark as to what our future would be.”  Another ASHA of the same block, Chanda Devi says, “Never has the delay been so long. I have been working for 11 years.”  When asked why she was working at all if she was not getting remuneration, Chanda says, “We have not given up yet. If we do, we will lose all our arrears. Therefore, we have to continue working.”  Pratima Jha, another ASHA worker from neighbouring Punraiya block of the same district says, “I have also not got my incentives for the last eight months.” There are 85 ASHAs in her block.

Shehohar’s district programme coordinator Sunil Jain says, “The salaries were disbursed till October 2017. After that we could not, since we did not have Financial Management Codes of all the ASHA workers. Now, we do have. I hope all their dues will be paid starting this month.”

When this was reported to the concerned official in State Health Society of Bihar, he refused to speak on anything as he was authorised to talk to the media. According to an official, some procedural difficulties are behind this delay. “For example, many ASHAs don’t have bank accounts in which the money is to be transferred. Earlier, it was handed to them in cash. Many of those who have bank accounts don’t have Aadhar numbers linked. Hence, the delay,” he says. However, he claims that the delay is not more than a month or so, contrary to the claims of ASHAs and the district official. There are 85,000 ASHAs in Bihar.

The plight of ASHAs is not confined to a state.

An ASHA facilitator from Ubu Bango village of Arunachal Pradesh’s West Siang district, Kingam Ori says, “We have not got anything from October till date. From April to September too, we got only our incentives and not honorariums.”  She tells Down To Earth that as per Arunachal Pradesh government guidelines, every ASHA worker is entitled to Rs 1,000 honorarium per month, besides the incentives.

That the delay in payment to ASHAs is a pan-India story was also confirmed by the Centre of Indian Trade Union’s national secretary Sindhu (She goes by her first name). “While we have been demanding fixed salaries instead of incentives, which the leaders promised during the time of election, it is appalling that the ASHAs are not even getting what is currently due to them. We keep getting reports from all parts of India regarding inordinate delays,” she says.

CITU and other trade unions had organised at least two big protests of ASHA workers from across India in New Delhi in 2018.

A study by Pune Medical College’s Abhay Mane and Solapur’s Sanjay Khandekar published in Volume 4 of Primary Health Care in 2014 reads “According to a report released by the State Institute of Health & Family Welfare, Rajasthan, ASHA workers have brought an increase of 80.7 per cent in institutional deliveries. A 2008 United Nations Population Fund assessment of the NRHM programme in Bihar, Madhya  Pradesh,  Odisha,  Rajasthan  and  Uttar  Pradesh  revealed that institutional delivery rates had increased from about 12 per cent in 1992-93 to about 55 per cent in 2008 (after introduction of ASHAs).”

The same study points out their role in dramatic turnaround in immunisation numbers and tackling the malnutrition—two key issues of public health in India. “In a study conducted in Uttar Pradesh, it was observed that as many as 59 per cent of the immunisation activities were facilitated by the ASHA workers. In another study from Jharkhand, 93.8 per cent of ASHA workers advised parents of malnourished children to take them daily to the Anganwadi Centre.” This study also quotes a study by Singh et al, which found that ASHA’s were able to connect and convince women to utilise antenatal and postnatal services.

ALSO READ: Why social health activists in India live a life of uncertainty