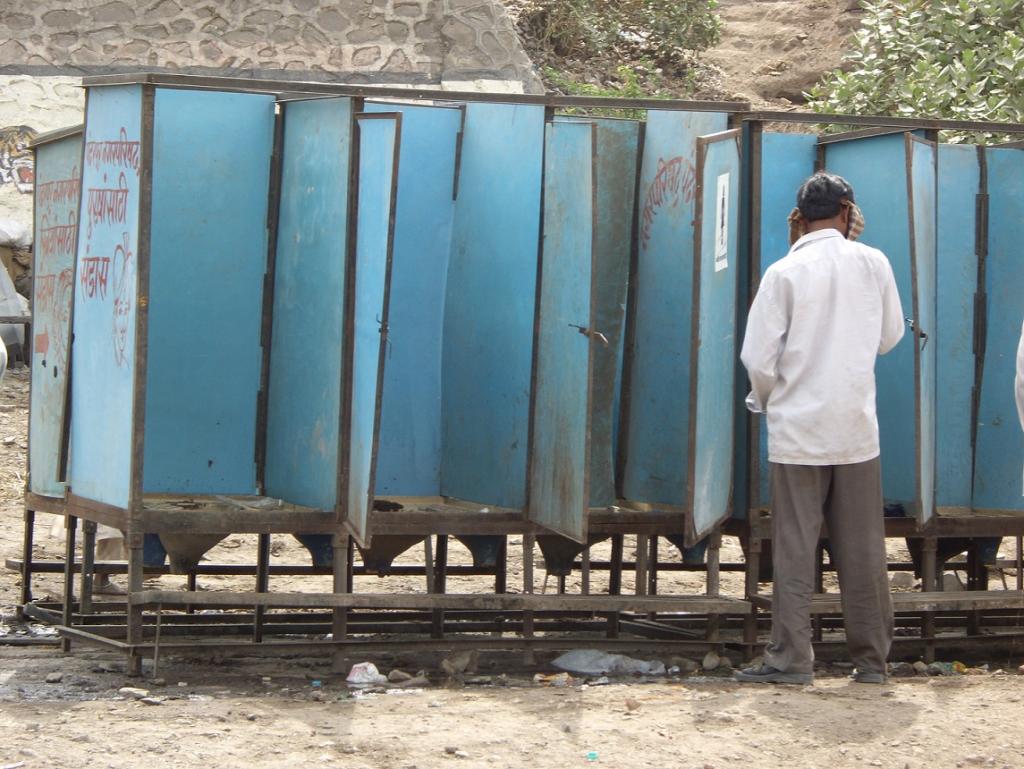 Total requirement of toilets assessed by the implementing agencies was far less than the number of toilet construction projected by the Centre. Credit: Wikimedia Commons

Despite having Rs 40.31 crore and 30 months at disposal, the Delhi government failed to construct even a single toilet under Swachh Bharat Mission, reveals the audit report by the Comptroller and Auditor General of India (CAG). The report, tabled in the state assembly on April 3, observes that Rs 40.31 crore (Central share of Rs 30.23 crore and State share of Rs 10.08 crore) was released to the implementing agencies in January 2016 for construction of household toilets, community toilets and public toilets. All the funds allocated for this purpose now remain idle in banks.

The Delhi government, according to the CAG report, did not give adequate importance to implementation of the Mission despite the Economic Survey of Delhi, 2016-17 revealing that 350,000 households in Delhi (about 10.5 per cent of all households) do not have any toilet facility and 22 per cent slums lack any latrine facility. The CAG report finds that the total requirement of household toilets, community toilets and public toilets assessed by the implementing agencies in September 2015 was far less than the number of toilet construction projected by the Centre based on Census 2011.

The Aam Aadmi Party, in its manifesto had promised to construct 200,000 toilet blocks in slums/JJ clusters and unauthorised colonies. However, when a high-powered committee asked the government to identify the sites and blocks for constructions, the latter assessed that the national capital would need to construct 11,117 household toilets, 25,097 community toilets (including 16,050 for slums and JJs) and 605 public toilets under the Mission scheme by October 2019.

South and North Delhi Municipal Corporation (DMCs) did not consider unauthorised colonies for projecting requirement of Individual Household Toilets stating that they do not have jurisdiction over them thereby leaving unauthorized colonies out of Mission coverage with regard to Household Toilets.

"Inability to target individual households for construction of household toilets and to identify sites and blocks for construction of community toilets and public toilets, and ignoring the toilet requirements in unauthorised colonies shows implementing agencies’ scant concerns for public convenience facilities generally used by common people of Delhi," the audit report observes.

Not enough done to spread awareness

The audit report also observed that a total of only Rs 2.03 crore was spent on public awareness programme against Rs 5.17 crore released. East DMC and DCB spent Rs 2.3 million and Rs 5 million against Rs 18.6 million and 2.7 million released to them by the Delhi government. "This was indicative of inadequate efforts on the part of these implementing agencies to educate the households to avail the benefit of household toilets," the report concludes.