Panchayat-level activities, planning and development are at a standstill for months 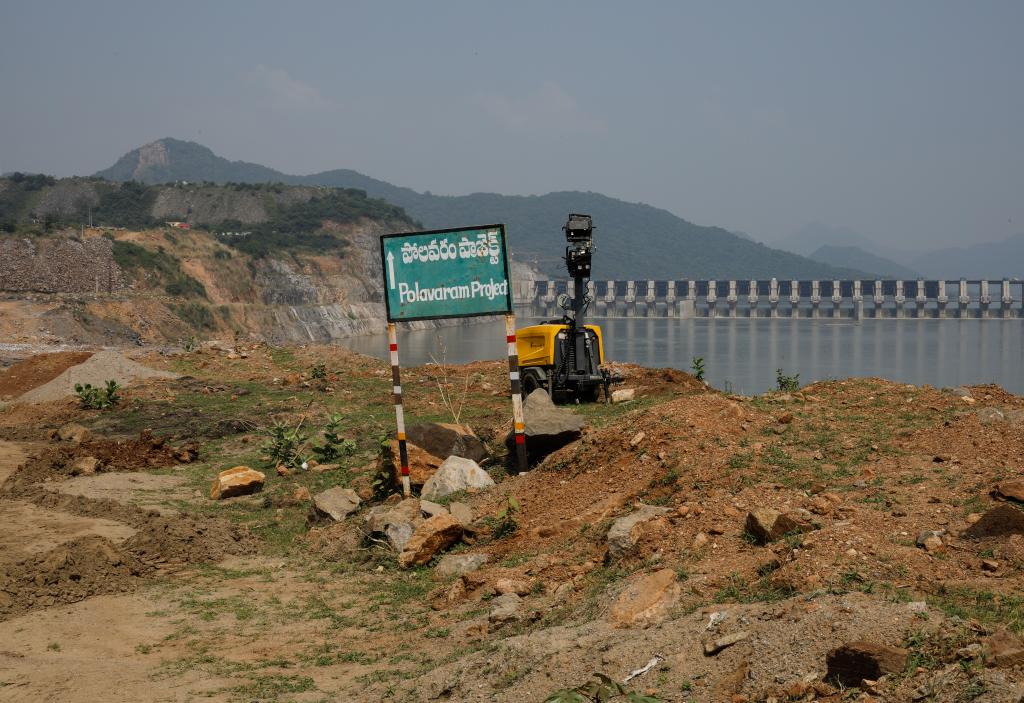 The families displaced by the Polavaram Irrigation Project in Andhra Pradesh are facing a peculiar administrative challenge, apart from being plunged into a socio-economic crisis: They no longer know which Gram Panchayat their new addresses fall under.

The villages from which they have been displaced have not been denotified yet and the rehabilitation and resettlement (R&R) colonies, where many of them have been shifted to, have not been declared a village yet, owing to technicalities.

The Polavaram irrigation project of building a dam to harness Godavari's water is set to be operationalised by April 2022. Once ready, it will displace 106,006 families across 222 villages in the southern state.

The areas which are already submerged and will be submerged by next year due to the project are scheduled areas, with predominant tribal population and governed by The Provisions of The Panchayats (Extension To The Scheduled Areas) Act (PESA), 1996 for ensuring self governance.

The act, among other things, gives the tribals control over their resources, minor forest produce, land, mines and minerals.

It also mandates that the panchayats shall be in consonance with the customary law, social and religious practices and traditional management practices of community resources —  every village shall have a Gram Sabha consisting of persons whose names are included in the electoral rolls for the panchayat at the village-level and that the Gram Sabha shall be competent to safeguard and preserve the traditions and customs of the people.

Further, every panchayat at the village level shall be required to obtain a certification of utilisation of funds from the Gram Sabha for plans, programmes and projects referred to in clause.

However, for the displaced villagers, all the panchayat-level activities, planning and developmental work are at a standstill.

Every Gram Sabha, the primary local governance body, ia supposed to meet at least two-four times a year, according to the act. But sarpanches (village head) say they have been able to meet just once in the last seven months.

We have been asking the government authorities to denotify the village that was previously in our jurisdiction since we have been displaced from there. But they say they can’t do it because the compensation process is not complete yet. If they denotify the village, it will not exist on paper and they can’t give compensation. So we are stuck in between.

“We would hold meetings frequently on development of our 13 villages. Now these 13 villages are scattered and we can’t hold those meetings when we want to,” she added.

Their main worry, she shared, is the livelihood prospect and development of these colonies. “But we are finding it very challenging to get together and discuss these issues.”

Thokala Nagarathnam, sarpanch of Manturu panchayat, which consists of three villages, said all of them have been moved to different colonies. The fishermen in these villages are anticipating floods and want to get their boats repaired, he added. “But it is a challenge to conduct meetings and find a solution.”

The villages comprised a total 400 tribal and 125 non-tribal households, according o Nagarathnam. “Now the tribal and non-tribals have been segregated.”

Authorities have shifted tribals and non tribals separately because, according to the Andhra Pradesh Scheduled Areas Land Transfer Regulation, 1959, a non-tribal cannot be resettled in a scheduled area during any land acquisition process.

Moreover, 2,000 people from these three villages are staying in rented houses because they have not been rehabilitated yet. So, it is difficult to get everyone under one roof for council meeting.

O Anand, project administrator, Polavaram Irrigation Project, confirmed that the formal denotification and approval has not begun yet.

“The village from where people are moved happens once they are relocated. The displaced population is linked with the nearby panchayat and if there is a need that panchayat will be divided further,” he explained.

It is a routine affair to divide Panchayats when the population of an area increases, he said, adding:

In Andhra Pradesh, we also have a sachivalayam (village secretariat) system for every 2,000 villagers. These sachivalayams have started functioning wherever these people have moved in. But formal denotification and approval has not yet started.

The rural local body elections in Andhra Pradesh in February, 2021 was also riddled with discord: The authorities conducted the panchayat elections in the villages that were already submerged or set to be evacuated in a month.

“We went back to our villages to vote but what was the point?” asked Kunjam Rajamani, sarpanch of Devipatnam panchayat.

We don’t even know who is responsible for our development any more, he complained. “After people were shifted from villages to R&R colonies, these colonies were merged with Indukuru panchayat but we were asked to vote in Devipatnam.”

Merging of panchayats is a common grouse among many R&R colonies as they feel it will hamper their decision-making power.

The population in each resettlement colony is high and they fear combined panchayats will make administration challenging. They demand a dedicated panchayat for each colony, Rajamani said.