Tamil Nadu is one of the three states that tops Down To Earth's State of the Environment in Figures 2020's good governance rankings. Photo: Wikimedia Commons

Tamil Nadu, Maharashtra and Himachal Pradesh topped were governed the best in India according to the Down To Earth’s State of India’s Environment 2020: In Figures rankings of states on ten parameters. The report is due to be released on June 4, 2020.

The rankings are based on two recent government reports: Good Governance Index and Composite Water Management Index. The parameters include:

Delhi placed at the bottom along with Arunachal Pradesh and a few other states. 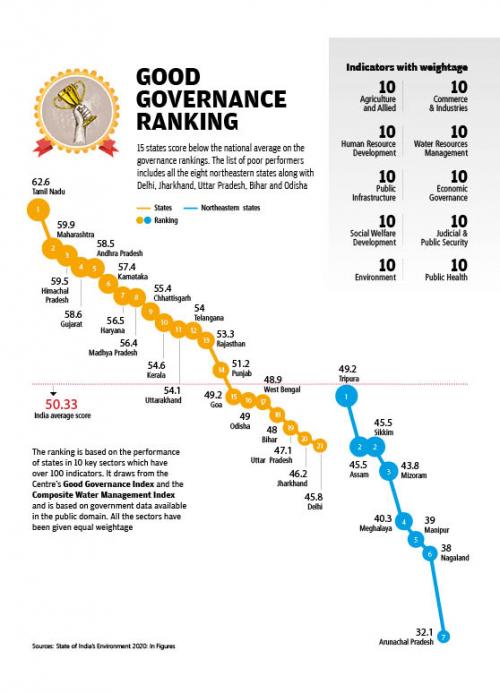 The rankings also highlight the specific sectors where individual state governments are lagging and the sectors where they are doing good work. For example, Delhi is ranked third in human resource development, which looks at education and skill building among others. 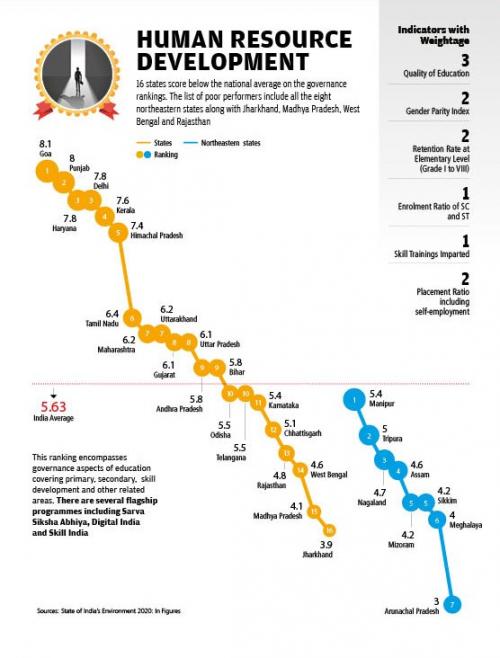 The national score in agriculture and allied sectors (horticulture, livestock and fisheries) is a dismal 4.23 out of 10, highlighting the need for immediate focus.

This explains the widespread slump in the sector and the resultant high rate of farmer suicides in India. Tamil Nadu scores marginally better at 4.5 while Maharashtra scores 4.2.

In fact, 13 states score below the national average and this includes five north-eastern states, along with Delhi, Telangana, Goa, Kerala and Punjab.

The current pandemic is making the situation worse. For example, horticulture, a major source of income for farmers in the southern state of Tamil Nadu, had been impacted with less demand due to closure of temples and a ban on marriages. 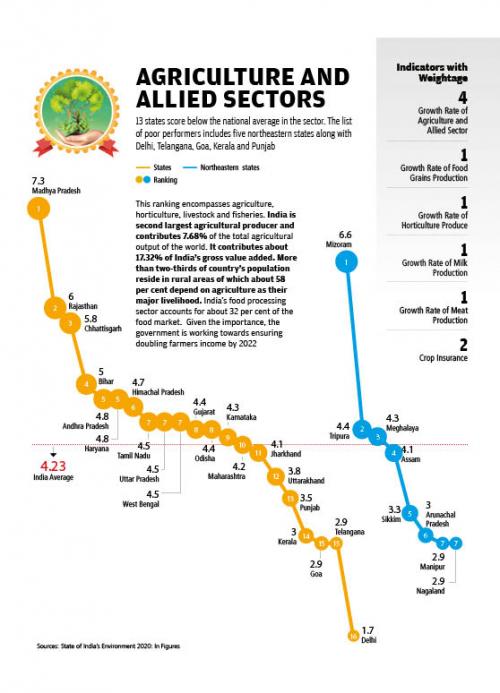 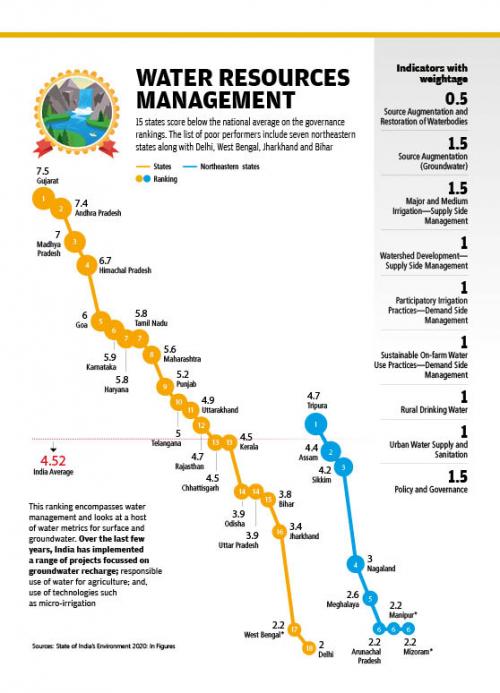 For more details regarding the rankings, read the State of India’s Environment 2020: In Figures