Over the next three years, the government wants to focus on strengthening implementation and monitoring of existing schemes 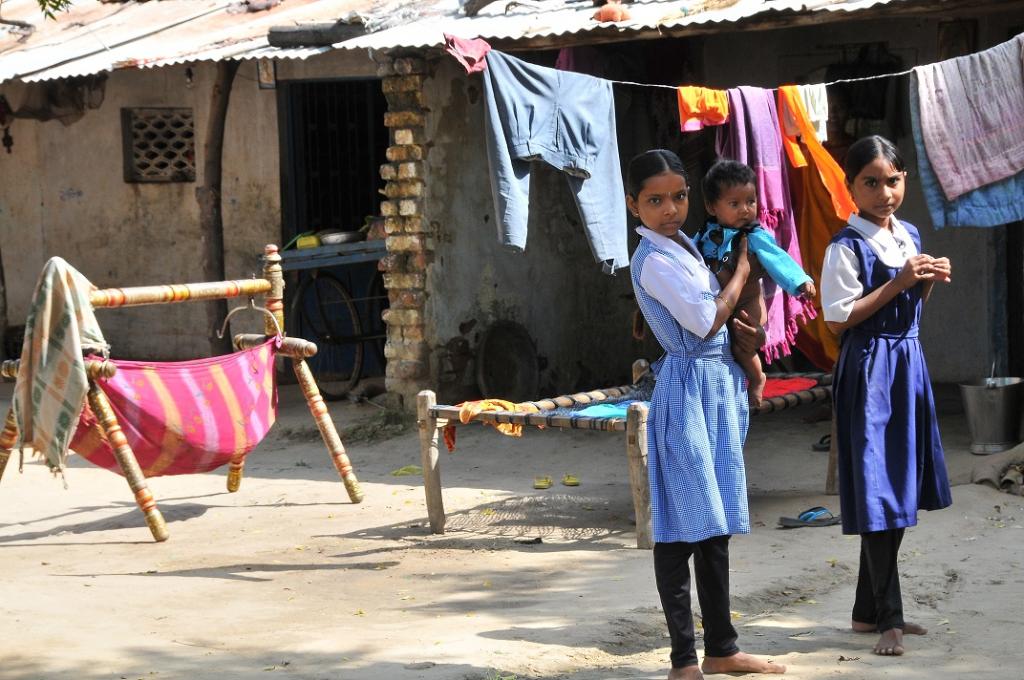 Government's target is to provide houses to all by 2022, for which, 10 million houses need to be constructed by March 2019. Credit: Meeta Ahlawat / CSE

Low literacy levels, inadequate access to health and sanitation, and insufficient linkages with formal financial services are some of the challenges facing rural India, observed the three-year action plan of the Centre. Besides digital connectivity and literacy, the government’s action plan emphasised the need to strengthen panchayats so that they are able to respond to local needs effectively.

Implementation of MGNREGA and other schemes

The action plan proposes to update the SECC data by including information on benefits availed by the households under several government schemes. It wants the panchayats to analyse the data to understand the level of implementation. The government also intends to use Geographical Information System (GIS) to track assets created under Pradhan Mantri Awas Yojana (PMAY).  With respect to the Mahatma Gandhi National Rural Employment Guarantee Act (MGNREGA), the government intends to make social audits by an independent unit compulsory.

Having identified human resource issue and lack of funds as key challenges in implementing National Rural Livelihood Mission, the government now plans to focus on retention of project staff at district and block level and filling up vacant posts. For members of self-help groups (SHGs) and those getting employment under MGNREGA, the government wants to open Jan Dhan account and link it with their Aadhaar numbers “to ensure timely payment of wages without leakage”.

ALSO READ: How Aadhaar evolved into an invisible tool to monitor transactions

Acknowledging the fact that a number of assets under MGNREGA fall into disrepair and become unusable over time due to lack of maintenance, the government proposes to create a separate maintenance fund for community funds and lay down operational guidelines. The government also observed that the “benefits of MGNREGA have been reaped disproportionately by some of the more prosperous states. Thus, it wants to target the scheme in favour of the poorest households.

Calling PMAY a “fairly ambitious project”, the government commits to provide houses to all by 2022, for which, 10 million houses need to be constructed by March 2019. Given that there is a back-log of half-finished structures due to delay in the release of payments, the government plans to strengthen monitoring mechanism.

In the coming three years, uninterrupted water supply will be provided to a minimum of 179,000 partially covered habitations, and additionally, at least 26,500 arsenic- and fluoride-affected habitations will be treated.

When it comes to sanitation, the action plan observes that one size does not fit all. “There is a diverse and complex set of factors, including religious and social, that influence household decision pertaining to sanitation,” the report observed.  Contrary to coercive ways it had adopted to stop open defecation in desperation to meet the target of making India open defecation-free (ODF), the government now wants to assess why community-led total sanitation approach has not scaled up in India. The emphasis, as the action plan suggests, will be on “igniting behaviour change from within the communities”.

According to the action plan, 50 million BPL households should have access to Liquefied Petroleum Gas (LPG) under Pradhan Mantri Ujjwala Yojana (PMUY) by 2019. While tracking the progress of PMUY, Down To Earth found out that there are few bottlenecks that remain to be addressed.  Over the next three years, the government aims at brining electricity to every household in every village with a focus on “quality, reliability, affordability and legality of supply” to ensure that power actually reaches villages. Last year, Down To Earth travelled to six states and found several challenges in the implementation of Deen Dayal Upadhyaya Gram Jyoti Yojana (DDUGJY).

When it comes to infrastructure, the government has set a target of connecting all villages in rural areas with all-weather roads under the Pradhan Mantri Gram Sadak Yojana over the next three years. For this, a GIS database with information on rural roads will be created on priority.