To authorities, it's smelly and you know it, still you don't act on it

India has been dragging its feet over abating odour pollution. Does it lack in infrastructure, or will? 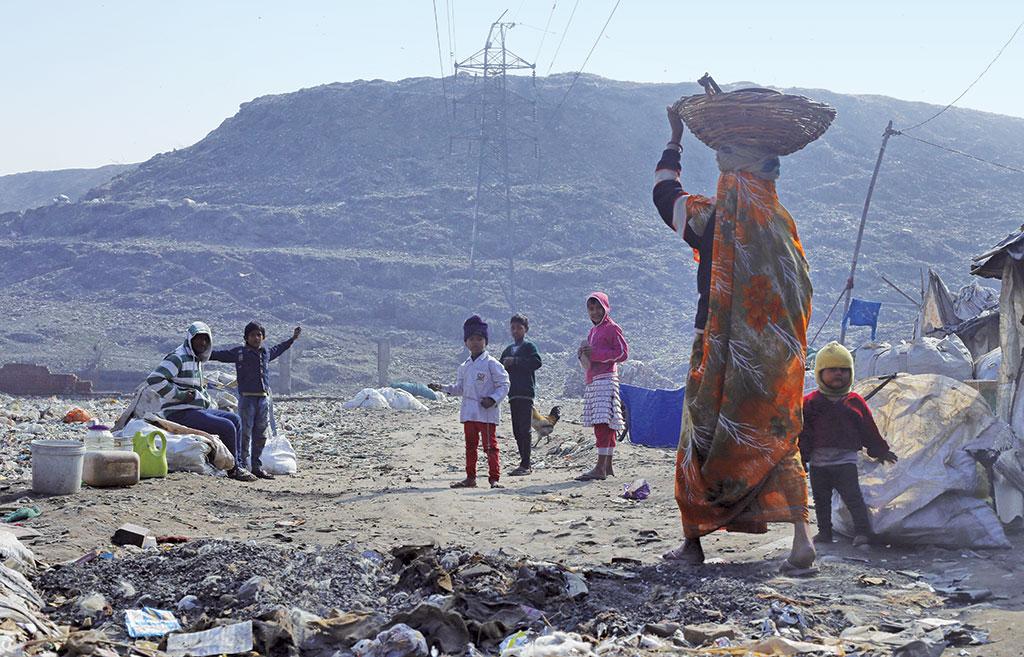 People living around Ghazipur landfill often blame it for their health ailments. Some garbage mounds have reached the height of 60 metres in the last 40 years (Photo: Vikas Choudhary)

The residents of Noida, a city in the national capital region, are on a warpath for over a month now. At the heart of the protest is a 10-hectare plot in sector 123, where the Noida Authority had recently started dumping garbage from across the district. Residents say they are facing tough days because of the unbearable stench from the dumpyard. Though the authority has stopped dumping in the last week of June following protests, the respite may not last long as the city master plan demarcates the site for a waste-to-energy plant and a landfill will be part of it. “It seems, we no longer have the right to fresh air,” says Neeraj Prakash, an information-technology professional who lives in a colony in front of the landfill.

This isn't a Noida specific problem. Intekhab Aslam, 35, a marketing consultant who lives in New Delhi’s Sukhdev Vihar, which is close to the Timarpur-Okhla waste-to-energy plant in New Delhi, says, “On a nice, windy evening, which is anyway so rare in Delhi, while many people get to sit in their balconies with a cup of coffee or at least open their windows, we don’t have that luxury. Because if we go to enjoy the weather, we will first have to first face the strong stench which is not only annoying, but also causes irritation in our eyes. So we are cooped up in our houses most of the time."

While complaints against stench from landfills and waste-to-energy plants manage to draw government’s attention—52 such protests have erupted across 16 states in the past three years, says the State of India’s Environment in Figures 2018—the misery of those who endure malodour from oil refineries, fish markets, slaughter houses, distilleries, pharma- ceuticals, biomedical and hazardous waste disposal sites and pesticide plants remains unnoticed.

The World Health Organization recognises odour as a pollution and says it affects the quality of life and social well-being of individuals.

Though the effects vary from person to person, stench can generally cause vomiting, headache, nausea, insomnia, stress, anxiety, frustration and discomfort, particularly among the elderly. “Odour is a sign that unhealthy chemicals surround us,” says K K Aggarwal, former president of the Indian Medical Association, Delhi. But tackling odour pollution is the last thing on the government’s mind, or so it seems.

Over and again, the Central Pollution Control Board (CPCB) has ackno wledged in various reports that air quality gets affected not only by air pollutants but also due to unpleasant odour. But till last year, the country did not have guidelines, let alone regulations, to abate odour pollution. Worse, the guidelines introduced by CPCB in September 2017, talk about monitoring and managing odour pollution only from municipal solid waste (MSW) landfills in urban areas.

A guideline in progress

At the outset, the Odour Monitoring and Management in Urban MSW Landfill Sites, 2017 acknowledges that unlike air pollutants, such as particu late matter, carbon monoxide, carbon dioxide and sulphur dioxide, where there are specified standards for compliance, odour regulation is still in a nascent stage.

Ashok Puri, retired chief environ ment engineer, Rajasthan State Pollution Control Board, who was part of the team that worked on the 2017 guidelines, explains the importance of the standard. “If you measure body temperature with a thermometer and find that it is more than 98.8°F, you would know that the body is heating up. Similarly, we have ways to measure odour concentration, but what we don’t have is a limit defining what’s acceptable and what’s not,” he says.

The guidelines, however, suggest ways to reduce odour from landfills based on the team’s experience at the Ghazipur landfill site in East Delhi. Using instruments like olfactometers, the team found that the Ghazipur garbage mounds, which are about 15 storeys tall, had odourant compounds like ammonia, hydrogen sulphide, butyric acid, ethyl and methyl mercaptans and dimethyl sulphide. Mercaptans provoke intolerable gastric effects, at times even with low exposure, and can cause temporary cyanosis; smell of hydrogen sulphide could lead to irritation of eyes and respiratory tract; and ammonia can cause irritation of the bronchi and lungs, the team notes in the guidelines. “While researching, we saw how people were in a lot of trouble due to odour pollution. Those living within 100-200 metres from the landfill were the worst sufferers,” says Puri.

Such misery can be reduced by implementing measures, such as creating a buffer zone around landfills, and establishing a system for regular odour monitoring and identification of leaks, among others, notes the guideline. But Down To Earth (DTE) analysis shows they are far from being implemented. “Once in every three months, we write a letter to either the South Delhi Municipal Corporation or the governor or the chief minister, demanding removal of the landfill. But we are yet to hear from any of them,” says Pratap Singh, the caretaker of the Employees’ State Insurance Corpo ration Hospital, South Delhi, which shares its boundary with the Okhla landfill. “But we have not received response from anyone,” says Singh. He is nervous as the situation gets worse every monsoon when waste from the landfill flows on to the roads and into the hospital premises.

“We don’t regularly monitor odour level. CPCB did it only last year to prepare the guidelines,” says Pradeep Khandelwal, chief engineer, East Delhi Municipal Corporation. A scien tist with CPCB says monitoring odour pollution is difficult as there is no proper laboratory for this in the country. CPCB’s half-hearted attitude becomes further evident when scientists working with the pollution watchdog told DTE that the guidelines are nothing but a “research and development project”.

It’s time they learned from Europe where several countries have olfacto metry standards in place since the 1980s. Germany uses a method called “odour-hours” or an hour in which odour is recognisable for at least 6 minutes; and there should not be more than 10 per cent odour-hours in a year in residential areas and 15 per cent in industrial areas. The Netherlands, France and Ireland have a norm that says odour threshold cannot exceed 2 per cent of hours in a year.

So, why is India dilly-dallying to implement olfactometry standards? Is it because the effort would first require the country to address its gargantuan problem of solid and liquid wastes?