They established and have been running a number of schools in central India’s tribal areas for 30 years, despite government opposition 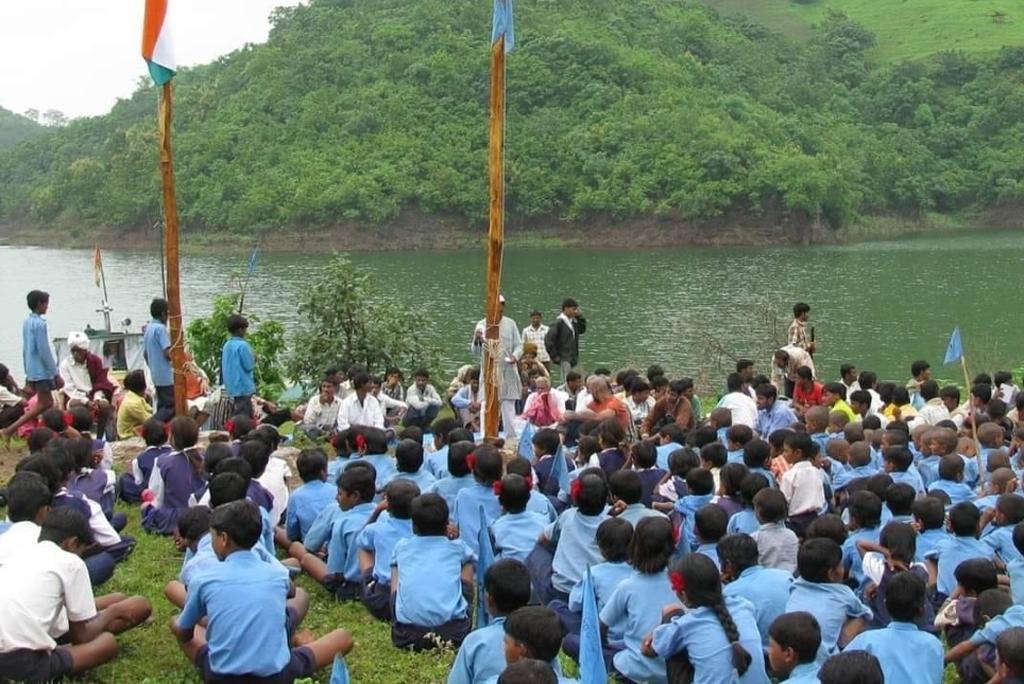 Even as Droupadi Murmu could become India’s first Adivasi President July 18, 2022, the state of tribal education in the country remains dismal. Most government schools in India’s tribal areas are only on paper. Also, most tribal children don’t get educated in their mother tongues.

Girdhar Noorapavara of Nandurbar district in northern Maharashtra, remembers that in 1991, hundreds of his fellow Bhil Adivasis used to go from one village to another on foot to buy something or access information. This was because the Bhils were mostly illiterate.

Girdhar was the first boy in his community to study. Having completed his studies, he vowed to educate Bhil children.

“It was in 1991 that we told the elders of Chimalkhedi village in northern Maharashtra’s Dhule district that the government would never educate our children. They would stay illiterate unless we did something on our own,” Girdhar told Down to Earth.

The elders allowed Girdhar and others to run a school in the village. Girdhar started two schools on August 6, 1993, with his partner Keshubhai.

One was Chimalkhedi and the second in Nimgawan village. Bhil children from not just these villages but scores around them came to attend the schools.

The schools taught only till grade 4. Girdhar told DTE that trouble started when top officials in the Maharashtra government insisted to the minister-in-charge to close down the two schools.

The minister threatened the tribals that it was a crime and no one could run such schools.

“The government had never opened schools in these villages. It was all on paper. In such a situation, when the tribals opened their own schools, the officials felt insulted,” Girdhar said.

His colleague Sukhlal said for the government officials, the tribal were ‘savages’ and could have never run schools on their own.

Girdhar, said for the next four years, the government officials used all kinds of tactics to shut down the schools. But it had the opposite effect.

The students attending the schools are educated not just in regular subjects but also about water, forests and land. They are introduced to all the herbs found in the forest as well as edible tubers. They are informed about their uses and consumption.

“The children here are educated in a manner similar to what is described in Totto-Chan: The Little Girl at the Window by Tetsuko Kuroyanagi,” Girdhar said.

Initially, the state government did not allow the students studying in the schools to attend general school after grade 4.

“Their officials said if the tribal people hand over all their school records to them, they will give the schools that we had established the status of government schools. But the tribals refused to do so.

“After this, the tribals staged protests in front of the education department several times. Only then were tribal children allowed to take the examination in the general schools,” Girdhar said.

The tribal children, when they attended regular schools, passed with flying colours. Even as many of their city-bred counterparts failed, Girdhar said.

“Our children can finally attend grade 5 and above in the city. People are curious about the name of our school. We have named it as ‘Jeevan Shala’ or the ‘School of Life’, where life’s truths are taught,” Girdhar said.