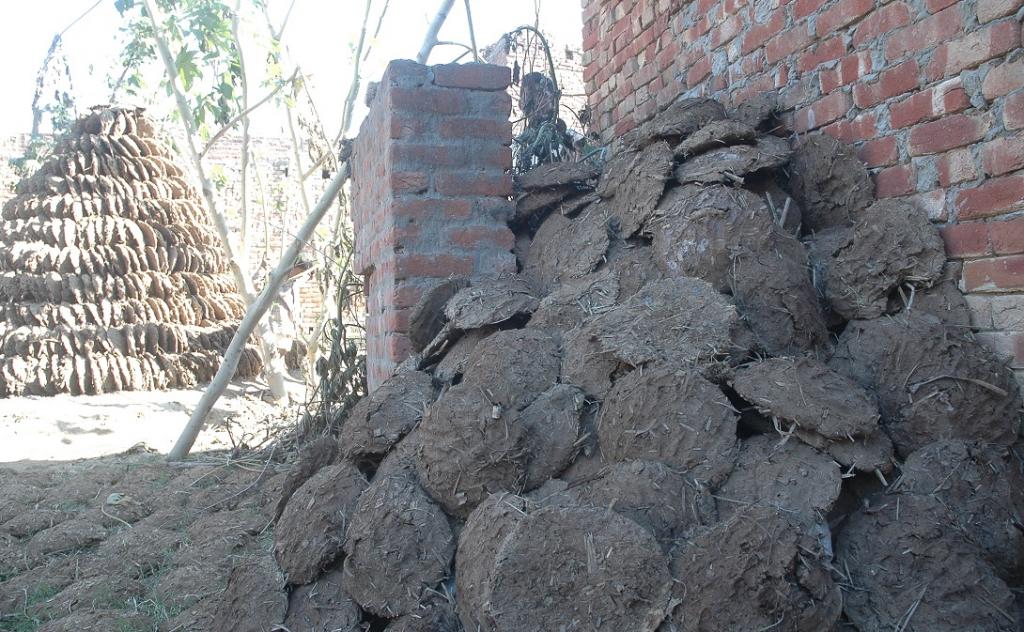 The problem of stray cattle is a major election issue in Uttar Pradesh, where four phases of the Assembly elections have been completed. Prime Minister Narendra Modi had promised voters during the third phase that the dung of stray bovines would be used and the problem would be ‘solved’. But a closer look at the issue raises more questions than answers.

“A new system will be put in place after March 10, 2022, to reduce the trouble that stray animals give you. The dung of a cow, which does not give milk, will be used to generate income,” Modi had told voters in Unnao.

What the Prime Minister may not have remembered is that a scheme of this sort is already in place. The Gobar Dhan Yojana was launched in April 2018 under the Swachh Bharat Mission (Gramin).

Its aim was to make India’s villages clean and increase the income of villagers. Under it, the government was to procure and mechanise agricultural waste, including dung and produce bio-gas.

So what became of the scheme? The report of the parliamentary standing committee on agriculture, animal husbandry and food processing was tabled in Parliament last winter. It spoke at length about the Gobar Dhan Yojana.

The government told the committee that the scheme is being run by the department of drinking water and sanitation under the Union Ministry of Jal Shakti (Water Resources). Cow dung is procured from farmers under this scheme.

The government also informed the committee that the scheme is being linked to the Union Ministry of New and Renewable Energy’s scheme, the National Biogas and Organic Manure Programme.

This is being done so that farmers can set up small biogas plants. This will enable farmers to use the electricity generated from the biogas plant and also increase their income.

According to the government, one project has been approved in Gujarat and one project in Tamil Nadu is at the submission stage.

On February 19, 2022, the Prime Minister inaugurated a bio-Compressed Natural Gas manufacturing Govardhan plant in Indore. This is being considered a big step. But it is not yet clear as to how much cattle dung will be used in the plant.

Only the dung of cattle owned by private owners or dairies is being used under the Gobar Dhan Yojana. The government, in its reply to the standing committee, has said it is not allowed to buy the cow dung of stray cattle.

The standing committee did not seem to be satisfied with the government’s response. It said the department of agriculture and farmers’ welfare should meet the department of animal husbandry and dairying to formulate a clear policy on the procurement of cattle dung.

The committee also believed that the scheme of cow dung procurement could be a solution to the problem of stray cattle.

But there is a hitch. An official associated with a biogas project said the cow dung used in such plants is usually procured from cattle that are fed a nutritious diet.

On the other hand, stray cattle do not get nutritious food to eat. And they even eat plastic on the roads.

The official said if the quality of dung is not good, the biogas or organic manure plant will not be make a profit. Rather, the dung of cattle that eat chemicals or plastic can cause harm. He added that collecting the dung of stray cattle was also a big problem.

DK Sadana, former head of the Indian Council of Agricultural Research-National Bureau of Animal Genetic Resources based in Karnal, Haryana, added another dimension.

He said the dung of foreign or cross-bred cattle was not as beneficial as that of indigenous zebu breeds. He noted that 60 per cent of stray cattle in India were foreign breeds or crossbreeds.

Sadana said Indians had started to prefer foreign to indigenous breeds of cattle in the last few years. Foreign breeds lose their milk-producing ability in a shorter time than zebu and are then turned loose.

So, if the dung of stray cattle is not of any use, why is it being prescribed as a solution in the Uttar Pradesh assembly elections?

The solution is being offered in two ways. One, if the government buys cow dung from homes, people will not leave the cattle loose on the streets at all. Secondly, the strays will be kept in gaushalas or traditional shelters.

However, both these solutions have been tried in UP. The UP government gives Rs 30 per cow at the moment to cattle owners. But this amount is very less given the skyrocketing prices of of fodder.

The Saansad Adarsh Gram Yojana was launched when the Narendra Modi government was formed for the first time in 2014. Under this scheme, members of Parliament had to adopt a village in their respective areas and make it a ‘model’ one.

There was also a proposal to set up a ‘gobar bank’ in each of such ‘model’ villages. But there is no data as to how many model villages have set up gobar banks.