Uttarakhand: as problems pile up, youths see wisdom in migration 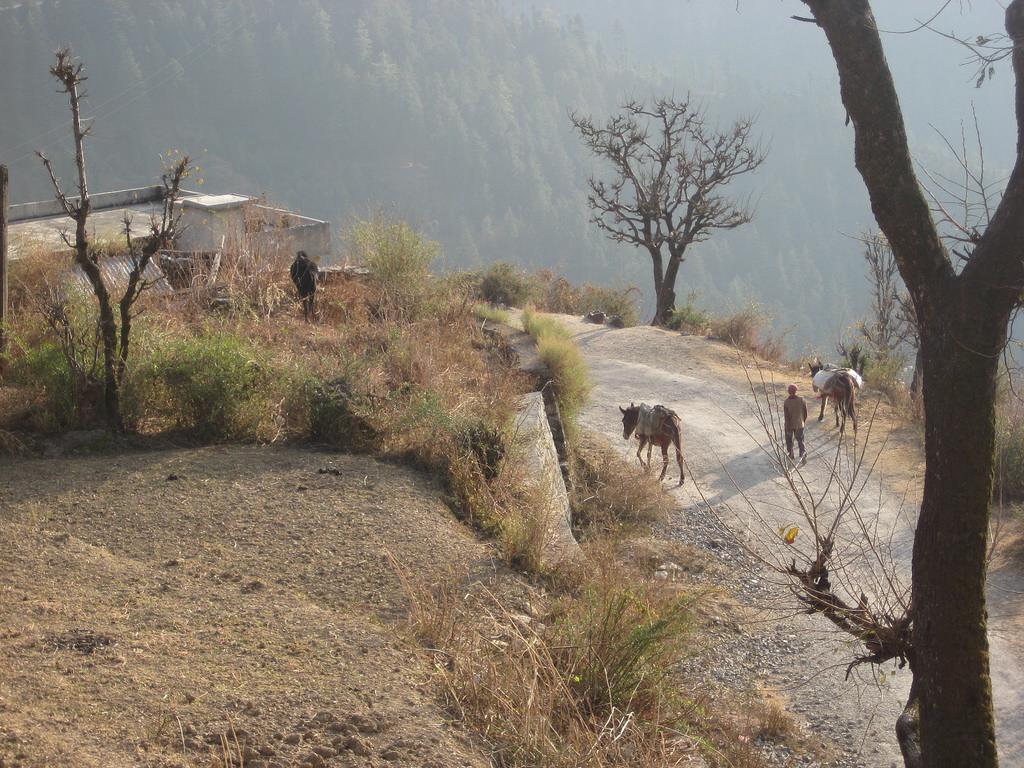 Hundreds of villages in the state have seen a rapid trend of migration, especially by the youth. Credit: Aishwarya / Flicker

The need for responsible tourism and construction in the mountains has long been overlooked. Besides unemployment and migration, lack of power and other infrastructures like road constitute major electoral issues in the state. The ecologically fragile, flood and earthquake-prone state has frequently seen natural disasters.

Uttarakhand is bearing the brunt of climate change. The Himalayan state has 1,266 glacial lakes with sizes varying from 500 sq m to 244,742 sq m. There is enough evidence to claim that the 2013 Uttarakhand floods were a result of glacial lake outburst above the Kedarnath shrine. Himalayan dams, located closer to glacial lakes, are likely to experience overwhelming flood in near future, but none of the glacial lakes are being monitored. In fact, the issue has not featured in the poll campaigns or manifestos of the Congress and the BJP.

There is a need for creating a mechanism wherein these mapped lakes are monitored regularly for any change to prevent major mishap on account of lake bursts.

Perennial rivers are turning non-perennial. Last year, a Down To Earth story revealed that the base flow of the Kosi River has declined from 790 litres per second in 2012 to just 75 litres in 2016. A series of dams on the Bhagirathi River turns it into a tiny stream during the lean season. Even small ponds, which provide water to farmlands, have mostly dried up in the last decade.

Moreover, scientists are now apprehensive that massive forest fires may deplete the groundwater table and cause severe water crisis in the hill-state. Last year, the fires burnt vast swathes of bushes and plants. They absorb and hold the water and replenish the groundwater. In their absence, the water will just drain away. As the fissures through which water percolates have been blocked with ash, the groundwater does not get recharged.

Urbanisation has led to a decline in the number of oak trees in Almora region. It sounds more problematic when you know that a natural oak forest retains 31 per cent of rainwater. On top of that, the use of dynamites for road construction has disrupted fissures and led to drying of springs.

Ill-management of water resources has also aggravated the crisis. The government has been allegedly focussing only on water distribution and not on reviving the sources that are drying up. No effort is being made to treat catchment areas to maintain and protect the source.

The people of Ranikhet constituency, the hometown of chief minister Harish Rawat, have been reeling under water crisis for the past 15 years. People in many areas walk several kilometres to fetch water for daily needs. Despite implementing several schemes, including construction of pipelines and water tanks, no respite is in sight as most of the water sources have also dried up.

It was only recently that Prime Minister Narendra Modi wrote to the state government to take steps to stop illegal mining in Jakh Pant village near Pithoragarh town. The villagers are concerned about the natural drinking water resources, forests and land getting affected due to mining activities. According to locals, though both the Congress and the BJP promised ban on mining within 5-km radius of the Ganga River,  yet it has not been implemented.

Interestingly, Haridwar rural, from where Harish Rawat contested for 2017 assembly elections, is considered epicentre of illegal mining in the region with sand and stones being lifted from close to the river even two days before the elections. According to reports, farmland has been dug up to 30 feet (10 times the permissible limit) and sand and stone removed from river bed.

Hydropower projects in Uttarakhand have long been under scanner with locals linking rampant construction of dams in a geologically fragile and biodiversity-rich area to destruction of river-based livelihoods and traditional irrigation systems.

In December 2014, the Centre admitted for the first time that hydropower projects had “direct and indirect impact in the aggravation of floods” that killed hundreds and left thousands homeless in Uttarakhand. It also said that the projects caused “irreversible damage” to the environment. Despite this, political parties have come out strongly in favour of dams.

In 2013, Uttarakhand High Court banned all construction activities within 200 metres of all rivers in the state, including the Ganga, Alaknanda and Bhagirathi but the order is not yet implemented in entirety. Moreover, Haridwar has failed to implement the directives of the National Green Tribunal (NGT), prohibiting use of polythene material on the banks of Ganga.

Between 2000 and 2015, around 400 people died in attacks by animals; of these, 241 were believed to have been killed by leopards alone. On the other side, around 800 leopards, 90 tigers and 280 elephants have reportedly died in these conflicts. This man-animal conflict has its origin in shrinking and fragmented wildlife habitats and degrading forests that are unable to meet human and wildlife demands.

A Down To Earth story reported how government is finding it difficult to solve the problem due to limited capacity of forest department and burgeoning human population around the Protected Areas. According to a 2015 study by the Wildlife Institute of India, 50 human deaths are reported every year on an average due to leopard attacks. Uttarakhand reported the highest casualties and conflict incidents. While man-leopard conflict in Uttarakhand is “chronic”, the conflict with monkeys is also a burning issue in the state.

Countering migration from the state has become an emotive issue. A part of the problem is this: the total number of people unemployed has nearly doubled to 938,000 in 2015-16 from 565,000 five years ago. Going by media reports, out of the 16,793 villages, about 3,000 hardly have any residents. Hundreds of villages in the state have seen a rapid trend of migration, especially by the youth due to lack of education and employment opportunities. According to the 2011 census migration data, about 97,700 people had migrated from Uttarakhand to cities and towns in other states in the past 10 years. Can the new government reverse this trend?