Is politicisation of inter-state water disputes contributing to change in tribunals' functioning?

The shift in tribunals' approach, from deliberative to adversarial, aids extended litigation and politicisation of water-sharing disputes 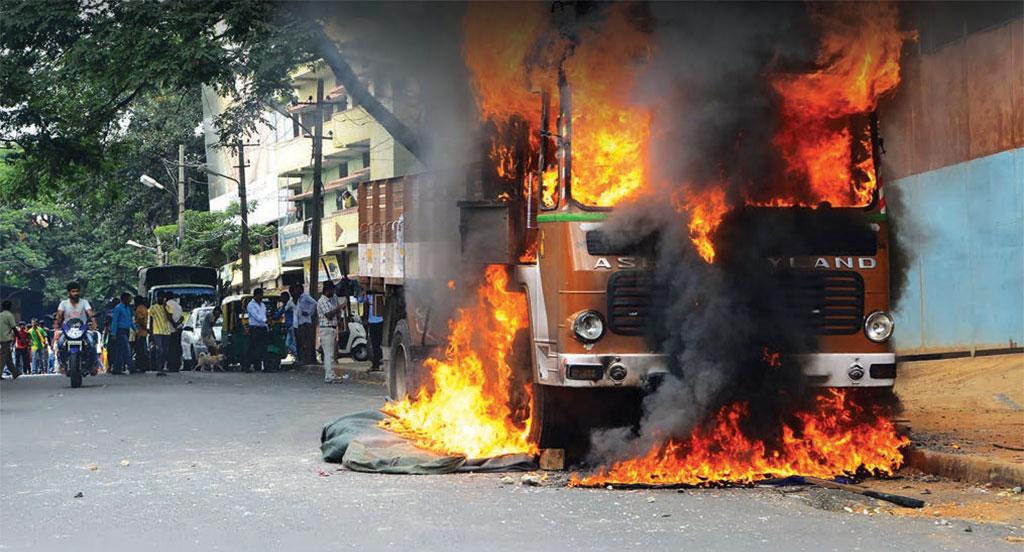 With the spectre of the Cauvery and the Ravi-Beas disputes looming large, inter-state water disputes and tribunals have become the centre of attention. The year 2016 has also witnessed recurrence of disputes over the Munak canal of the Yamuna, Mahadayi, Mahanadi and Krishna, raising grim concerns about dispute resolution mechanisms. The tribunals’ long delays and the Supreme Court’s seemingly adventurous interventions are being subjected to scrutiny. It is perceived as the failure of water tribunals in resolving the disputes. Have the tribunals failed us? Or, have we faltered in enabling and supporting the tribunals?

Indeed, the recent history of water dispute tribunals has not been very illuminating. The Cauvery Water Disputes Tribunal, constituted in 1990, gave its final award in 2007, after 16 years. As the perceptions go with the current escalation, the tribunal has not provided a robust resolution to the dispute. The Ravi-Beas Water Tribunal, constituted in 1986, has remained in passive state for almost 30 years. The Krishna Water Disputes Tribunal-II, constituted in 2004, gave its final award in 2013. But the bifurcation of Andhra Pradesh and the subsequent demand by Telangana for re-adjudicating the dispute in its entirety have kept it in abeyance. And then, there are other ongoing tribunals for the Mahadayi and Vamsadhara disputes. In 2016, the Mahadayi tribunal’s interim orders had led to protests in Karnataka before the Cauvery dispute took over. These do not present a reassuring picture.

However, this was not always the case with water dispute tribunals. The experiences and outcomes of earlier water tribunals—say, the first generation of tribunals—have been different. These are: the Krishna Water Disputes Tribunal-I and the Godavari Water Disputes Tribunal, both chaired by Justice R S Bachawat; and the Narmada Water Disputes Tribunal chaired by Justice V Ramaswami. The Krishna tribunal gave its final award in 1976—in seven years; the Narmada tribunal in 1979—in 10 years; and, the Godavari tribunal in 1980, formalising the mutually arrived inter-state agreements between party states. The three awards came into force soon after they were given. The states, too, complied with the awards without much fuss—except the Krishna dispute which has escalated several times towards the expiry of the award.

What happened in the interim of the two generations that led to these contrasting outcomes? What are the reasons for this apparent “degeneration” of tribunals? We can attribute this to two broad factors. The precise processual dynamics of this transformation deserves a closer examination though.

One, the 1980s mark a watershed in Indian politics, a transition from a single party-dominant politics to coalitional politics. Regional political forces have grown stronger and assertive. The growing nexus between water and politics have transformed the disputes into turfs of vote bank politics. Inter-state water disputes have turned into promising avenues for political mobilisation, as we have witnessed frequently in the Cauvery, Krishna, and the Ravi-Beas disputes. This politicisation has also led to increasing defiance by states, extended litigations and subversion of resolution mechanisms.

Ironically, that is what has turned out to be with the second generation of tribunals; they function like courts now. Fali Nariman, the distinguished jurist and lawyer, having served in both generations of the tribunals, notes these changes and provides an inside view of tribunals’ functioning in an excellent paper published in 2009.

The tribunals’ approaches to dispute resolution have shifted from deliberative approaches—supposedly practiced by the first generation of tribunals—to those of adversarial litigations in the second generation of tribunals. Instead of working with the party states in a collaborative spirit for mutually agreeable settlements, the tribunals’ proceedings have acquired a character of contestation and intransigence.

The politicisation of disputes may have contributed to this change in the tribunals' functioning. But this is also due to various amendments made to the Interstate (River) Water Disputes Act, 1956, since its inception. The amendments to the Act in 1980 and later are in a way de-historicised, and have digressed from the original intent of adjudication through deliberative approaches.

Further, these amendments have also shifted the responsibility of devising mechanisms for implementing tribunals to the Union government. However, there have not been any proven and successful institutional models for interstate water-sharing governance. The River Boards Act, 1956, created for the purpose of interstate river water regulation and development, is outdated and a “dead letter”.

In spite of this “degeneration”, the quality of the awards given by tribunals cannot be questioned. Some of them are perhaps the finest works of judicial wisdom and showcase how principles of international customary law for transboundary water conflicts resolution can and should be applied to Indian context. Yet the failure in implementing the awards discredits the fine efforts of tribunals. Hence, the problem is not entirely with the tribunals, but with what we are doing with their awards.

To sum up, we must certainly reconsider and review the structuring and functioning of the tribunals. But more importantly, it is absolutely critical to introspect why we fail to “give effect” to their awards. The Cauvery dispute has escalated because we have failed to avert it. The interim arrangement in place, the Cauvery Supervisory Committee has proved to be inadequate to “give effect” to the proportional reduced sharing in a deficit year—as recommended by the tribunal.

This is certainly a difficult task with technical and operational challenges involved. But the greater challenge is to facilitate deliberative practices and processes for the states to work out mutually agreeable arrangements. The proposed permanent mechanism of the Cauvery Management Board has to be adequately equipped and empowered to deliver on these accounts.