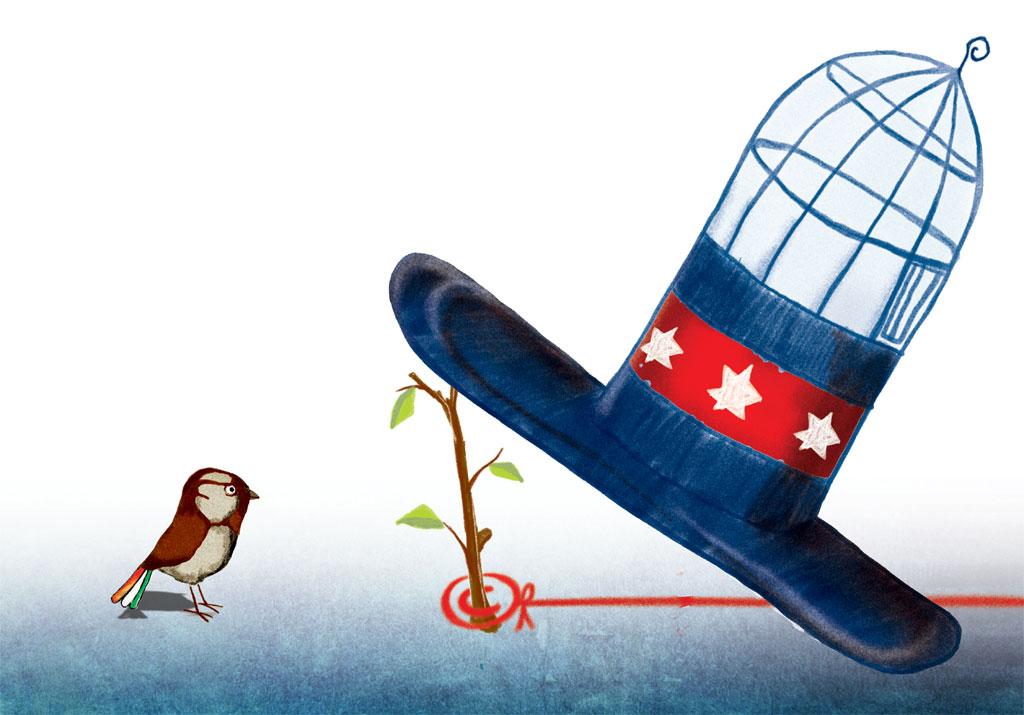 The confusion is apparent from the start. The 28-page National Intellectual Property Rights (IPR) Policy released on May 12 has a vision statement which says: “An India where creativity and innovation are stimulated by Intellectual Property (IP) for the benefit of all; an India where intellectual property promotes advancement in science and technology, arts and culture, traditional knowledge and biodiversity resources; an India where knowledge is the main driver of development, and knowledge owned is transformed into knowledge shared.” In other words, it is IPR that will drive innovation; propel S&T discoveries, not to mention creativity in the arts.

This proposition is key to the report prepared by a controversial think tank set up in October 2014 by the Narendra Modi government (see ‘Rethinking IP think tank’, Down To Earth, 1-15 December, 2014). The think tank was set up to formulate the country’s first IPR policy. For a government short on institutional memory, it was understandable that Commerce and Industry Minister Nirmala Sitharaman seemed unaware of the evolution of India’s IPR policy, specially the 1959 Rajagopala Ayyangar Committee report that balanced the constitutional guarantee of economic and social justice with the grant of IPR. This was followed by a policy revision in 2005 to accommodate the World Trade Organization requirements.

So what does the new policy advocate? It has seven objectives. First of all, it wants to “create public awareness about the economic, social and cultural benefits of IPRS among all sections of society”. It then seeks to: stimulate the generation of IPRs; modernise and strengthen service-oriented IPR administration: get value for IPRs through commercialisation; strengthen the enforcement and adjudicatory mechanisms for combating IPR infringements; strengthen and expand human resources, institutions and capacities for teaching, training, research and skill building in IPRs.

Since the pharmaceutical sector and the ecosystem for biomedical R&D, which are at the heart of the debate on IP policy, is connected to the issue of affordable generic medicines, there is a huge sense of let down. Leena Menghaney, who works with Médecins Sans Frontières (MSF), a humanitarian organisation, says, “The policy is not new or innovative. It simply underlines IP creation and generation repeatedly without addressing the core issues facing biomedical R&D today—low levels of public investment, lack of clinical trial platforms needed to generate evidence and data and IP barriers that make licensing of technology difficult.”

The overemphasis on IP creation and generation—it occurs 15 and 21 times respectively in the document—is what worries IP experts. The biggest complaint is that it is built on the highly tenuous claim that more IP means more innovation. Noted IP academician Shamnad Basheer says, “This ill-conceived assumption results in problematic assertions such as the exhortation that all publicly funded scientists and professors compulsorily convert all of their discoveries into IP assets, much before they have even written this up and published it in reputed science journals.” Basheer dismisses the policy as empty of any worthwhile content. Calling it a classic paradox, he says, “While it touts the virtues of creativity and innovation, it itself is bereft of any creativity or imagination.”

The other thread running through the criticism is that it has been undertaken under pressure from the US. Menghaney, who heads MSF’s South Asia Access Campaign, points out that IP enforcement measures are invariably directed at generic producers to shut down competition. She warns that the prominence given to IP enforcement under pressure from the US will lead to situations like the seizures of Indian generics by EU customs. Besides, she adds, “There have been a spate of IP enforcement cases in the Delhi High Court aimed at stunting competition from biosimilar producers on grounds as flimsy as copyright infringement of package inserts.”

To some there is a discernible shift in favour of IPR holders. Dinesh Abrol, professor at Delhi’s Institute for Studies in Industrial Development, says the policy aims at “maximising the rights of IP owners at the cost of public interest”. By focusing on a strong IP framework in publicly funded R&D institutions and universities along with proposals to get rural and remote areas to practice IP-based innovation, it “encourages the privatisation of traditional knowledge and biodiversity”. This is a reversal of the Indian IP philosophy which, Abrol argues, sought to balance incentives for innovation with the diffusion and dissemination of knowledge for affordable medicine, seeds, food and other essential needs.

Concurring with him is K M Gopa-kumar, a legal adviser to Third World Network, an international development not-for-profit, who believes the policy marks a clear shift in India’s development-oriented approach to IP in favour of “concrete measures to push a maximalist agenda”. Even the administrative changes proposed for the patent office to “create a service-oriented culture to make IP user friendly” is fraught with danger, he warns. “This approach fully ignores the role of patent offices as custodians of public policy.”

Although many administrative reforms are proposed, the worry is in the new format of IP administration which will be centralised with the Commerce Ministry’s Depart ment of Industrial Policy and Promotion taking over functions such as processing of copyright and protection of semi-conductor designs from other ministries. “Shifting of copyrights from the Ministry of Human Resources Development marks the reorientation of India’s approach to copyright which was focused on access to knowledge,” says Gopakumar.

So is there anything at all to commend in the policy? Basheer admits that on the administrative aspect, there are some noteworthy proposals but “no indications on how they will be achieved. It speaks of expedited examination (and yet falls short on how it plans to effectuate it), an IP exchange (again sans any details) and a promising proposal to encourage Corporate Social Responsibility funds into open innovation (which again will depend on corporate largesse and interest).” But Menghaney has reservations on the issue of expedited examination. “At the end of the day, India must recognise that the majority of pharmaceutical patents granted are aimed at blocking generic competition and exports. If they are of poor quality, they will increase the number of vexatious litigation against generic producers. The recent grant of the Sofos buvir patent is a case in point. It will destroy the exports of active pharmaceutical ingredients from India of the drug.”

The fundamental flaw is that the document fails to explain the rationale for a new policy since it concedes that “India has robust IP laws and strong IP jurisprudence.” So what then is the point?