Sold as a concept to plug leakages in welfare schemes, Aadhaar is now creating more problems than what it had set out to resolve 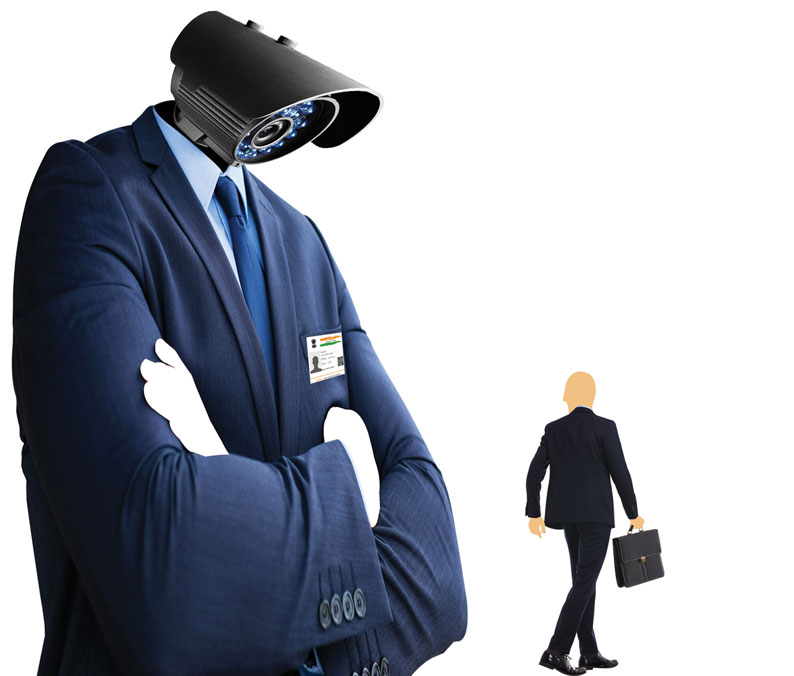 On September 29, 2010, when the first Aadhaar was issued, the then Prime Minister Manmohan Singh said that the economically and socially backward people will be the biggest beneficiaries, who, till then, couldn’t avail the benefits of government welfare schemes due to lack of identity proof. Seven years later, with a data-base of more than 1.1 billion individuals, Aadhaar has now brought almost every citizen under its radar. Today, it is mandatory even for rural children to get midday meal or TB patients seeking treatment under a government scheme. The 12-digit unique identity number has created unique problems by making it a must-have for almost every facility a citizen wants to avail, irrespective of his or her social and economic status.

Notwithstanding the criticism that the world’s largest biometric identification system has been facing over violation of privacy, the government has been consistently widening its scope. So far, the Centre has issued at least 50 notifications expanding the scope of Aadhaar. From train ticket concessions to marriage certificates and entrance tests to banking, Indians are now being asked to produce Aadhaar number to access both government and private sector services. This is happening at a time when most developed countries have already dropped the idea of having Aadhaar-like identification system to protect people’s privacy. Even the US, one of the first countries in the world to have a national identification number for its citizens, does not collect fingerprints or scan iris to create social security number (SSN) because “the use of fingerprints was associated in the public mind with criminal activity, making this approach undesirable” (see box: ‘Choosing privacy). Unlike India, the US has a privacy law that makes it unlawful for government agencies to deny benefits just because the individual refuses to disclose his SSN. While the critics of Aadhaar argue that biometric data are more intrusive than photographs used in other identity documents, the government has dismissed this argument.

“It’s a disturbing sign,” says Sanjay Hegde, a senior advocate in the Supreme Court. The founding premise of Aadhaar was to recognise the exact beneficiary of government subsidies and weed out duplicates and forgeries. Enrolling for Aadhaar was an individual’s choice. Till about six months ago, it was not mandatory. In fact, even a ruling cabinet minister, Minister of State for IT and Electronics, P P Chaudhary, told the Lok Sabha in December 2016 that Aadhaar would not be forced upon anyone. That statement now seems farther from truth.

Unfortunately, the Supreme Court’s intervention has been wobbly. In March 2014, it said Aadhaar was not mandatory to avail social welfare schemes. But in August 2015, it agreed to make Aadhaar mandatory for cooking gas subsidy. Later in October that year, it also allowed the use of Aadhaar for Mahatma Gandhi National Rural Employment Guarantee Act (MGNREGA), Pradhan Mantri Jan Dhan Yojana (PMJDY), the Employees’ Provident Fund scheme and pensions by central and state governments. Several violations to apex court’s order were reported after that and individuals were even mandated to provide Aadhaar to apply for merit-based scholarships.

Citizens are in supreme confusion as they are wedged between government notifications and Supreme Court’s observations on linking Aadhaar to different services. The same confusion prevailed over making Aadhaar-PAN linkage mandatory for filing income tax. Currently, 22 public interest litigations (PILs) related to mandatory possession of Aadhaar and infringement of right to privacy are pending before the apex court. On July 7, the court told the government and the petitioners to jointly impress upon the Chief Justice of India to constitute a constitution bench, observing, that it has been more than 696 days since a three-judge bench had first demanded it.

Just like its implementation, the road to making Aadhaar into an Act has been mired in controversies (see box: ‘Road to an identity’). On March 3, 2016, the government presented Aadhaar (Delivery of Benefits, Subsidies and Services) Bill as a money bill to avoid voting in the Rajya Sabha. It also introduced last-minute amendments to the Bill to make Aadhaar mandatory. The upper house recommended a provision, wherein, if an individual chooses not to enroll for Aadhaar, he should be offered “alternate and viable means of identification” for delivery of subsidy and other benefits. The Bill, however, was passed with-out considering the recommendation.

Not a foolproof system

Meanwhile, several other problems plague the scheme. Take the case of Om Prakash, a 69-year-old resident of Sonia Vihar, Delhi. His Aadhaar application got cancelled, and for the past six months, he and his son have been trying to find a solution. In absence of Aadhaar number, he has not got his pension.

The Unique Identification Authority of India (UIDAI), which issues Aadhaar number, admits that there may be a technical problem in at least five per cent of the cases. According to the government own data, thousands in Jharkhand and Rajasthan do not get benefits of PDS due to errors in biometric authentication. Not only this, even the security of biometric data is a major concern. According to a study published by the Centre for Internet and Society in May 2017, data of over 130 million Aadhaar card holders have been leaked from just four government websites. A concept, introduced to ensure that poor are not excluded from welfare schemes, is now perceived as an experiment whose risks outweigh benefits. And citizens are left with no choice.

This story was first published in the July 16-31, 2017 issue of Down To Earth magazine.