When a few merchants from the north went down to the south, one of the princes of the Deccan asked the question: “Who is your king?” The answer was, “Some of us are governed by assemblies, some of us by kings.”

— S Radhakrishnan asking for a governance system based on the existing village republics in the constituent assembly debate on January 20, 1947

Horomocho, Seed or Mendha are just replays of India’s past. India had carefully evolved and maintained this decentralised democracy for centuries as a management tool for a complex livelihood system.

So strong were these republics that the British Empire tried to exclude them from their formal control, after years of effort to control them and before weakening them substantially. “The village communities are little republics, having everything that they can want within themselves, and almost independent of any foreign relations. They seem to last where nothing else lasts,” wrote Lord Ripon to the Select Committee of the House of Commons in 1832.

Probably threatened by Ripon’s assessment and the humiliation of the 1857 mutiny, the village republics were subjected to systematic dosages of government control till they lost their relevance. First, they weakened the institution by taking over part of village’s traditional administrative and legal powers. Even then it could not completely wipe out the traditional institutions. They failed because they had to fight the whole society in each and every village. Ultimately they withdrew from some tribal areas and called them excluded areas (the Indian constitution’s Fifth and Sixth Schedules recognise these areas as autonomous entities).

For other villages the final blow came in 1856, when Dietrich Brandis, a German botanist and India’s first inspector general of forests, was making an inventory of India’s trees. After nine years in 1865, the forest act came to existence, India’s republics were facing the test of centralisation and also alien invasion. It formalised government control over forest and everything inside it thus making villages’ access to resources a mercy at the hand of the Empire. Next came the government-created village level institutions to replace the traditional ones. The Appointment of Royal Commission on Decentralisation in 1907 decided that the local government should start from the village level rather than the district level, but favoured the government-created institutions like the panchayats to implement such programmes.

By 1947, such panchayats were in place as units of governance with government-defined judicial and administrative functions. India’s freedom fighters opposed this dilution vehemently. Gram swaraj became an important agenda of the nationalist struggle. During the quit India movement in the 1940s, village-based parallel governments cropped up in different parts of the country to counter such panchayats. Many of such villages are now declaring self-rule again. Kamyapeta is one of them. 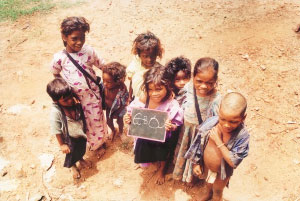 This statement reflects in the constitution. The constitution underlines the role of the Union government, while giving wide-ranging powers to the states. The village self-rule, how­ever, is not emphasised. Except in Article 40, where there is a provision to “take steps to reorganise village panchayats and endow them with such powers and functions as may be necessary to enable them to function as units of self-government”.

For over four decades, the Union and state governments debated the fate of these republics on one hand and on the other, implemented policies that curtailed their powers, particularly their control over resources. The forest act became the new instrument for the government to pursue its commercial interests. Large chunks of land were converted into forest using this act. Using a Cattle-Trespass Act, 1871, — a separate act to protect forest areas meant for the British army that is still in use — residents were not allowed to get fodder for their livestock. Even cattle were not allowed to graze in lush plantation areas. The village forest, as allowed under the forest act, was also taken over or made inaccessible to the villagers. Forest corporations were formed by different states to commercially extract timber and non-timber produce. Villages were forced to sell their forest produce to these corporations.

Similarly, using an archaic Land Acquisition Act, 1894, the government started acquiring lands, most of which belonged to the tribal villages. Pursuing Jawaharlal Nehru’s policy of centralised management of water, all waterbodies and sources were transferred to the irrigation departments. The pancha­yats then became agents of such departments and the Sarpanchs started calling the shots.

By mid-1960s, it was clear from a nationwide survey of the local governments by the National Institute of Rural Develop­ment (NIRD) that these institutions had become fiefdom of sarpanch. The survey recommended revival of the gram sabha as the nodal bodies of self-governance. A committee set up in 1957 to evaluate the failure in community development programme with Balwant Rai Mehta, eminent social worker, as the chairperson, attributed it to the collapse of the village level traditional institutions or the collapse of the village republics. The committee recommended the three-tier panchayati raj system (see box: The patriarch on panchayat).

It took 35 years for the government to formally adopt the three-tier system through the adoption of Panchayati Raj Act in 1992. Though local self-governance has got constitutional mandate, it suffers from political will to implement it. Instead of strengthening these constitutional institutions, governments have been curtailing their power over the years. State governments can dismantle these institutions at the drop of a hat. “The constitution provides the maximum of guarantees for the autonomous existence of panchayati raj, while leaving the state legislatures to prescribe the maximum limits of powers and authority within which they could function,” says the NIRD’s India Panchayati Raj Report.

“After 10 years of the panchayati raj act, we have realised that it is ineffective due to lack of powerful gram sabha,” admits former rural development minister and now Bharatiya Janata Party president Venkaiah Naidu. Naidu, however, did little to change the situation, despite his much-hyped statement to initiate ‘second generation’ reforms in the Panchayati Raj act. The current panchayati raj act does not make the gram sabha the nodal body of decision-making. According to a status report on panchayati raj by the Rajiv Gandhi Foundation, the gram sabhas have never got the mandatory power to influence the panchayats.

Representative democracy has won over participatory democracy. Governments try to weaken panchayati raj institutions by not transfering the control over earmarked 29 departments, leave aside the question of empowering gram sabhas. Hardly nine states have transferred all the 29 departments to the PRIs. No state has put the officials under them. Panchayats lack financial autonomy, as their power to tax, and assess fees and penalties, remain unexercised. Thus, funds chiefly came from higher levels of government, with the tiers of local government acting as lobbyists for funds, and conduits for money received. Local revenue collection at gram panchayat level is negligible — as little as Rs 1 per capita — even in states such as West Bengal and Kerala with relatively strong commitment to decentralisation.

“When powers were shifted to the panchayats, no follow up legislative changes were made to make them effective,” says J P Rao, a professor of sociology in Osmania University. Though minor forest produce (MFP) is now under the panchayats, the forest department still controls them and panchayats are just collection centres.

Similarly, panchayats have been given the power to manage minor irrigation, but till now no legislative change has been made in state acts that make state governments owners of waterbodies. In Kerala, during the people’s planning campaign, transfer of ownership of irrigation sources to the panchayats was a major bone of contention. All the states have acts dating back to the early 18th century, which give ownership to the governments. Due to this, the PRIs practically remain ineffective. The result: like the mid-1960s, these institutions remain the personal fiefdom of sarpanch.

Such constraints have killed another initiative to decentralise — the panchayati (Extension to the Scheduled Areas) Act (PESA) that came into effect in 1996 for the Fifth Schedule areas. This is a legislation that makes villages independent of the government in principle. Arising out of the Bhuria Committee recommendations, it empowers the gram sabha and gives it authority over resources like MFP, irrigation and minor minerals (see box: The state of power sharing).

Unlike the gram sabha in panchayati Raj Act, in scheduled areas its recommendations are binding on the panchayats. It also left the definition of a village to the local residents enabling each and every settlement in tribal areas to exercise control over their resources. If inter­preted in the right spirit, one will need permission of the gram sabha even to enter the village. This is the kind of control that the self-ruled village republics are exercising now.

The provisions for the Fifth Scheduled areas came to light only after a Supreme Court, known as the Samatha judgement, in 1996. The court order declared all mining and industries in the scheduled areas illegal, as they never sought the consent of the gram sabha. The court clearly defined the role of the gram sabha and directed mining companies and other industries to share their revenue with the local people through cooperatives. Instead of empowering the gram sabhas, in 2001 the Union Government initiated move to curtail the powers of the gram sabha by amending the constitution. Fortunately, the move was stalled, reportedly at the behest of former president K R Narayanan. 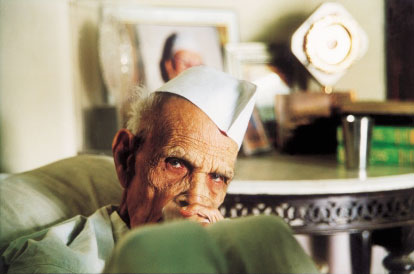 This is a major shift in the forest department’s approach post-Supreme Court’s ban on felling. “Now the forest department sources its revenue from bamboo, tendu leaf and other minor forest produce. It is, in fact, informally capturing the market,” says Rao. But for the gram sabha, this committee’s decision meant a lot as one of the major livelihood sources of villages was kept away from the purview of the gram sabha. Due to this, the authority and influence of the gram sabha is also threatened.

So it is no wonder that many of the village republics started their freedom struggle from rights over MFPs. In Jhalaria village in Balrampur block of Surguja, villagers prevented the FD from harvesting the forest as the produce was never given to them. The villagers insisted that the department should take permission from the gram sabha before it uses the forest. Few months of conflict over it and the village forcefully took control of the forest saying it belong to them according to the constitution. The story spread like wildfire and inspired 13 other villages to declare sovereignty over forest. “Nothing can stop them now as their patience with the present laws has run out,” says Sharma.