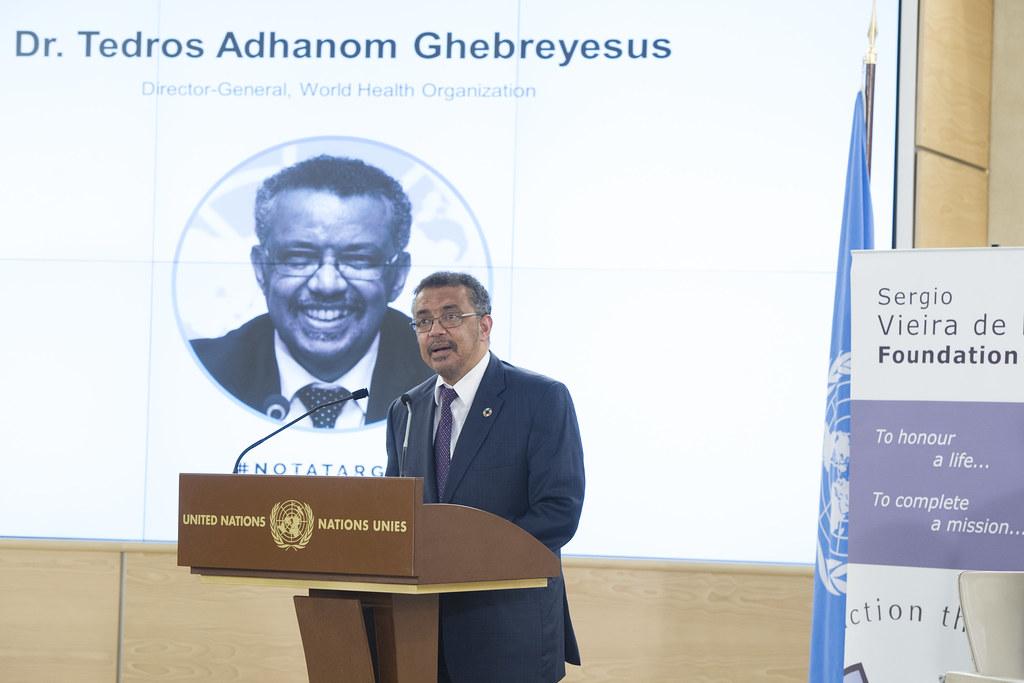 Tedros Adhanom Ghebreyesus, the current director-general (DG) of the World Health Organization (WHO), is set to be re-elected for his second term uncontested. He wad formerly the minister of health and family welfare of Ethiopia and was elected as the WHO-DG May 23, 2017.

He currently has the backing of 28 member states —  17 from the European Union and three from Africa among others, including Austria, France, Kenya, Germany, Sweden, Spain and Greece.

Ethiopia, however, has refused to back him over the ongoing humanitarian crisis in the northern Tigray region, where Ghebreyesus was born. While the DG has spoken about the unfolding civil war in Ethiopia, his home country has accused him of supporting the Tigrayan forces, which he has denied.

The United States, United Kingdom and China are among the remaining 159 member states that did not nominate anyone else, nor have they expressed support for Ghebreyesus.

“This could be a modest vote of confidence in Tedros, an acknowledgement that a competitor would not prevail, or a matter of pandemic practicality,” Nature wrote.

The next DG will be appointed at the 75th World Health Assembly in May 2022, according to WHO election protocol. Traditionally, the process is spearheaded by member states filing nominations for the position, the deadline for which was September 23, 2021, proposals will be considered this month and then screened.

Finally, a secret ballot takes place following which the DG is appointed at the World Health Assembly meeting. A DG can be reappointed only once; therefore Ghebreyesus is eligible to stand for the current election.

While no one is contesting him, Ghebreyesus, in his statement wrote: “Our job is not yet done. After witnessing up close the world’s response to the pandemic, I have a unique understanding of the dynamics that have brought us to where we are.”

While he is the first WHO-DG to receive support from over 24 nations and hails from an African country, he is not the first one to stand uncontested. In 2012, Margaret Chan was re-elected for a second five-year term. She served in this capacity from 2006 to 2017.

In the 2017 elections, which Ghebreyesus won, a total of five candidates were shortlisted. This was the case in 2003 and 2006 as well.

Ghebreyesus’ re-election comes at a time when the COVID-19 pandemic continues to wreak havoc across the globe. The omicron variant has once again set back many advances made across regions. Tensions between countries remain, particularly over the origin of the SARS-CoV-2 variant.

Some have even argued that the WHO was favouring China, who in turn has reportedly been unhappy with Ghebreyesus’s statement on the need for a deeper investigation into the virus’ origins. All these factors notwithstanding, Ghebreyesus remains the sole choice.

“What I think he (Ghebreyesus) continues to do very well is to manage the political tensions between member states and all the different demands that are pulling in one direction or the other. The clearest one, of course, is between the United States and China, certainly in the earliest months of the pandemic,” Suerie Moon, co-director of the Global Health Centre at the Graduate Institute Geneva, was quoted as saying in The Lancet.

Ghebreyesus’ steadfast stance on vaccine inequity and his push for a pandemic accord may have worked in his favour. Meanwhile, some experts argue that there probably aren’t a lot of contenders for what is clearly a very tough job.

“During a pandemic, it would be difficult to think about changing the director-general,” Youngmee Jee, chief executive at the Pasteur Institute in Seongnam, South Korea, was quoted as saying in Nature.