Why Bengal tea workers feel let down by political parties 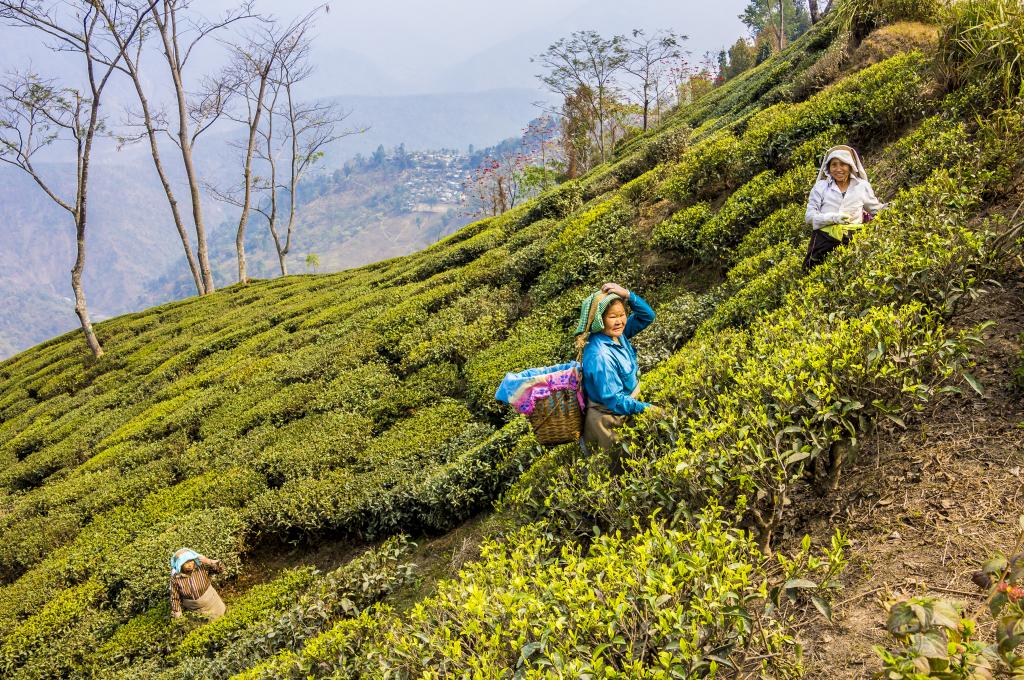 Their problems are plenty. Their wages need to be increased and they need proper schools and healthcare facilities. “But I have no hope from these elections. We have seen the Bharatiya Janata Party at the Centre and chief minister Mamata Banerjee at the state level. Nobody has done anything for us,” says Aastha, a factory worker in Darjeeling.

No matter how many governments changed, the condition of the workers engaged in more than 300 tea estates across Darjeeling, Alipurduar, Kurseong and Jalpaiguri barely improved, she added. Polling phase in these districts were scheduled from 10-17 April, 2021.

Since the early 2000s, large-scale out-migration of the male population, triggered by abysmally low wages and the closure of several tea gardens, significantly altered the socio-economic dynamics of the region.

Once men began to migrate in search of livelihood, women, who were previously relegated to the fields and were systematically denied promotion, started entering factories as skilled labour.

The shrinking workforce also exerted considerable pressure on companies to increase workers’ wage from Rs 45 per day in 2000 to Rs 202 per day in 2021. But the lives of tea plantation workers continue to be deplorable.

While it may seem like workers’ wages have increased but when viewed with the increasing price of commodities, we are still unable to afford nutritious food, healthcare facilities and education for our children.

They also rarely receive their wages on time, she complained. “Last year, when the whole country was under lockdown, the labour leaders forced us to keep working in the fields. But to date, we have not received the full payment for our work.”

The revised wage rate for tea plantation workers is lower than the state’s MGNREGA wage rate of Rs 204. Historically, employers have justified the paltry wages with the claim that the workers are remunerated in cash and kind.

Pratima, a tea plantation worker from Garopara Bagan, told Down To Earth:

Ideally, we should receive ration twice a month. But we only receive it once a month, if at all. Moreover, the condition of our healthcare centres is so bad that if you go to see a doctor in the morning, nobody will come to see you until late evening. The health centres in the area we live have no doctors and are run by medical representatives.

The workers are also entitled to provident fund and gratuity. But several tea gardens allegedly default on depositing the amount deducted from workers’ wages to their provident funds. Thus, they cannot avail these benefits upon retirement.

The women, who entered the factories in large numbers, found themselves working long hours in perilous conditions, said Supanti Munda, one of the co-founders of Prayatan, a North Bengal-based youth group that tries to provide access to higher education to children of tea workers. “Earlier, women used to work eight hours in the field but after entering the factories they have to work for 10-12 hours at a stretch”

The factory workers are also exposed to serious injuries and are exposed to harmful chemicals and toxic waste, she added. “They don’t receive adequate masks or gloves to protect themselves. Medical benefits are also not offered by the companies.”

“The tea gardens have around 300,000 permanent workers — a great number that was never adequately mobilised by unions to put legitimate pressure on companies to improve workers’ living conditions. Further, companies often try to silence union leaders through bribes.

Key positions within unions are rarely occupied by workers, and as a result, they have minimal decision-making power, added Roy. “Women and adivasi people form the majority of their members but they are missing from the central leadership.”

Successive state governments lacked the political will to set a minimum wage for tea plantation workers based on a scientific method, activists complained.

In February 2020, Mamata Banerjee’s government launched the housing scheme Chai Sundari with the assertion that pucca houses will be built for all plantation workers in the Jalpaiguri and Alipurdaur region. But some workers are sceptical of its effect.

“My family lives on 1 bigha (0.62 acre) land along with our animals that give us additional income. Trinamool Congress wants us to leave the land that our ancestors tilled and move into these new homes like cattle. Where will we keep our animals? Will they let us keep our animals with us?” asks Pratima.