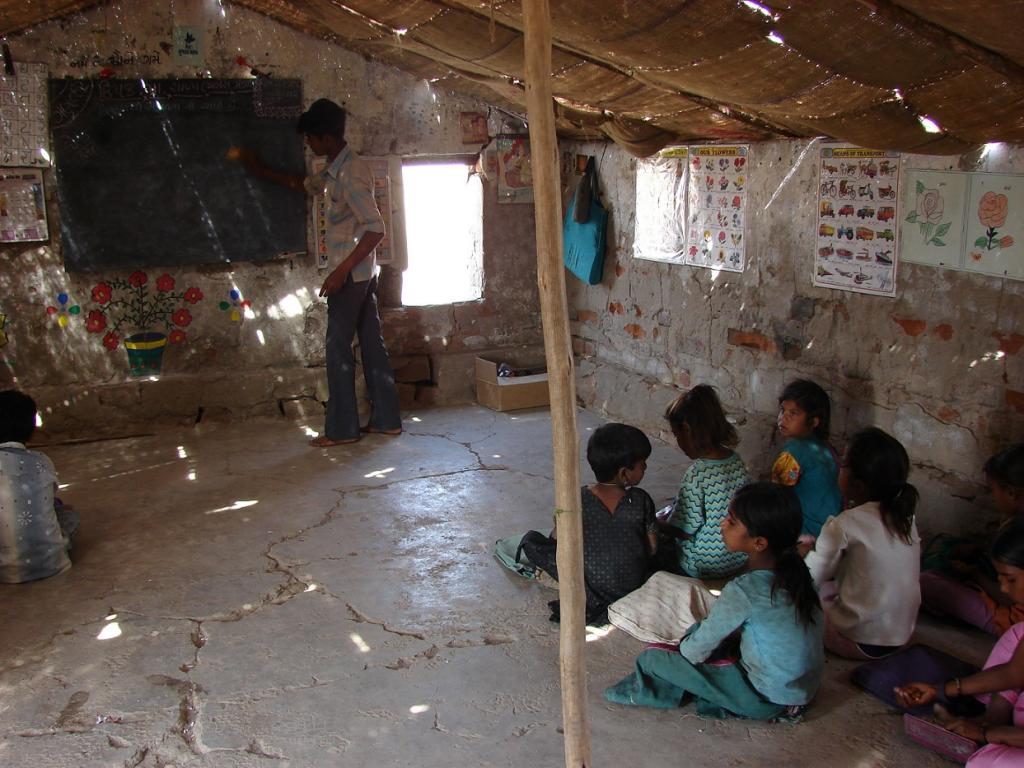 We have failed to recognise the role a higher investment in secondary education can play in creating an enabling environment for children. Credit: Ravleen Kaur

Maharashtra has always been the exception to the rule. Be it enjoying more economic independence in comparison to other states or generating more resources, Maharashtra has always been a cut above. In fact, its Gross State Domestic Product (9.4 per cent in 2016-17) is higher than that of the nation by 2 per cent. The state also holds the maximum available resources in its exchequer in the country.

With a resource bank that has increased after the Fourteenth Finance Commission (FFC) recommendation in 2015-16, and better access to untied revenue, the share of the state in the central taxes also increased by 85 per cent between 2014-15(BE) and 2017-18(BE). The total revenue received by the state has increased by 35 per cent. The question that arises is whether the state will channelise some of these additional resources to bridge gaps in school education.

Per-child spending on rise, and so are school dropouts

According to Census (2011), 24 per cent of the population of Maharashtra comprises 2.5 crore school-going children in the state. 16 million children were enrolled in 104,970 elementary (I-VIII) schools in 2016-17 and 66.15 lakh children were enrolled in 25,737 secondary (IX-XII) schools (Economic Survey, 2016-17). Even though there has been an increase in enrolment rates and in basic school infrastructure, the state is still struggling to make things better for a huge number of out-of-school children. The incidence of dropout is severe at secondary level as the gross enrolment ratio of 99.7 at primary level drops to 67.8 at secondary level. Despite recognising education as an investment by the government, the pattern of allocation of resources to school education, especially secondary education, remains inadequate.

Last year’s budget saw a 9 per cent decline in money allocated for Sarva Siksha Abhiyan (Rs 1,649 crore) and a 29 per cent decline (Rs 66 crore) for Rashtriya Madhyamik Shiksha Abhiyan (RMSA) from the previous year. We have failed to recognise the role a higher investment in secondary education can play in creating an enabling environment for children. Inclusive quality education promotes the culture of learning and hence, helps create a skilled workforce.

The other debate that is fast emerging is about the efficiency of the private schools in comparison with the government schools. More children are enrolling in private schools as a result. Where the enrolment in private schools has increased by 27 per cent, it has decreased by 25 per cent in government schools. Government-aided and unaided schools dominate the secondary school education system in Maharashtra. Only 18 per cent of these are government schools. The private schools have become important beneficiaries of government financing. They not only get grants for both elementary and secondary (in the form of teachers’ salaries and other overhead costs like expenditure on teacher training, incentives, administration and management, curriculum development, examination system etc.),but also get reimbursement towards economically weaker section of children under RTE Act.

Around 35 per cent of the school education budget is spent by the Maharashtra government for the government-aided and unaided schools. This share is increasing with the spurt of growth in privatisation. In 2017-18 (BE), the allocation was 37.4 per cent.

The Maharashtra Assembly passed a bill last month to amend the Maharashtra self-financed schools Act, 2012. This now allows private companies to set up schools under section 8 of the Companies Act, 2013. In the recent future, this increasing shift towards privatisation and deregulation of schools may tend to create an arrangement for low pay for teachers and higher school fees for students.

The Maharashtra government is gearing up to present its 2018-19 Budget on March 8. It’s time for the government to plan extensively for investment int school education. The need of the hour is transformational change for children to form a solid foundation for social cohesion and sustained development, thus creating a thriving economy. Hence, it also becomes vital to put the growth trajectory of private schooling and the state’s investment under scanner now.

Analysing the State Education Budgets, looking at the changes from the last year of 13th Finance Commission (2014-15), and the first three years of 14th Finance Commission (2015-16, 2016-17 and 2017-18), one will notice an early trend and deeper understanding on the shift in resource allocation. The state does have enough resources to invest in education and there is no doubt about that. However, prioritising school education for the 2018-19 budget is the need of the hour now, especially addressing the issue of dropouts in the secondary level. Reemphasising the public education systems through better investments will definitely ensure lasting positive change in the school going population of the state.