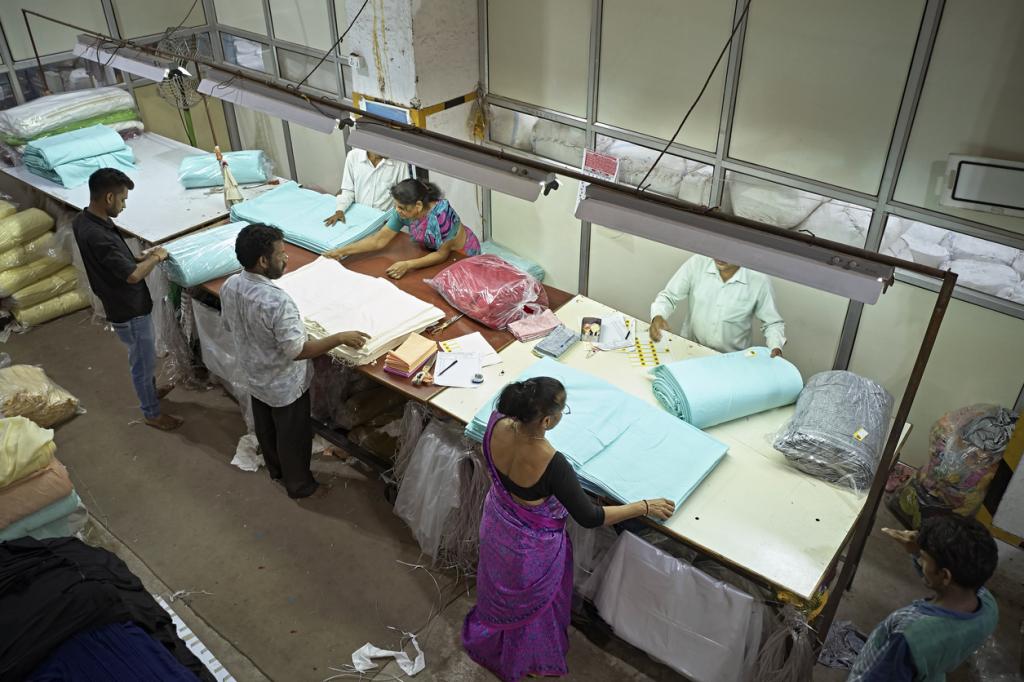 Labour force participation rate (LFPR) of women in India was just 25 per cent in 2021, a new report showed. It is considerably lower than Brazil, Russia, China and South Africa, it added citing the latest World Bank estimates.

LFPR of women was 42.7 per cent in 2004-05, and the significant decline indicates the withdrawal of women from the workforce despite rapid economic growth during the same period, according to the analysis by non-profit Oxfam India.

The low participation was largely due to gender discrimination in wages and opportunities, the organisation said in the report released September 15, 2022. Wages are lower for women 83 per cent because of discrimination and 17 per cent due to lack of education and work experience, it observed.

The Indian government will have to offer incentives for better pay, training, skills acquisition and job quotas to prospective employers to encourage the hiring of women to close the gender gap, Oxfam India suggested.

“If a man and woman starts on an equal footing, the woman will be discriminated against in the economic sphere where she will lag behind in regular / salaried, casual and self-employment,” the organisation observed in India Discrimination Report 2022.

The findings were based on extensive analysis of government data from 2004-2020 to understand the inequality and discrimination when it comes to access to jobs, income, health and agricultural credits across the country, Oxfam said. It added:

The inequality in the labour market for gender and other social categories, the report finds, is not just due to poor access to education or work experience but because of discrimination, Amitabh Behar, CEO of Oxfam India, said in a press statement on the occasion of the release.

In 2019-20, 60 per cent of all men aged 15 years and above had regular salaried and self-employed jobs, the analysis also showed. The figure was 19 per cent for women in the age group.

The average earning of a man is nearly 2.5 times that of a woman, according to the data.

There have not been many attempts to quantify discrimination faced by marginalised communities across the country, the analysts noted.

Amitabh Kundu, one of the authors of the report, observed:

We have used a statistical method called ‘decomposition’ to understand differential outcomes in employment, wages, health, and access to agricultural credit among various social groups. This has helped us to quantify discrimination faced by marginalised communities from 2004-05 to 2019-20.

Apart from women, historically oppressed communities such as Dalits and Adivasis, along with religious minorities such as Muslims also continue to face discrimination in accessing jobs, livelihoods, and agricultural credits, it states.

The mean income for regular employed persons belonging to Scheduled Castes (SC) or Scheduled Tribes (ST) in urban areas was Rs 15,312 in 2021, as against Rs 20,346 for those in the General Category, according to the report.

“This means the general category is earning 33 per cent more than SCs or STs,” it added. The gap was similar for self-employed workers from the two categories.

The Oxfam report also found that a considerable segment of qualified women were unwilling to join the labour market due to “family responsibilities” and the need to conform to social norms.

It concluded that there was a decline in discrimination within the labour market in India over a decadal timeframe. But this was characterised by high gender inequity, so much so that the probability of a woman being employed in decent jobs has no bearing on her endowments.

“This means that the employment status of women does not depend on their educational qualifications. This leads to the alarming result emerging from a mathematical model that gender discrimination is almost total in the country,” the analysis showed.