Government hikes minimum support price of paddy by 16 per cent 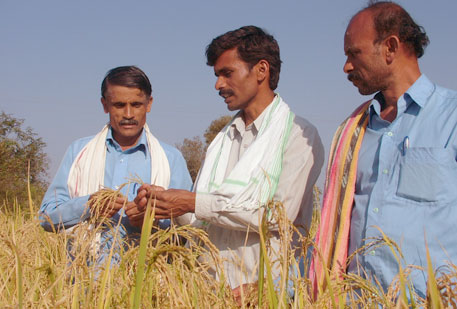 The Cabinet Committee on Economic Affairs (CCEA) has increased the minimum support price (MSP) for common grade paddy by Rs 170 per quintal for 2012-13, fixing it at Rs 1,250 per quintal. The MSP for paddy grade A has been fixed at Rs 1,280 per quintal. Apart from the MSP hike, the government has also announced an incentive bonus of Rs 100 per quintal for farmers. The decision was taken in a meeting of CCEA on June 14.

According to sources in the agriculture ministry, the hike is attributed to rising cost of fertilisers and pesticides. They said that the Cabinet approved the price suggested by the Commission for Agriculture Costs and Prices (CACP) which recommends MSP to the government. “CACP had suggested a 16 per cent hike in the MSP of paddy which the CCEA has approved,” said an official in the ministry.

But the move has not gone well with the farmers. Many farmers’ organisation’s have criticised the Centre for failing to meet the demand of paddy farmers and giving a nominal hike. “Paddy is a food crop that fills stomachs of millions of people and you give a rough deal to such an important crop. Increasing MSP by Rs 50, Rs 100 or Rs 170 is of no use when the fertiliser costs are increasing by Rs 200 every year,” says Dharmendar Singh, general secretary of Bhartiya Kisan Union. He also demanded implementation of recommendation of Commission on Farmers Welfare formed in 2006 and headed by M S Swaminathan that states that MSP should be 50 per cent over the cost of cultivation.