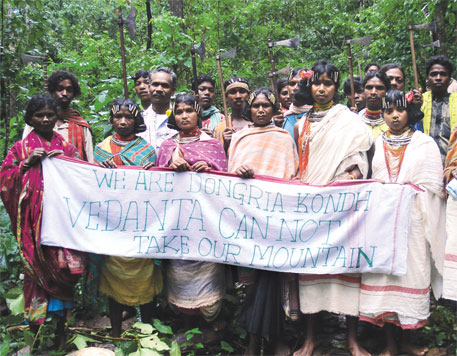 In a setback for mining giant Vedanta’s project in Odisha, the Supreme Court has asked the state government to place the proposal of Orissa Mining Corporation Ltd (OMCL) and Sterlite Industries for bauxite mining in Niyamgiri hills before gram sabhas of affected villages in three months’ time.

In its final judgement, the Supreme Court (SC) has asked for proceedings of the gram sabha to be recorded in presence of a judicial officer appointed by the state high court. SC has said that on the basis of these gram sabha proceedings, the Union Ministry for Environment and Forests (MoEF) can take the final call on Stage 2 forest clearance required for the project.

OMCL and Sterlite Industries had proposed to mine bauxite from the Niyamgiri hills in Odisha’s Kalahandi district for Vedanta’s alumina refinery in nearby Lanjigarh. The MoEF had quashed approval for the project more than two years ago, saying it violated provisions of the Forest Conservation Act (FCA), Environment Protection Act (EPA) and the Forest Rights Act (FRA). OMCL later challenged the government’s decision in 2011 in the apex court.

A 2009 order of MoEF had made it mandatory for all projects which require forestland diversion to obtain consent of the affected gram sabhas (village councils) and settlement of rights under the FRA. In December last year, the ministry stated in court that forest dwellers protected by FRA cannot be displaced except for making forest areas inviolate for wildlife.

However, in a change of stance on February 15 this year, MoEF said in court that consent of the people will be required only in cases where “displacement of large number of people” is involved and which “affect the quality of life of the people”. On February 19, MoEF filed an affidavit in SC saying the government and not the tribal and forest dwellers will have the final say in diversion of forestland for mining projects, and continued the ban on Vedanta’s mining activities in the hills.

The tribal communities living in the Niyamgiri hills in Odisha had been protesting against the project as they believed their god Niyam Raja lives on the very hills where the project is to be based. They believed that mining in the area would destroy the ecology of the Niyamgiri hills, affect their culture and alter their habitat. The court’s latest decision to grant gram sabhas three months' time to review the project reaffirms the rights of communities to be consulted on projects that could affect their land, economic development and way of life.

Dont mine us out of existence: bauxite mine and refinery devastate lives in India