Days after allowing expansion of coal port on the site, the Australian government has now issued a report identifying various threats to it 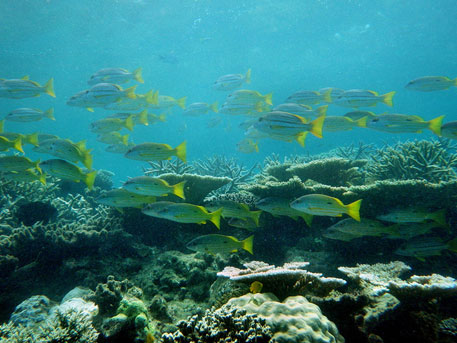 Climate change remains the most serious threat to the Great Barrier Reef, warns an Australian government report released on Tuesday.

"It is already affecting the reef and is likely to have far-reaching consequences in the decades to come," says the report titled Great Barrier Reef Outlook Report 2014. The report has been prepared by the Great Barrier Reef Marine Park Authority with contributions from Australian and Queensland government agencies and scientists.

Great Barrier Reef is a heritage site located on the north-east coast of the island continent. The report—which includes contributions from the Australian and Queensland state governments—has come two months after Unesco deferred listing the reef as in danger.

Moreover, the Australian government has repeatedly been criticised by conservationists for approving of a major coal port expansion at Abbot Point  on the Great Barrier Reef coast. The project will be overseen by India’s Adani group and requires the dredging of three million cubic metres of material from the seabed so that freighters can dock. The Australian environment minister, Greg Hunt, in July, had approved a US $16.5 billion project. It will lead to the creation of the largest coal mine in Australia, and one of the largest in the world.

“The Great Barrier Reef is under pressure. Everyone’s actions, whether big or small, to reduce threats and help restore its condition will improve its outlook,” says the report.

Amid all the controversy, the UN cultural body had given Australia until February 1, 2015 to submit a report on what it was doing to protect the heritage and biodiversity site.

“Key habitats, species and ecosystems in the central and southern inshore areas continued to deteriorate,” says the report. It, however, mentions that there is considerable progress in the rising numbers of humpback whales, estuarine crocodiles and loggerhead turtles in the Barrier Reef.