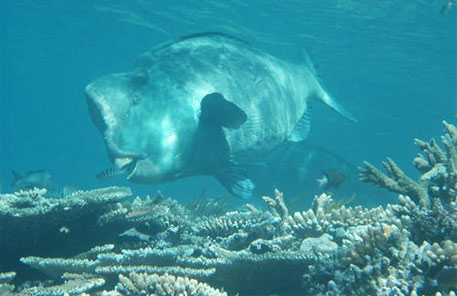 UNESCO has recommended that the Great Barrier Reef off Australia’s Queensland should be termed as World Heritage in Danger site. It has suggested that the World Heritage Committee should do the same in 2015 if the Government of Australia fails to further protect the reef.

This has come after the federal government in the country approved to dispose of three million cubic metres of dredge spoils from the existing Abbot Point coal port near Bowen in Queensland. These spoils or the excess material and silt removed through dredging will be disposed of about 25 km east-north-east of the port and inside the Great Barrier Reef Marine Park. Scientists have, therefore, warned that the sediment could smother or poison the coral reef.

Expressing “extreme concern”, the UN agency has asked the government to rewrite its plan on protection of reef and present it by February 2015.

"Given the very strong signal that UNESCO has given today about their concern about the practice of dumping, I think any further developments that do allow dumping in the reef really place the reef's world heritage status at risk," said Richard Leck, spokesman of World Wildlife Fund (WWF). Queensland environment minister Andrew Powell, however, said the report “acknowledged the work that both the state and federal governments have been doing over the last 12 months”, adding UNESCO’s concerns regarding the Abbot Point port plan were largely unfounded.

While scientists and activists are expressing concern over the reef, the company responsible for the Abbot Point project, North Queensland Bulk Ports, says its scientific studies have been overlooked. According to a few reports, the federal government in Australia has failed to show whether it knew about threats to the Great Barrier Reef before approving the Abbot Point expansion. The UN agency has also criticised the Queensland government for their Draft Ports Strategy which restricts future port developments, but doesn’t apply to the existing mega ports.

Great Barrier Reef has it all
The Great Barrier Reef is a site of remarkable variety and beauty on the north-east coast of Australia. It contains the world’s largest collection of coral reefs, with 400 types of corals, 1,500 species of fish and 4,000 types of mollusc. It also holds great scientific interest as the habitat of species such as the dugong (‘sea cow’) and the large green turtle, which are threatened with extinction.

The reef has been a world heritage protected site since 1981 and has been facing threats from agricultural run-off, large-scale industrial development and climate change.

Feature: The 27–year decline of coral cover on the Great Barrier Reef and its causes

Feature: Adaptive management of the Great Barrier Reef: A globally significant demonstration of the benefits of networks of marine reserves