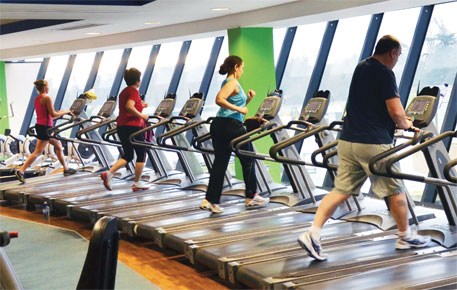 WORLD over, physical activity guidelines recommend 150 minutes of moderate activity per week. This translates to 30 minutes of brisk walk for five days every week. It is commonly believed that the exercise is enough to avoid cardiovascular, diabetes and obesity-related risks. However, this may not be enough for South Asians.

A research by scientists from the UK says a South Asian needs to exercise for 200 to 250 minutes a week to gain similar health benefits as a European exercising 150 minutes a week.

The sample group for the research had 75 South Asian and 83 European men in the age group of 40-70. None of the participants had cardiovascular ailments or diabetes. Physical activity was assessed using a wearable accelerometer, a motion-sensing device. Participants wore it on the left or right hip at all times for seven consecutive days, except when taking showers, swimming and sleeping, to record physical activity levels.

For assessing their cardio-metabolic health, blood pressure and blood-based measurements of sugar, insulin and cholesterol were conducted. Height, weight and waist circumference was also taken in account.

As to why there is such an ethnicity-based difference in requirement of exercise, lead researcher of the study Jason Gill, Reader, BHF Glasgow Cardiovascular Research Centre, University of Glasgow, UK, says, “We don’t yet fully understand why this is the case, but some of our recent work suggests that differences in the way the South Asians’ bodies respond to exercise, and to lack of exercise, may be important. We have also shown that the muscles of South Asians are less good at burning fat than the muscles of white Europeans.”

He adds, “South Asians living in Western countries, such as the UK and the US, have about four to five times the risk of diabetes compared to their white European counterparts and about 10 times higher than in those living in rural India. Thus, it is only when they adopt an inactive urbanised lifestyle that South Asians’ increased susceptibility to diabetes is exposed.”

Another study conducted by a group of over 150 scientists in India has recommended an hour of physical activity per day for Indians.

Anoop Misra, chairperson, Fortis-C-DOC Centre of Excellence for Diabetes, Metabolic Diseases and Endocrinology, New Delhi, led the study which was published in the journal Diabetes Technology and Therapeutics in 2012. Misra says, “Obesity is a consequence of heredity, lifestyle and dietary factors, with genetics playing an important role.

Elaborating on the role of genetics, he says, “Indians have more fat in their bodies from the time of birth, nearly 1.5 times more than the people of Caucasian origin. Fat can be accumulated in many places, but when it gets collected at the abdomen, it interferes with the body’s metabolism and becomes a health problem. As a rule, Indians tend to have greater waist circumference and also waist to hip ratio. Why Indians have a higher body fat is not clear, but it has been suggested that centuries of famine has made our bodies develop a mechanism to store energy in the form of fat.”

While detailed research is needed to find the genetic basis of the tendency for obesity, it is clear that South Asians cannot ignore their daily exercise regimen.

Should physical activity recommendations be ethnicity-specific? Evidence from a cross-sectional study of South Asian and European men