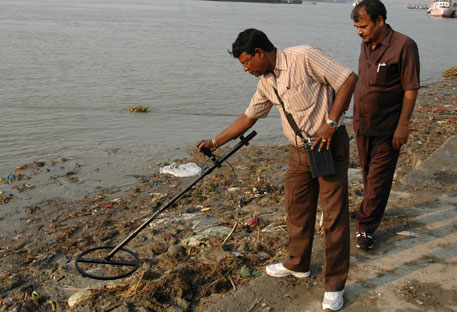 The Central Pollution Control Board (CPCB) guidelines on idol immersions asks people to return to their vedic roots to save rivers from pollution.

This is what the guidelines say: “Idol worship has been practiced in India since ancient times. To worship gods and goddesses, natural products like milk, curd, ghee, coconut, betel nuts and water from the Ganga river have been used for ages. Idols were made of clay and then coloured with natural colours like turmeric. Religious scripts, mythology and rituals have attempted to drive the importance of preserving nature by adoring it through the centuries.”

Directions of the Bombay High Court a few years ago prompted CPCB to constitute a committee in 2009, which formulated the guildelines. The committee observed that in the present scenario, metals, ornaments, oily substances, synthetic colours, chemical are used to make, polish and decorate idols for worship and when these idols are immersed, our aquatic and surrounding environment get severely affected. Hence, there is urgent need to develop the guidelines for idol immersion.

During the second meeting of the committee held on December 19, 2009, at the CPCB headquarters in Delhi, the panel made the following observations: