Updated guidelines say physicians should not use age as an excuse to avoid use of insulin which can delay treatment, result in complications 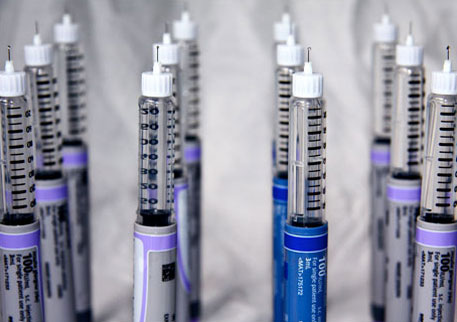 In order to help the elderly and pregnant women overcome fear of taking insulin injections, the updated guidelines for injection techniques have been released. According to a 2012 report of United Nations Population Fund and non-profit HelpAge India, the country had 90 million elderly persons (aged 60 or more) in 2011, with the number expected to grow to 173 million by 2026. Managing chronic diseases like diabetes among them is expected to be a huge challenge.

"Counselling the elderly or geriatric patients for self-injection can be a challenging task. Unlike the young, they may have certain age-related potential difficulty in executing the instructions for injections properly. The guidelines suggest that physicians should not use age as an excuse to avoid usage of insulin which can delay the treatment and result in further complications. Along with insulin initiation for elderly patients, health-care providers must ensure the involvement of responsible family members and attendants during the selection of insulin and explanation of injection technique," said S V Madhu, professor and head of department of medicine and endocrinology at the University College of Medical Sciences, GTB Hospital, Delhi. Similarly, pregnant women are also among the vulnerable group because of sensitive nature of bodily functions during pregnancy.

The guidelines were launched by the Research Society for the Study of Diabetes in India (RSSDI). The society conducts research, monitors trends and advise governments on diabetes related issues in India. The guidelines are aimed at helping doctors, paramedics, health workers and patients in using injections and syringes properly, with minimum pain and without side-effects like skin infections and bruises.

The first set of guidelines by RSSDI was launched in 2012. It talked about general precautions to be taken while injecting anything in body like cleaning the skin and other techniques. The new guidelines have added separate sections for the elderly, pregnant women, patients with skin diseases and patients who have recently been through a surgery. It also talks about new techniques specific to diabetes like using pump for injecting insulin.

"The guidelines will help people understand many things like the angle at which an injection should be administered, size of needle for different purposes, body location which should be injected and rotation of the site of injection, among others. We are linking it to diabetes because its treatment is closely linked with taking insulin through injection everyday," said Rajeev Chawla, joint secretary of RSSDI.

RSSDI also declared January 11 as insulin injection day, the day on which insulin was first injected in 1922 to 14-year-old Leonard Thompson in Toronto, Canada.