From development of scalable models to integration of scientific innovation and local participation, the pioneer has formulated many strategies 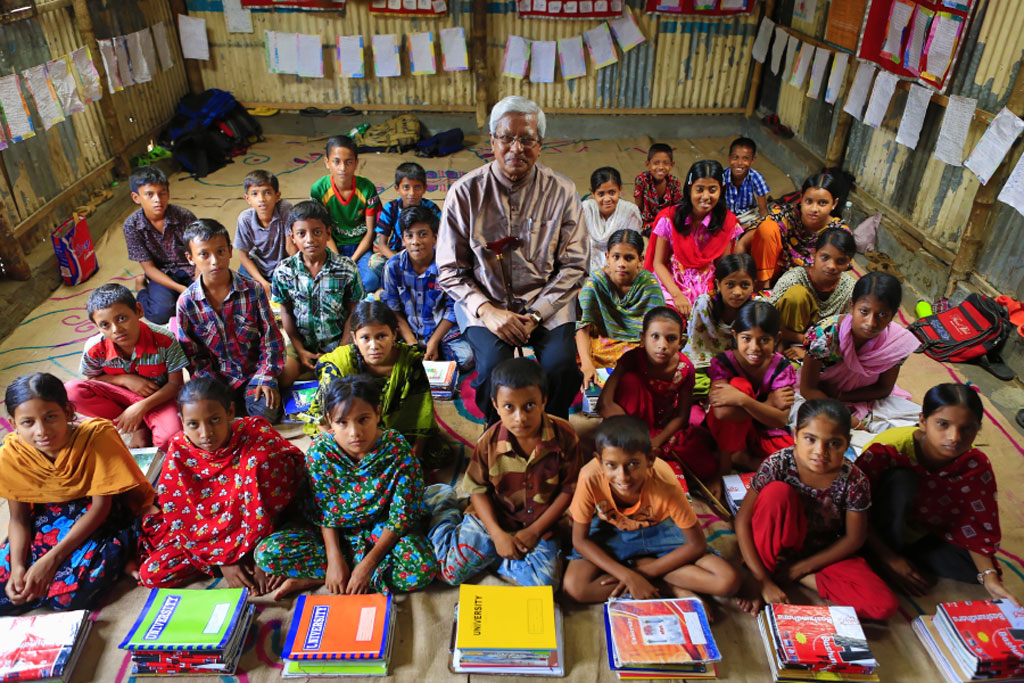 Fazle Hasan Abed of Bangladesh has been chosen the winner of The World Food Prize 2015 for his “unparalleled” work on reducing poverty in many countries. The laureate is credited with developing “the most anti-poverty organisation in the world”.

The pioneer is the founder of world’s largest non-profit BRAC, formerly known as Bangladesh Rural Advancement Committee. According to The World Food Prize, BRAC, founded in 1972, has helped raise more than 150 million people out of poverty. Hasan was also knighted by the British Crown in 2009 and is now called Sir Fazle Hasan Abed.

From development of scalable models to integration of scientific innovation and local participation, Hasan formulated many strategies that could benefit the poor. In addition to microcredit programmes that provided small loans to women, BRAC launched a sustainable agriculture project in Bangladesh, based on poultry farming. “Two decades later, the poultry project involved 1.9 million women, and had managed to establish commercial and social linkages that connected local activities to the wider national economy, and introduced women to the experience of making real profits,” says a report by The World Food Prize, the foremost international award that recognises achievements of individuals in human development.

Under his leadership of more than 40 years, BRAC’s agricultural and development innovations have improved food security for millions. The agriculture and food security programmes developed by Abed and BRAC have helped more than 500,000 farmers gain access to efficient farming techniques, proven technologies and financial support services. The organisation has now spread its anti-poverty solutions to ten other developing countries, including Afghanistan, Pakistan, the Philippines, Sri Lanka, Liberia, Sierra Leone, South Sudan, Tanzania, Uganda and Haiti. Among the objectives of BRAC’s agriculture and food security program have been to increase crop and livestock production while ensuring environmental sustainability, adaptability to climate change, and affordability for marginal and small farmers.

Not only this, Abed has also been a leader in empowering women and girls through microfinance, education, healthcare, and encouraging their active participation in directing village life and community cohesion. “We have always used an approach to development that puts power in the hands of the poor themselves, especially women and girls,” he says. “Educated girls turn into empowered women, and as we have seen in my native Bangladesh and elsewhere, the empowerment of women leads to massive improvements in quality of life for everyone, especially the poor,” adds Abed.

M S Swaminathan, the pioneer of India’s green revolution, chairman of the World Food Prize Selection Committee and the first World Food Prize Laureate in 1987, has praised Abed as a “strategic thinker, and a man with a future vision”. “While it was set up in the context of the post-war reconstruction in Bangladesh, and its initial focus was on basic needs and strengthening livelihoods, Abed soon realised that the better strategy would be to complement state efforts rather than repeating them,” adds the chairman.

“Despite its dysfunctional politics, Bangladesh remains a role model for other lower-income countries. In 2015, we are likely to meet five out of the eight millennium development goals (MDGs) set by the UN at the turn of the millennium. This is a testament to what people can achieve with limited resources,” says the laureate in the annual report of BRAC, released in 2014. The work done by the organisation has been acknowledged by renowned journalists, philanthropists and social workers. “BRAC in Bangladesh is the best aid group you've never heard of,” wrote Nicholas Kirstoff, in a 2013 opinion post on New York Times. “BRAC has done what few others have. They have achieved success on a massive scale, bringing life-saving health programmes to millions of the world’s poorest people,” said Bill Gates, co-chair, The Bill and Melinda Gates Foundation.

According to BRAC, 1 .14 million children are currently enrolled in BRAC’s 38,000 primary and pre-primary schools, and 9.51 million have graduated. BRAC's youth empowerment clubs provide life skills training to more than 260,000 teens from disadvantaged backgrounds.