This includes Chad, Somalia and the Central African Republic where air pollution has reached emergency levels

There is a severe dearth of reliable ground-level air quality measurements in areas that are home to many of Africa’s children, Unicef has said in a new report.

Just seven of Africa’s 54 countries were home to “real-time air pollution monitors” while only six per cent of children across Africa live within 50 kilometres of reliable air-quality monitoring stations that provide real-time data on the quality of air they are breathing, said the report.

Air pollution kills an average 18 out of every 10,000 children in low- and middle-income countries of Africa before they turn five, according to the World Health Organization (WHO).

But the deficiency in real-time ground-level monitoring of air pollution indicated that the impact of air pollution on children’s health was understated. The magnitude of the health emergency was much more than the current estimates, said Unicef in its report.

The monetary cost of polluted air too might be much more that the estimates available currently. The estimated economic cost of premature deaths from outdoor air pollution across Africa was $215 billion, whereas it was $232 billion from indoor pollution

Why is real-time data important?

It helped to better capture the daily — even hourly — fluctuations in air quality and hence was very important to improve public awareness, helping people to customise their behaviour and actions to both, reduce air pollution as well as their exposure to it.

Such data was very useful in identifying sources of pollution, shaping public health policy, and informing community level action and interventions that target the most affected.

For example, India releases a daily bulletin on ambient quality of at least 80 select cities covering key pollutants like PM10, PM2.5, sulphur dioxide, nitrogen dioxide, ozone, along with an advisory on their health effects.

But in the absence of sufficient number of ground-level air pollution monitoring stations, satellite imageries had been used to estimate exposure to air pollution. 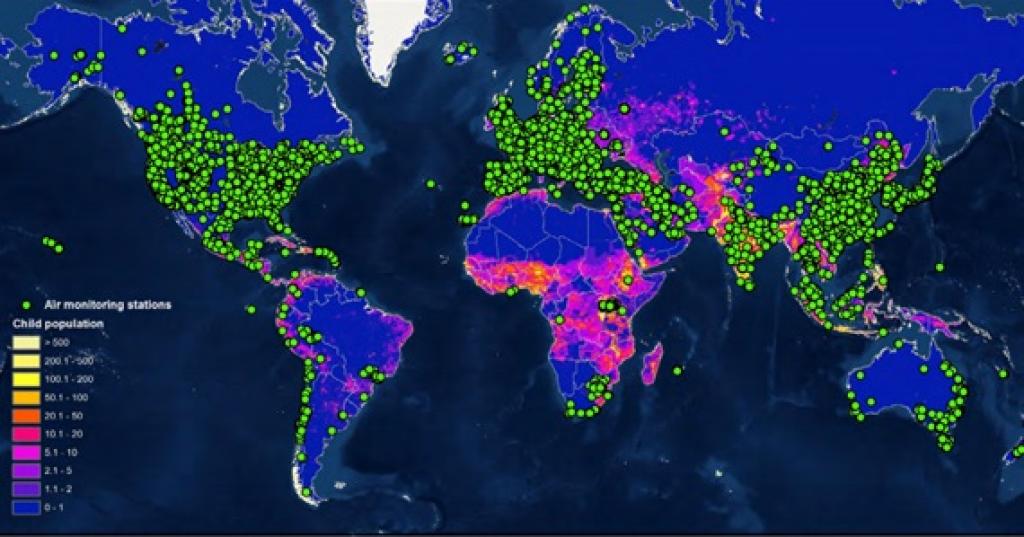 Out of two billion people exposed to high levels of air pollution, 520 million children were at risk in Africa, said Unicef, based on satellite data.

In this context, a 2018 study showed that a 10µg/m3 increase in PM2.5 is associated with a 9 per cent increase in infant mortality and with just a 5µg/m3 decrease across Africa, 40,000 deaths in 2015 could have been avoided.

An action plan to curb PM2.5 in the air needs quantifiable reliable data on PM2.5 from ground-monitors and the satellite data.

But satellite data had its own limitations too. For instance, for assessing the PM levels, satellite-based data retrieval got obscured due to cloud cover.

Therefore, data provided by ground monitors was also essential to validate the results, said the report.

The report called upon authorities in Africa and other regions to set up systems for reliable monitoring of air pollution.

Besides, it also called upon African leaders to reduce air pollution in their respective countries by investing in renewable sources of energy, providing affordable access to public transport, smart urban planning and better options for waste management.

“This report should also be considered as a wake-up call for India, which is monitoring the air of just 300 out of its 5,000 cities and towns. Air quality monitoring coverage in India is very weak as compared to that of the European Union or China, which have about a hundred stations per city,” said Vivek Chattopadhyay of Delhi-based non-profit Centre for Science and Environment.