Rwanda is one of the few African countries that seems to be on path to meet universal health coverage. Credit: Christophe Hitayezu

When motorcyclist Venuste Niyonsaba of Kigali in Rwanda met with an accident and was hospitalised for a week, he knew he would not have to worry about his medical bill. “I had to pay less than Rwandan franc (RWF) 2,000 ($2.3). The insurance paid my bill,” he told Down To Earth (DTE). This community-based health insurance, named Mutuelle de Sante, was set up in 2004. It reduces patients’ out-of-pocket expense as they have to pay only 10 per cent of the bill. To finance the insurance system, citizens pay as per their income categories—the rich pay RWF7,000 ($8.5) annually while the poor pay nothing. Universal health coverage (UHC) is one of the targets under Sustainable Development Goal 3 (SDG3)—“Good Health and Well Being”—and Rwanda is one of the few African countries that seems to be on path to meet the target.

Though there was progress in Africa towards the Millennium Development Goals (MDGs), supposed to be achieved by 2015, the continent fell short miserably. The Sustainable Development Goals (SDGS), set for 2030, provide another opportunity to Africa to ensure that lack of healthcare does not limit its economic development. The path is difficult. As of 2013, only six of Africa’s 54 countries managed to meet the target of 15 per cent of annual government budget expenditure on health. This target was set during the Abuja Declaration of 2001. Informal economies in most countries make it difficult to use taxation as a source of revenue. As a result, investments in health are highly variable across the continent, ranging from 4 per cent in Cameroon to 17 per cent in Swaziland. Rwanda was one of the countries that could meet the Abuja target. It has managed to put an effective health system in place and there is a lot that others can learn from Rwanda.

Rwanda’s healthcare system has been strengthened by 58,286 community health workers (CHWs), who are part of the National Community Health Worker Program launched in 2007. They go house to house to provide basic healthcare support and are trained to reduce maternal and child mortality, prevent diseases, fight malnutrition and promote family planning. CHWs do not get a regular salary. Instead, there is a Performance Based Financing system.

The country has also increased its health budget by 22.9 per cent between 2014 and 2018. The government spent RWF27,415.22 ($36) per capita on medical services in 2018. Rwanda has also shifted from a donor-dominant financing to domestic financing. External finance has fallen from 57.2 per cent in 2013-14 to 15.3 per cent in 2017-18. Domestic resources have been mobilised from the private sector and by citizen contributions.

On the ground, a mix of strategies to deliver healthcare are visible. To protect children from complications of malarial infection, insecticide-treated mosquito nets are distributed free to pregnant women on their first visit to the health facility and to children during their final visit under the Expanded Program of Immunization for measles since 2006. Rwanda has also been quick to adopt telemedicine to help health service providers. In November 2016, it launched a drone medical delivery project to ensure quick delivery of blood to hospitals. Rwanda’s vaccination programme has also been a big success. As many as 95 per cent of children under five complete their vaccination while all teenaged girls get cervical cancer vaccination. As per the Rwanda Demographic and Health Survey (2014-15), the infant mortality rate has declined by 30 per cent since 2000, the under-five mortality rate by 25.51 per cent and neonatal mortality rate by 45.45 per cent. Between 2005 and 2014, the maternal mortality rate decreased by more than three times—from 750 per 100,000 live births to 210—while stunting fell from 51 per cent in 2000 to 38 per cent in 2015.

Talking to DTE, health minister Diane Gashumba said that Rwanda will be able to achieve SDGs in health by 2030. “We managed to achieve MDGs and there is no doubt that with commitment and collaboration with other sectors, including the private sector and other public institutions, and full support of our top leaders, we will achieve SDGs too,” she said.

“The effectiveness of the system is due to the setting up of people centered services (to include every category of people), integrated services, sustainable services (sustaining initiatives like the cooperative of CHWs to avoid it from failing, urging stakeholders to not initiate new initiatives but fund the existing ones and infrastructure) and setting up the priority of the country,” says Parfait Uwaliraye, director of planning in the ministry of health.

Addressing the 71st World Health Assembly in May 2018, the President of Rwanda, Paul Kagame, said UHC is an opportunity, not a burden, and achieving it is affordable for countries at every income level.

Fund crunch
Adequate funding of the health system is crucial to meet SDG3. Sub-Saharan Africa accounts for about 11 per cent of the world’s population and bears 24 per cent of its disease burden. But the governments here spend just 1 per cent of the world’s total health expenditure. As a result, there is a high out-of-pocket expenditure borne by patients. At a meeting organised by African countries in Rwanda in June 2017, it was estimated that 11 million people become poor every year due to these reasons. As per a 2015 estimate by the World Health Organization, countries had to invest more than $86 per capita every year to ensure UHC. But most African countries do not meet this standard. A study in PLoS ONE in August 2018 looked at the health insurance schemes in Ghana, Kenya, Nigeria and Tanzania and concluded that at the current levels, Kenya, Tanzania and Nigeria would not be able to achieve UHC and meet SDG on health by 2030. Ravi Ram, member of Peoples Health Movement (PHM), a global network of public health experts, working in east African countries, says there is no clarity as to what is being done in the continent to meet the target. Many countries are relying on private insurance and there is no effort to improve the primary health system, says John Eliasu Mahama, an expert with PHM in Ghana. Without strengthening the health infrastructure, universal insurance cannot be achieved, they say. 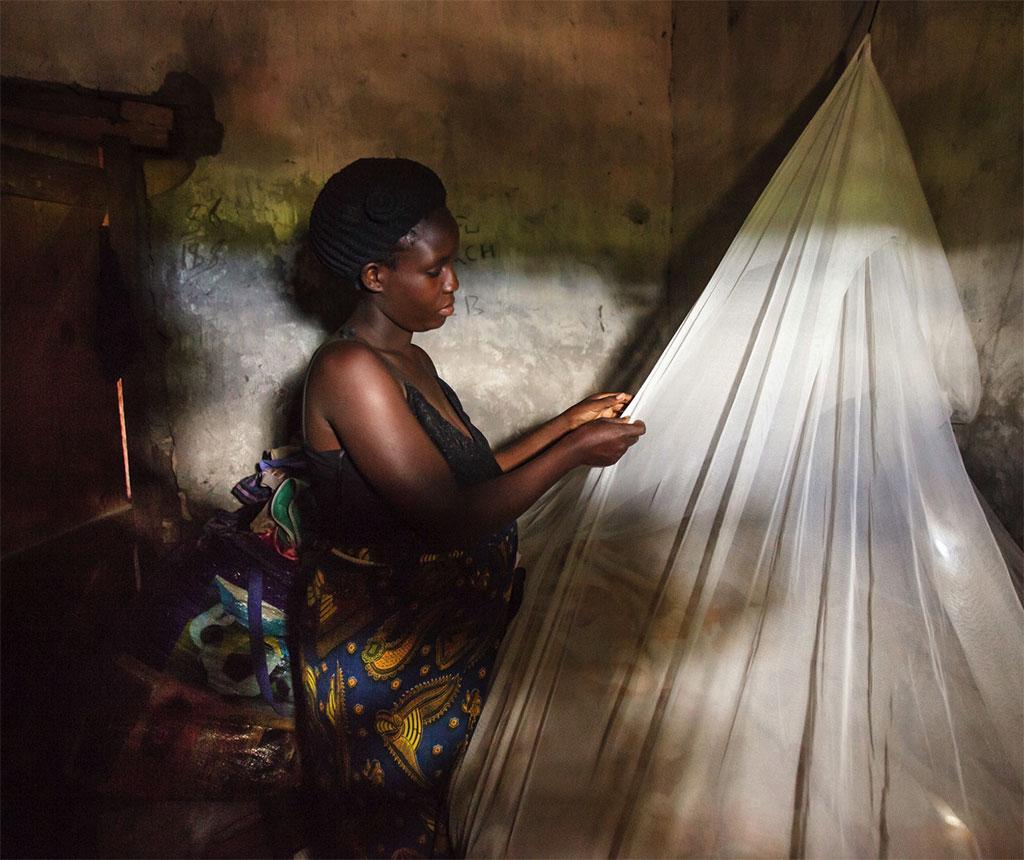 Small initiatives help
Experience has shown that small initiatives can help improve health indicators and ensure UHC. One such initiative is the AfyaElimu Fund in Kenya. It was set up by non-profit IntraHealth International, Kenya’s Strathmore Business School and the African Medical and Research Foundation to provides loans to students who want to become health workers. “The aim is to address the critical shortage of frontline health professionals who offer ‘promotive’ and preventive health services in dispensaries and health centres at the community level,” Wasunna Owino, chief of party of the Human Resources for Health Kenya Program of IntraHealth International, told DTE. The party is implementing the programme along with other partners. The project started in 2013 with a $1.19 million seed money from the United States Agency for International Development. The health ministry provided $0.1 million and private contributors gave $1.2 million. The funds take care of the total fees of the course. “This was not a scholarship fund but a revolving fund. Those who benefit repay the money after they get employed, so that it benefits other equally needy students,” he says. So far, 4,814 students have graduated from medical training colleges (MTCs) and another 19,242 are enrolled in 110 MTCs across the country. Owino, however, ackno wledges that there are challenges. Every needy student does not get the benefits and every beneficiary who graduates does not get employed, he says.

In Liberia, the focus is on improving the surveillance system against infectious diseases like Ebola. Under an initiative named One Health, service providers, such as those providing laboratory services, have come together to assess the capacity requirements and gaps in the health services, and to devise solutions, such as training prog rammes, to overcome challenges. “Liberia is the first country in the region to rollout a field-level epidemiologist training progra mme,” says Sonpon Sieh, coordinator of One Health in the country.

Mobile apps too have been found useful in monitoring outbreaks in Liberia. mHero, a mobile phone-based communication system that uses basic text messaging to connect the health ministry and health workers, is one such app. mHero operates on simple talk-and-text mobile devices—no smartphone or tablet required. IntraHealth International and UNICEF created mHero in August 2014 during the Ebola outbreak in Liberia to improve communication net-work in the health sector.

The use of mHealth apps is not limited to monitoring of epidemics. In Rwanda, an app, named Babyl, is being used to ensure accessible and affordable health services to all. Within a year of launch, it was used by 0.1 million people. This platform uses a combination of artificial intelligence and machine learning with doctors and nurses to provide medical consultations to anyone with a mobile device. Kenya has a new initiative named M-TIBA, a mobile health wallet.

Some countries have adopted a more localised approach. Rwanda has set up condom kiosks across the city to reduce HIV infections. AIDS Healthcare Foundation (AHF) in collaboration with the ministry of health through Rwanda Biomedical Center, initiated the programme in 2016. “At present each kiosk distributes over 28,000 condoms per month,” says Narcisse Nteziryayo, in-charge of prevention activities, AHF-Rwanda. “Our main objective—to increase the use of condoms—has been achieved.

While these initiatives try to fill the need, it is imperative that the continent strengthens its health data to meet SDG3. For instance, more than half of the African countries lack high quality nationwide data on diabetes and deaths related to it. Data on 31 per cent of the indicators under SDG3 is not available, says “2017 Africa Sustainable Development Report” by the United Nations Economic Commission for Africa.

Similarly, 11 of 17 SDG goals have indicators interlinked to SDG3. But 30-82 per cent of the key indicators under the related targets do not have relevant data. For instance, SDG6, aimed towards access to clean water and sanitation with a significant impact on health, suffers from a huge data deficit. The inter-linkage of SDG3 with other SDG goals means that progress in health outcomes will only be achieved with progress in related sectors—nutrition, water and sanitation, air quality, road safety, education, gender equality, poverty, among others.

So what can be done? Information systems need to be strengthened as per SDGS. Countries must set up national-level targets with indicators relevant to achieving them. The role of public and private sectors, and civil societies cannot be underestimated.

The countries should ensure collection and convergence of data. National statistical institutes should generate and manage accurate, unbiased data.

(This article was first published in the 1-15th December issue of Down To Earth under the headline 'Lessons from Rwanda'. It is part of a series on healthcare in Africa. See previous articles in related stories).