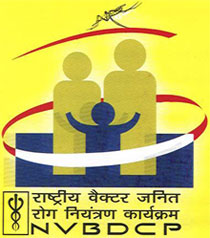 The Union Ministry of Health and Family Welfare has invited bids for supply of about 10 million mosquito nets under its National Vector Borne Disease Control Programme. Environmentalists are protesting a requirement specified in the tender: the nets are to be wrapped in plastic sheets at the time of supply.

In March, the ministry had issued a tender asking for long-lasting, insecticide-treated nets. The bidding is scheduled on June 14. While the tender mentions that the bundles of the mosquito nets are to be wrapped in low density polythene film of 60µg (microgramme) thickness or “any other suitable material as agreed to between the purchaser and the supplier,” officials in the ministry state that plastic is preferred. They reason that once received the mosquito nets will not be immediately distributed and plastic would increase their shelf life.


Bharti Chaturvedi, director of Chintan, a non-profit which works with wastepickers, says prevention of malaria is an important step for the ministry but concern for the environment should not be left behind. “The ministry has floated a tender for 10 million mosquito bed nets and each net has to be packed in plastic bags. When distributed, these nets should reach the end user without the plastic to make sure they are not resold by the users.”

Chintan suggests use of bio-degradable, tamper and weather proof material for bulk packaging of 20, 30 or 50 nets in order to minimise damage. Though the thickness of the plastic packages (60µg) is within permissible levels, Chintan Advocacy manager Pratiksha Gogoi says, this tender will produce approximately one extra plastic bag for every Indian, or 10 million trashed plastic bags. Most of these nets will go to the rural areas in states like Chhattisgarh, Jharkhand, Odisha and Maharashtra where sanitation problems persist. “This extra manufacture of plastics would add to the problems of drainage and consequent health issues among the rural poor, where waste collection systems do not exist. Besides, plastic bags themselves accumulate water and offer a breeding ground to mosquitoes,” Gogoi adds.

The ministry move can be seen as a contradiction of government claims and actions for a healthier environment. Many cities in the country have banned or restricted plastic bags because of difficulty in handling them and the health problems they cause. Gopal Krishna of non-profit Toxics Watch Alliance says several years of campaign and protests against plastic does not seem to have reached the ministry's ears. Krishna suggests that the ministry should make the manufacturer responsible for ensuring proper disposal of the bags through extended producer responsibility. “The biggest concern is that this plastic should not reach the open dump-sites or open environments and should be disposed properly through authorised channels.”