The so-called ‘Bengal variant’ of COVID-19 seems to have reached a plateau, say medical experts 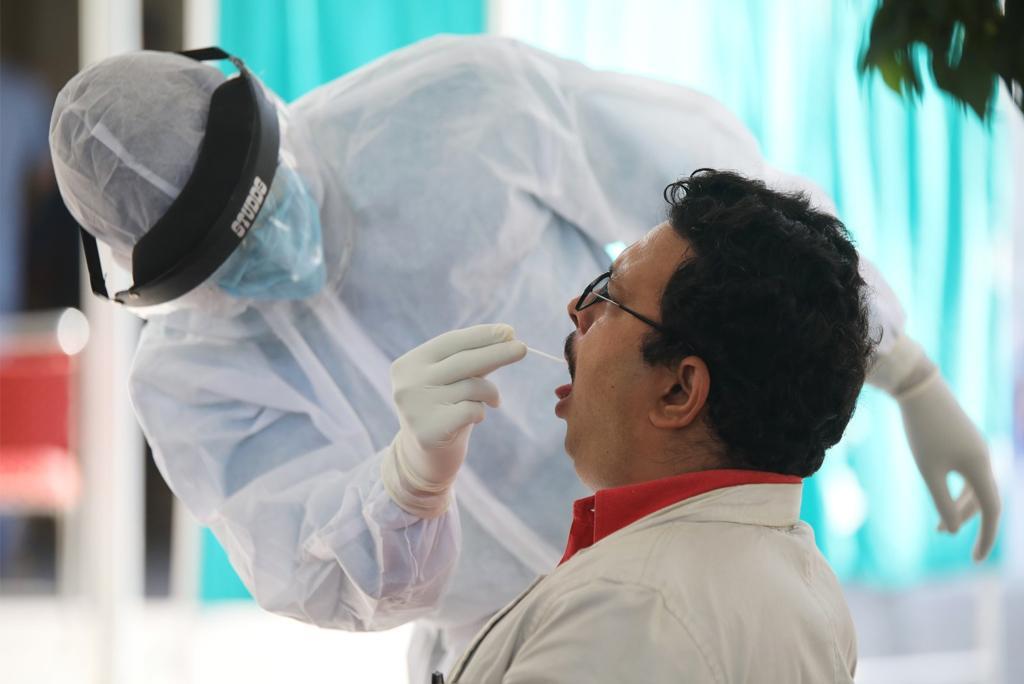 The ‘double mutant’ Indian variant of SARS-CoV-2, B.1.617, is indeed evading the reverse transcriptase polymerase chain reaction, or RT-PCR test, physicians have admitted.

Another close variant, B.1.618, first isolated from West Bengal in October 2020; is also adding to the risk. However, the scientists studying it have confirmed that its growth “seems to have reached a plateau”.

Many patients in Delhi and Mumbai as well as Kolkata recently complained that RT-PCR tests, the gold standard for identifying novel coronavirus disease (COVID-19) infection, had returned negative reports.

These patients then had to undergo other tests to locate the contagion as COVID-19-like symptoms continued to haunt them.

“It is a fact. My father-in-law, who got an RT-PCR test done, was found negative but was found positive in an HRCT (High-resolution computed tomography) as his symptoms continued,” a doctor from the COVID-19 unit of Beliaghata ID Hospital in Kolkata told this reporter.

“Around 5 per cent patients coming to us are showing such a trend and we have to depend on HRCT and bronchoscopy to confirm the presence of the virus and start treatment,” the doctor added.

Ajay Sarkar, critical care specialist in charge of the COVID-19 unit of Kolkata’s Peerless Hospital, said such cases were fewer in the first wave of the disease last year, but had increased this time.

RT-PCR is a method used for detecting the presence of specific genetic material in any pathogen, including a virus.

“The conventional SARS-CoV-2 strain usually colonises the nasopharyngeal region where the body’s immune system counters it and stops it from directly accessing the lungs,” Anirban Dolui, a public health expert associated with West Bengal government, said.

However, the double mutant variant was believed to evade the nasopharyngeal region and colonise the lungs directly, he added.

This might be the reason why the sample drawn from the nasopharyngeal region might not have the viral load, resulting in the patient being recorded negative, he explained.

“It is a fact that the double mutant seems to be evading the nasopharyngeal region of the patient, as it escapes the body’s immune system,” Dhrubojyoti Chatterjee, vice-chancellor of Sister Nivedita University Kolkata and a molecular biologist, confirmed.

Earlier, various logistic and technical factors like improper sampling, inappropriate transportation and delay in testing as well as usage of less sensitive reagents and technical incompetency had been responsible for COVID-19 positive patients being reported as negative, Krishnajyoti Goswami, a biochemical scientist, said.

Mutants adding to the concern

Chatterjee pointed out that though the role of the double mutant strain was not fully clear in West Bengal yet, it seemed to be impacting Maharashtra and Delhi severely.

Vinod Scaria, a scientist at Council of Scientific and Industrial Research-Institute of Genomics and Integrative Biology, recently tweeted:

Experts have pointed out that B.1.618 has four mutations to the spike protein linked with heightened infectivity and escaping immune response.

However, there is still no conclusive evidence that the strain is playing any role in the current upsurge of COVID-19 cases in West Bengal where the number of affected people per day has increased nearly five times during the last fortnight.

“B.1.618 has peaked during January but now seems to have reached a plateau; it is only a variant of interest (VOI) to us at this moment,” Soumitra Das, director of National Institute of Biomedical Genomics in Kalyani near Kolkata, told this reporter.

Das however explained that though the double mutant variant was also a VOI, its circulation was still reasonably high in some districts of Bengal like Kolkata, South 24 Parganas, North 24 Parganas and Howrah.

West Bengal April 21 for the first time added more than 10,000 new cases even as the second wave raged through the country.